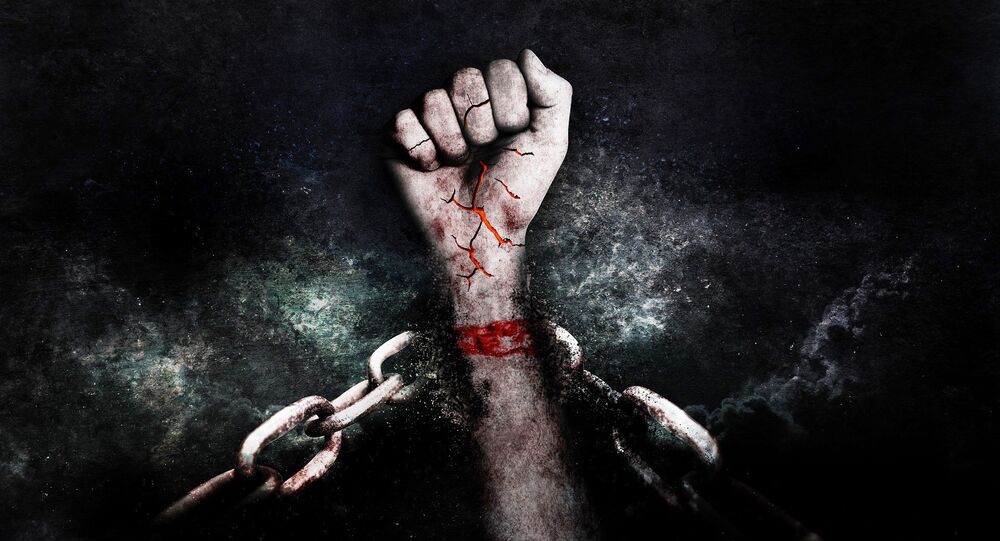 In 2014 Britain's Home Office suggested there were 13,000 victims in the UK, a figure described at the time by the National Crime Agency as "tip of the iceberg." The latest 2018 Global Slavery Index confirms the comment by the NCA was true.

The scale of modern slavery in Britain is much higher than previously thought with more than 136,000 people treated as slaves and almost half of the victims are children, according to the latest 2018 Global Slavery Index.

"We cannot sit back while millions of women, girls, men and boys around the world are having their lives destroyed and their potential extinguished by criminals seeking a quick profit." Mr. Andrew Forrest, Founder of the Walk Free Foundation said.

The 2018 Global Slavery Index (GSI) is the most comprehensive study on the issue that's ever been published and measures the extent of modern slavery in individual countries and the steps governments are taking to respond to this issue and the steps they're taking to end it.

An important finding is that the prevalence of modern slavery is higher than previously thought in wealthier countries. "Even in countries taking the most action to respond to modern slavery, this does not mean these initiatives are in vain." The report states.

"There are critical gaps in protections for groups such as irregular migrants, the homeless, workers in the shadow or gig economy and certain minorities. These gaps, which are being actively exploited by criminals, need urgent attention from governments."

The report indicates the British government is making attempts to combat modern slavery, provide transparency and display international leadership on the issue, however the UK needed to make improvements in how victims are treated.

"The identification of victims is inconsistent, sometimes ineffective, and in need of urgent and significant improvement," the report into slavery in the UK says.

The wait is over… we are proud to launch the 2018 Global Slavery Index. The GSI shines a light on #ModernSlavery– a crime usually hidden in the shadows. #UnravelSlavery in the #GSI2018 👉 https://t.co/WqxtttcL6X pic.twitter.com/eKnk6VDJtL

"Police don't always recognise victims as victims, so they remain in the hands of those exploiting them. We found that investigations are being closed prematurely, leaving victims unprotected and offenders not brought to justice."

"It was disappointing to find that some frontline officers did not consider modern slavery to be an issue in their force area."

In 2018, 18 individuals were convicted of offences including sexual abuse, supplying drugs, and trafficking for sexual exploitation in a series of trials over a case involving 700 women and girls who were sexually abused around Newcastle. The GSI report reveals 41 percent of victims in the UK are children.

Children who are neglected at home, have been abused before, parental drug or alcohol abuse or low self esteem are more vulnerable to the exploitation of traffickers.

ECPAT (Every Child Protected Against Trafficking) found that 28 percent of children exploited went missing from care at least once. Traffickers groom them with gifts and attention and introduce them to drugs and alcohol before subjecting them to sexual violence or forcing them to deliver drugs around the country.

"It's widely accepted that most crimes go unreported and unrecorded, because the victims are marginalized and vulnerable, and the black economy thrives where accountability is absent," says Andrew Forrest.

"This report demonstrates, straight from the mouths of some of the 40.3 million victims of modern slavery that these are deplorable crimes which continue to happen out of sight, and at a tragic scale," Andrew Forrest adds.

No country is immune to Modern Slavery, we must work together across borders to fight this transnational crime… #GSI2018 #UnravelSlavery pic.twitter.com/Zgq6VuK8gz