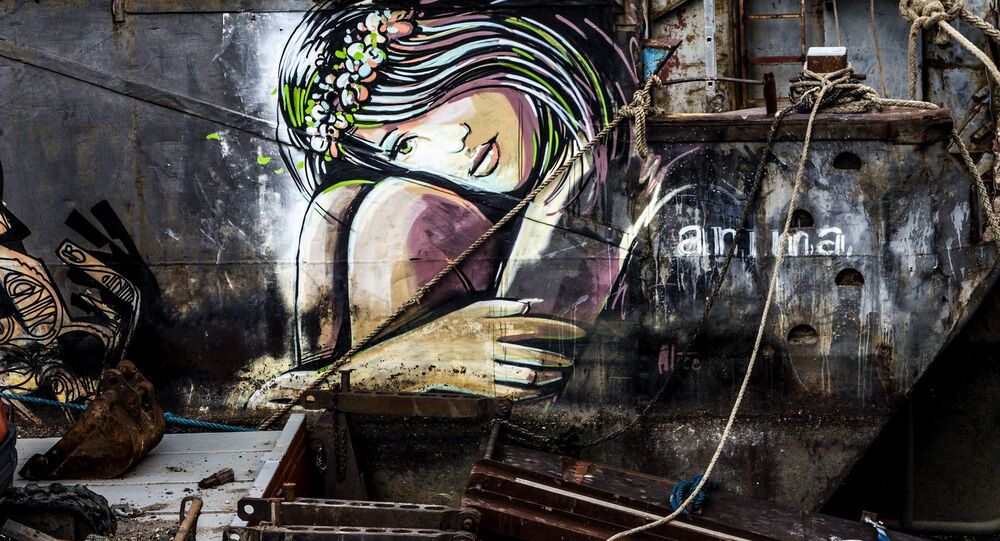 "Everyone's focusing on the boys because of the murders, but what about the girls?" Kendra Houseman, a former gang member now child sexual exploitation specialist told Sputnik.

"Police reckon there are 250 gangs in London, how many girls are attached to that for exploitation? I don't want to think about those numbers because it will hurt my heart," she adds.

"If there are gangs, there's child sexual exploitation. It's about power," says Kendra.

London's Metropolitan Police Service is currently investigating at least 73 murders that have been committed since the start of 2018; it's thought many of the killings are gang related.

"Girls can't talk about it, if other people find out they'll be kicked out of the subculture they're already in. Girls learn to be quiet," she says. "And when we do talk about it, it's so shocking the child element gets lost in the narrative." she says.

In 2013 and in the wake of the Rochdale scandal involving underage girls in the north of England who were sexually exploited by a group of Pakistani men and the exposure of Jimmy Savile as Britain's most prolific pedophile, the House of Lords asked the government what steps it was taking to prevent child sexual abuse.

"My Lords, research suggests that at least one in 20 young adults in the UK experienced sexual abuse as a child, but most incidents are not reported to the police," Baroness Howarth of Breckland said.

In 2016, 17,600 children were thought to be at risk of sexual abuse in England and Wales, according to the UK's center for expertise on child sexual abuse run by the Home Office, which suggests cases of exploitation are still unreported.

"Most CSE remains hidden and is never reported to, or uncovered by an official agency", the center's scoping report states. "Recording cases as CSE is relatively recent, with some agencies yet to do it at all."

However Kendra says there are even deeper issues surrounding the sexual exploitation of young people.

"What's more under-reported than CSE, is the huge percentage of boys being sexually exploited by gangs," Kendra reveals. "It is openly known men will assault other men in prisons to prove dominance so why don't people think that takes place in gangs?" Kendra asks.

"There's the sexual exploitation of boys, gangs embarrassing boys, lending out boys to other people to prove dominance, I've known boys turn other boys into drug addicts. If they can't mug off a boy enough to make them do an act on another boy they'll do it."

Great to be up at #FSTConference2018 presenting ‘Crashing’ — raising awareness around CSE, boys & young men and the complex behaviours that victims of exploitation may exhibit.

Recent Home Office data suggests 15 percent of young girls and five percent of boys experience some form of sexual abuse by adults and peers before they're 16 years old. However outside estimates suggests that number could be as high as 30 percent for girls and 23 percent for boys, according to the Center of expertise for CSE.

The past few days have shown me that I need ro train and educate as many people as possible. Knowledge is most definitely power in regards to understanding gangs, CSE and county lines

© AP Photo /
Surge in Child Exploitation in UK Sees Record Number of Slavery Victims
The number of child sexual exploitation cases shot up by 66 percent in 2017, following the use of county lines by crime gangs who force children to traffic drugs and money between cities and small rural towns, according to the National Crime Agency.

"Dealers will usually use a single phone line to facilitate the supply of class A drugs — primarily heroin and crack cocaine to customers. The county line becomes a recognized and valuable brand and is therefore protected with violence and intimidation," the NCA says.

Gangs from Liverpool and Manchester are grooming teens to work as drugs runners. They look for kids who blend in, including kids from nice areas. If you're concerned about your teen call Crimestoppers 100% anonymously on 0800 555 111. #SpeakUpStaySafe #CountyLines pic.twitter.com/UYP3RTRvCO

Happy to have been appointed @metpoliceuk lead for Missing People. I will be working closely with colleagues & partners leading on CSE, criminal exploitation / #CountyLines and other interconnected risk & vulnerabilities.

​​Kendra is the Gangs & Child Sexual Exploitation (CSE) Interventions & Protection Manager at a secondary school in Kent and works every day towards preventing the abuse of young people while "the government only seeks advice when there's a crisis," she told Sputnik.