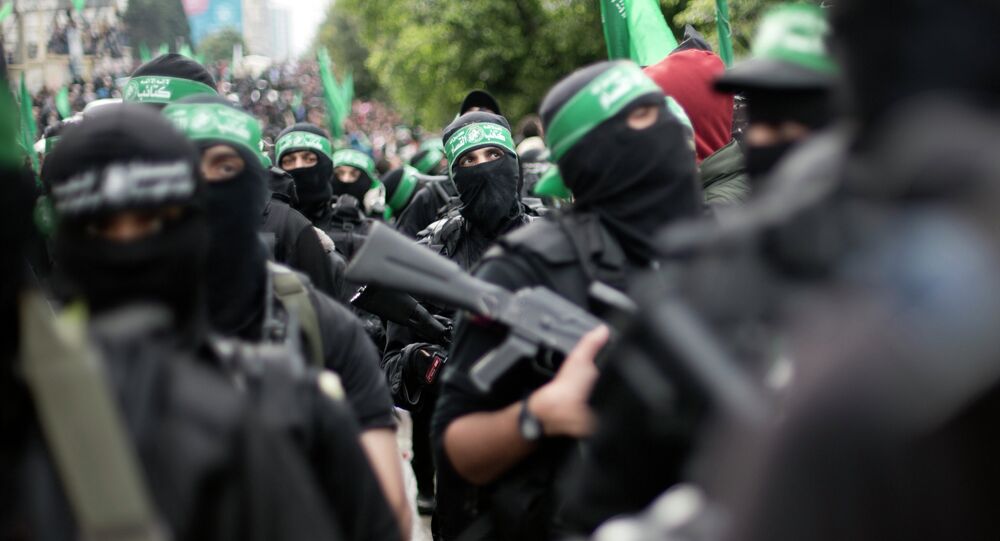 Hamas leaders largely see the resignation of former Israeli Defence Minister Avigdor Lieberman as their victory. Speaking to Radio Sputnik, Qanta A. Ahmed, a British-American Muslim, non-fiction author and broadcast media commentator, shared her views on the Islamist organization and the way it spends international aid provided to Palestinians.

Sputnik: You visited the Gaza border this autumn. What did you find out while being there?

Qanta A. Ahmed: I think until you actually see the geography and the proximity of the threat to the state of Israel it's very difficult to interpret events from 10 thousand miles away and that's why I went. I specifically went to understand the geography of the border; I also wanted to see the tunnel networks that Hamas has built and actually walks inside the tunnels which were seemed to be high-finished concrete with ventilation, electrical wiring, [and] lightning. I went in wearing a white jacket and came out completely in fact to see where the billions of dollars of international aid have been spent.

© AP Photo / UN Photo/Evan Schneider
Palestinian Envoy on Situatuion in Gaza: UNSC Fails to Shoulder Responsibility
And I also was privy with the deputy commander of the Gaza division to satellite images which were classified and I was not allowed to take pictures of them in any way. But it gave me some idea of the network of tunnels inside Gaza or like in described [inaudible] everywhere where the tunnel is being built. Many of them have been identified by Israel and it looks like Jackson Pollock's painting. It is unbelievably densely built up with a labyrinth of tunnels which would put to shame the British underground or the American subway network.

And this is what happened is in conflict, there is a labyrinth [that] provides shelter not to Palestinian civilians — who are at the mercy of Hamas and who are themselves tremendously victim to these rabid anti-Zionists and fanatical Islamic leadership they have in Gaza — but the Hamas commanders going there, they store armaments in there.

READ MORE:  Lieberman's Resignation Far From Being a Victory for Hamas — Academic

© REUTERS / Ahmed Zakot
Gaza Violence Part of ‘Collective Punishment' for Palestinians - Activist
And by using these underground tunnels they are able to evade a lot of the most modern surveillance techniques that Israel uses just like the United States does in sense of grand technology and so forth. So, one was the extraordinary militarization of the Hamas warfare, which is clearly anticipating more conflicts in the future, at the expense of the increasingly impoverished population.

Remember until recently the United States was providing $240 million annually to ANERA [American Near East Refugee Aid] to support these refugees. Much of this money [is] going into building the infrastructure that I was seeing. Certainly, I want people to understand that this war that you see — we are not in a war at the moment but it's true, this is the most violent skirmish between Hamas and Israel in many years.

And there is a threat that it could spill over into warfare. The war is on several levels. It is now has to abide by international rule of law. Israel is held to the same standards as the United States or Britain might be in a conflict. And Hamas consistently violates after this incident, though I don't see that as a provocation. Hamas sees the existence of Israel as a provocation to any kind of violent warfare.

Hamas is able to launch 460 rockets now we think maybe 500 rockets. Those rockets they should be properly named missiles have missile impact and they have no ability to be targeted with precision. So, they by definition will target civilians in Israel, kindergartens in Israel. The terror tunnel I went inside actually came out in a farmer field with the intent to going to a nearby kindergarten. So this is the circumstance that Israel lives with every day.