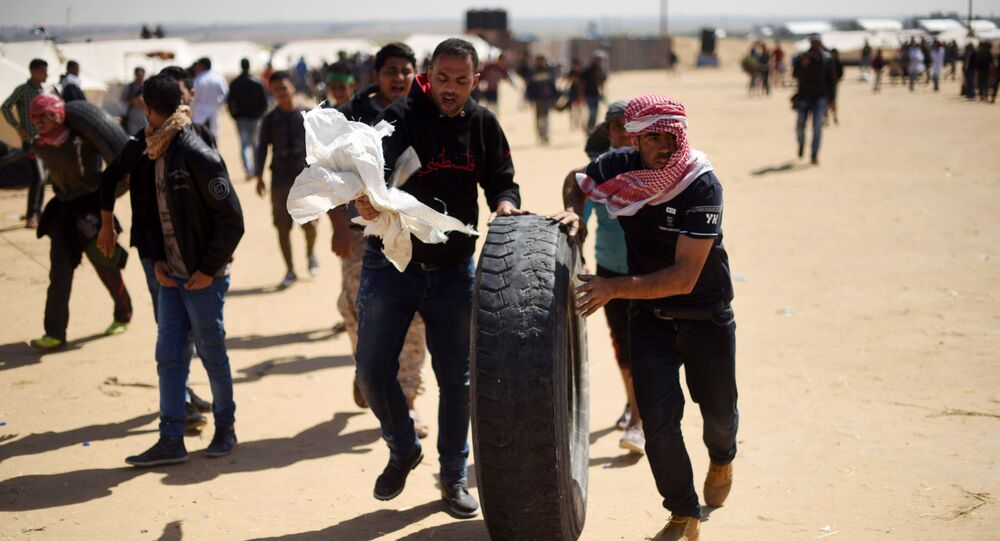 MOSCOW (Sputnik) - Hamas spokesman Sami Abu Zuhri has stated that the resignation of Israeli Defense Minister Avigdor Lieberman proves that Israel recognizes its failure in the fight against Palestinian resistance.

"[Lieberman's resignation is an] admission of defeat and a sign of failure to face the Palestinian resistance," Zuhri said, as quoted by The Jerusalem Post.

According to Zuhri, these political developments in Israel mean a "political victory for Gaza."

The comment follows Lieberman's refusal to support the government's decision to cease hostilities with Gaza militants on November 13, criticizing it as a "capitulation to terrorism." The minister, instead, has called for a more decisive blow against the Hamas movement, de facto governing the enclave. Lieberman also insisted that an early parliamentary election should be held in the country as soon as possible.

© AFP 2021 / Wolfgang Kumm
Israeli Defenсe Minister Lieberman Resigns, Slams PM for 'Surrendering to Hamas'
Apart from that, Lieberman announced his resignation and the withdrawal of his right-wing Yisrael Beiteinu party from the ruling coalition headed by Prime Minister Benjamin Netanyahu over the sharp disagreement on a Gaza ceasefire deal.

The resignation of Lieberman has not deprived Netanyahu of the parliamentary majority's support but reduced the ruling coalition to 61 seats in the 120-seat Knesset.