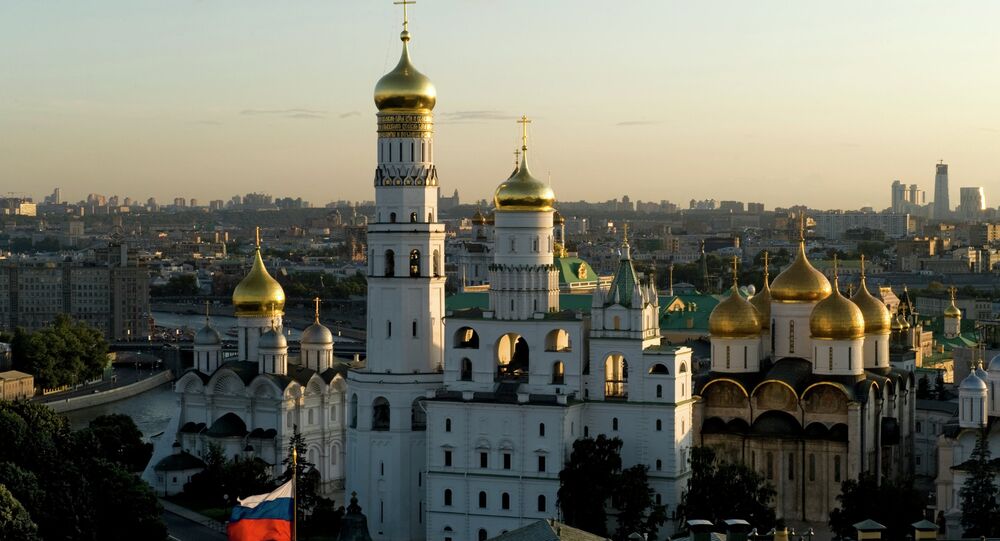 'Russia Has Emerged as an International Conservative Leader' - Academic

The new European Right are likely to bring an end to EU expansionism towards Russia's borders and finally seal a post-Cold War settlement between Moscow and the West, Glenn Diesen, professor at the Higher School of Economics, has told Sputnik.

The Bavarian 2018 landtag vote has yet again confirmed that right-wing conservatives and patriots are increasingly commanding support among the European public while shattering the pillars of the Brussels-imposed "liberal order." The refugee crisis and the EU's inability to cope with it have apparently become a wake-up call for the Old Continent. Under these circumstances, Russia has taken on a new significance in the eyes of the European Right as a citadel of traditional values. Simultaneously, on the other side of the ocean, Donald Trump is facing confrontation from the US left-wing political establishment. Simmering political confrontation on the both sides of the Atlantic are exacerbated by a looming economic crisis, foreseen by prominent financiers and economists.

Sputnik reached out to Glenn Diesen, a professor at the Higher School of Economics (Moscow), and author of "The Decay of Western Civilisation and Resurgence of Russia: Between Gemeinschaft and Gesellschaft," asking him to comment on the role of the rising Right, Russia and Donald Trump's US on Europe's future.

Sputnik: The recent elections in Bavaria, Germany, have indicated that the country's major parties are giving way to the right-wing opposition and the Greens. Likewise, in Italy, Sweden, Austria, the Netherlands and elsewhere, conservative opposition is gaining ground. What's behind the recent trend? Is it in any way connected to Brussels' migration policy, which envisages spending millions on refugees amid a looming economic crisis?

Glenn Diesen: These new right-wing opposition figures can be referred to as populists or classical conservatives, and they represent a reaction to the excessive political and economic liberalism since the 1980s and 1990s. The rapid demographic changes caused by refugees and migrants have created concerns about societal security, which is the ability of societies to reproduce their culture, traditions, and distinctiveness. Brussels and Berlin were already promoting the EU federalism as an effort to transcend and deconstruct the nation-state, and their open-border policies amplified existing discontent by classical conservatives. However, the radical economic liberalism of globalism is also a source of anger. Europe and the US have traditionally balanced free-market capitalism with state intervention to support strategic industries and protect communities vulnerable to overwhelming market forces.

Sputnik: Is Russia a natural ally of European conservatives? What's your take on Donald Trump's fight against the globalist establishment? What do you think about the possibility of some sort of "alliance" between European right-wing forces, Russia and Trump's America? Why has Trump found himself in opposition to both Europe and Moscow?

Glenn Diesen: The European conservatives are not identical, and they present both challenges and opportunities. A commonality is that most of them reject the artificial redrawing of ideological borders after the Cold War. Trump and the rest do not divide the world into liberal democracies versus authoritarian states; rather, they see the fight for civilization to be between globalists and nationalists or cosmopolitans versus patriots.

Russia, therefore, switches from being an adversary to an ally, as Russia has emerged as an international conservative leader that stands up for traditional European culture, Christianity, traditional values, and the family unit. Russia has returned to its pre-communist role as the go-to country for Western classical conservatives. The opportunity for Russia is obviously that the new Right are prepared to stop NATO/EU expansionism towards Russian borders and finally reach a post-Cold War settlement.

© REUTERS / Alessandro Bianchi
'Arrivederci, Merkel': Salvini Talks Bavaria Elections, European Politics
At the moment, the West is fighting itself to correct its liberal delusion, and any efforts to establish an "alliance" will be counter-productive, as it would augment the perception of Russian being behind every populist movement. Moscow should also be aware that Trump's "America First" doctrine does not entail withdrawing from the world. He is pragmatic and wants to make America's global influence more durable by converting vassals into allies and the end of ideological and expensive military adventurism. Relations between the US and Russia will, however, not improve under Trump as the establishment seeks to balance his rapprochement efforts. Trump is a transitional figure, and opportunities for US-Russian relations may emerge after Trump.

Sputnik: In your book "The Decay of Western Civilization and Resurgence of Russia" you discuss the problems of modern Western society, in some sense echoing Oswald Spengler's "Decline of the West." Can the ongoing resurgence of the Right in Europe stop the decay?

Glenn Diesen: It is correct that I build on the ideas of Spengler, who argued that civilizations begin to decay once they outgrow the culture they are built upon. This is also similar to the arguments of Pitirim A. Sorokin, Ferdinand Tönnies, and philosophers dating back to Plato. The challenge for all civilizations is to position themselves between stasis and transformation, as it needs to balance the traditional and the modern, spiritualism and materialism, the past and the future, and continuity and change. Human beings are social animals that have been able to organize into very large groups based on in-group distinctiveness. The instinct to reproduce and conserve the group has been the source of security, belonging, meaning, and social cohesion. Yet, human beings also have the contradictory impulse to reach out and engage with the unknown and evolve.

READ MORE: It's Unclear Whether EU Will Fall Apart, But Change is Coming — US Investor

© AP Photo / Olivier Matthys
Eurosceptics' Pressure May Erode Brussels' Subservience to US – Analyst
The greatness of Western civilization can be attributed to political pluralism, which enabled it to balance the contradictory impulses of man by navigating between the conservative and progressive liberal. We developed nation-states as large tribes based on the arbitrary authority of ethnicity, culture, religion, and traditions, while excessive tribalism was balanced by liberal progressivism that promoted individual freedoms from such constraining authority. Modernizing by eliminating the traditional causes a counter-reaction, as the Enlightenment and Renaissance was followed by the Counter-Enlightenment and Romanticism, and the excessive liberalism of globalism caused the rise of the populists across the West.

The West is in decay due to conformity around a liberal delusion that effectively dismantled classical conservativism and any meaningful political pluralism. The new Right can in theory stop or at least slow down the decay by restoring a balance. They appear to recognize the problems facing Western civilization, albeit they do not necessarily have the answers. There are some risks and dangerous historical precedents in terms of attempting to conserve what has already been lost, and the conservatives themselves must be balanced to prevent descending into xenophobia.

To the Right: Many Countries Going in the Same Direction as America, Why?