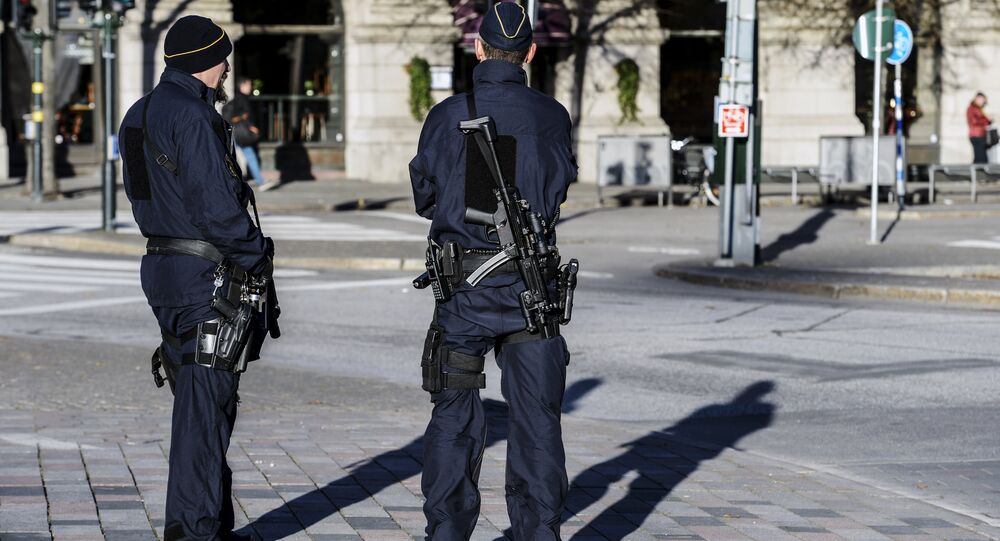 The EU-promoted globalist agenda, socioeconomic experiments and migrant policies have prompted rejection among Europeans and triggered a rise in the power of conservative parties, Sweden-based academic Dr. Bilyana Martinovski told Sputnik, discussing the Swedish 2018 vote and shedding light on the silenced surge in rape cases in the country.

The rise of conservatism in Europe is "a natural reaction to extremely violent leftist and globalist policies," Sweden-based academic Dr. Bilyana Martinovski, an associate professor in human-machine interaction, told Sputnik, referring to the emergence of right-wing and anti-migrant parties across Europe.

"Generally and historically, right equals conservatism: family values, big individual freedom, small government, free market, etc.," she highlighted, commenting on the stigmatization of right-wing parties by the liberal MSM in Europe. "So, right has nothing to do with leftist ideologies such as international socialism or Mussolini's Big State fascism, other than as opposition to those. I don't think there is a rise of the ‘right' in the sense of ‘Hitler' or nationalism. There is a rise of people who want to stay alive without being raped, robbed and murdered. One could call it 'patriotism,' I would call it 'survival.'"

Such is the case in Sweden, the academic noted, referring to the Sweden Democrats (SD) winning about 18 percent of the vote in the recent general elections.

"Their leaders have been persecuted and literally abused for three decades by all parties, all institutions, all main stream media, and most people due to their position on immigration and criminality. In globalist terminology, they are the Swedish 'deplorables,'" she elaborated.

© AFP 2021 / Anders WIKLUND / TT News Agency
'Victory or Death': Top Sweden Democrat Stirs Nation With 'Warlike' 'Pep Talk'
Dr. Martinovski noted that in fact "the only right-wing party in Sweden is the Alternative for Sweden (AfS), which registered for the first time in spring 2018 and includes young people who left the Sweden Democrats party." Among other issues, this party advocates "Swexit," and the "repatriation of 500,000 alien criminals and dysfunctional immigrants."

"They love [US President Donald] Trump and they changed the Swedish political discourse this summer with their ‘repatriation tour' around the entire country. What they did has never happen before and they got literally zero coverage by MSM," she said, suggesting that they had failed to overcome a threshold of 4 percent due to no media coverage.

Nevertheless, Dr. Martinovski foresees that the AfS will continue its political struggle and may have better chances in the EU election next year.

Assessing the results of the vote, the professor highlighted that the largest and oldest left-wing Social Democratic Party "sustained a historic loss of trust among Swedes."

Likewise, the liberal-conservative Moderate Party — "pro-EU, pro-NATO and pro-Soros" — has lost some of its positions, but not as dramatically as the Social Democrats, she added.

"The Social Democrats, yes, historic fail of trust among Swedes and non-Islamic immigrants, if we exclude the 10 percent they got from MENA [Middle Eastern and North African] immigrants with or without citizenship (non-citizens may vote on municipality level), they would have only 20 percent votes," the professor pointed out.

© CC BY 2.0 / debjam
Sweden's Dems Rule Out Support for Center-Right Gov't Amid Deadlock - Reports
She specified that the Social Democrats "lost dramatically in Swedish areas this year and gained dramatically in immigrant-heavy areas."

"On election day, the Social Democrats sent out 700,000 sms to immigrant-dense-area voters offering benefits if they vote for their party and the results came out crystal clear," she said referring to a report by Dagens Nyheter (DN), a daily newspaper in Sweden.

Meanwhile, the Sweden Democrats gained additional 5 percent if compared to 2014, i.e., more than 300,000 votes, she underscored. "They were expected to reach 27-30 percent given the polls and voters' fear of sharing [their] political choice due to violent stigmatization and persecution (e.g., loss of job, socialization issues)," the academic noted.

The failure of left and center-left pro-globalist forces during the Swedish general elections is quite understandable given their "horrible" handling of the refugee problem in the last few years.

"Have in mind that most of the migrants are not refugees. For instance, January-August, 2018, Sweden awarded residency to about 87,000 migrants, of which 14,000 were classed as refugees. So, the rhetoric involves the word 'refugee' because it appeals to viewers but in reality we have a general immigration and little refugee migration," she explained.

© AFP 2021 / Anders WIKLUND / TT News Agency
Sweden Democrats Triumph Among Men, Elderly, Workers - Reports
However, the greater problem is that refugees are heavily involved in crime and these cases are deliberately silenced by the established MSM, which are partially or fully state-subsidized, she emphasized.

"The government and the MSM deliberately hide any statistics that show the origin of the perpetrators and persecute those who dared to discuss, do or evaluated such statistics," Dr. Martinovski stressed, adding that she had found herself in dire straits because she checked and validated a gang-rape statistics she had seen online. She was subsequently removed from the University of Stockholm, where she had worked for years.

However, the situation has dramatically changed since then, the academic highlighted: "All of a sudden, MSM published part of the statistics, it became an open topic, Jeff Ahl (SD now AfS) raised the issue in parliament for the first time (he was boycotted by Parliament, the feminists did not attend). Yet, the Swedish National Council for Crime Prevention (BRÅ), which is supposed to offer official statistics, continues to refuse to provide crime statistics based on origin of perpetrator and victim. The MSM published only partial data."

© CC0
'Disgusting': Sweden's 'Consent App' for Mitigating Draconian New Anti-Rape Law Under Fire
The academic underscored that she had gotten 50,000 court registered rape cases from the 43 district courts for 2012-2017.

In March 2018, Bloomberg raised the issue of the surge in rape case in Sweden highlighting that the number of reported rapes soared 35 percent over the past 10 years.

In August 2018, Swedish national broadcaster Sveriges Television AB (SVT) reported that 843 people were convicted in the same period, specifying that 58 percent of the culprits were of foreign birth. However, 49,100 cases remain largely silenced, she said, presuming that the authorities were not interested in publishing the damning statistics before the general vote.

However, despite the fact that no media outlet ever discusses that, never mentioning the 50,000 registered cases, nor the number of rape police reports, the problem of widespread rape by MENA migrants in Sweden has become so prevalent that it can't be silenced any more, the professor emphasized.

"Now, the fact that a true conservative and right-wing party as the AfS was just born this year is an effect of extreme criminal violence, extreme economic abuse, welfare decline, plus political and judicial impotence," Dr. Martinovski highlighted.