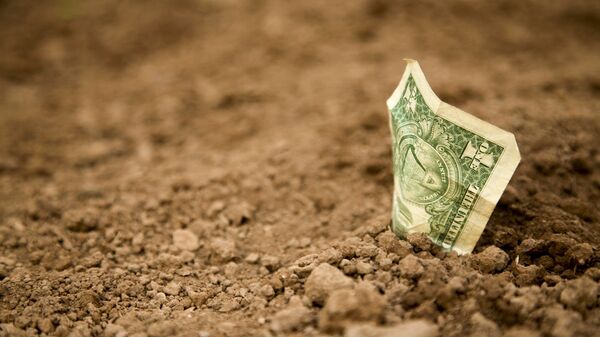 CC0 / /
Subscribe
International
India
Africa
The US has been increasingly throwing around its economic weight, using the catastrophic threat of sanctions to effect its foreign policy goals in Iran, Venezuela, and elsewhere. However, the move isn’t forcing compliance - it’s driving countries to seek solutions far from Washington that will ultimately weaken its grip on the world economy.

While US President Donald Trump claimed that he wanted “partners, not adversaries” during his speech at the 74th United Nations General Assembly (UNGA) in New York, his comments on Tehran and demands made by Iranian President Hassan Rouhani revealed Washington may have burned yet another bridge.

“One of the greatest security threats facing peace-loving nations today is the repressive regime in Iran. The regime’s record of death and destruction is well known to us all. Not only is Iran the world’s number one state sponsor of terrorism, but Iran’s leaders are also fueling the tragic wars in both Syria and Yemen,” Trump said during his Tuesday speech.

“At the same time, the regime is squandering the nation’s wealth and future in a fanatical quest for nuclear weapons and the means to deliver them. We must never allow this to happen,” he continued.

When Trump’s Iranian counterpart was asked Tuesday by Fox News whether he would be meeting with with 45, Rouhani made it clear that Washington would need to do a lot more than just attempt to pull a Tehran official to the side during the UNGA.

"If we seek to pursue higher goals to benefit both countries, both people, it must be planned, and talks must be based on those plans,” he said, but he also stressed the importance of building trust and telling the truth, because that is “something that Mr. Trump took away from this framework.” The lifting of economic sanctions would be a step in that direction, according to Rouhani.

The Iranian president also highlighted that the US has to make up for its illegal termination of the Joint Comprehensive Plan of Action, also known as the Iran nuclear deal.

However, his chief diplomat, Foreign Minister Mohammad Javad Zarif, put the issue a little more succinctly earlier in the week, giving reporters a loud, unequivocal “no” when asked if Rouhani would sit down with Trump.

Will you meet with Pres. Trump? “No” pic.twitter.com/i5kdgtVhPL

Kevin Zeese, co-coordinator of Popular Resistance, joined Radio Sputnik’s Loud and Clear on Wednesday, providing commentary on Trump’s claim that Iran is the “number one sponsor of state terror” and arguing that the US is shooting itself in the foot with its sanctions policies.

“Until Trump is able to talk on a reality-based plane, it seems absurd for Rouhani and Trump to meet,” Zeese told hosts Brian Becker and John Kiriakou.

Rather than making an effort to reach across the aisle, Trump and his administration continue to impose sanctions and restrict travel for foreign leaders.

“It’s not nuclear weapons, because Iran has never pursued nuclear weapons. It’s not state-sponsored terrorism, because - again - that is not what Iran is doing. Iran plays defense against the United States when necessary,” Zeese explained. “Breaking from [the] US empire and becoming an independent sovereign state is what the United States can’t stomach. And that’s true for Venezuela, Nicaragua [and] Syria."

However, Iran is not just sitting back and twiddling its thumbs while the US conducts what Iran refers to as “economic terrorism.”

“They are developing economic approaches that will end dollar domination,” Zeese said.

Dealings with China have recently landed a select group of individuals and companies, such as the China Concord Petroleum Company, in hot water with the US government, but actions such as this and Tehran’s recent move to ditch the dollar are broadening the country’s chances of escaping the economic chokehold that Washington currently has on the world.

Iran is not alone in its opposition to US policies: Zeese pointed to the Non-Aligned Movement’s (NAM) July meeting in Caracas, which brought together 120 member nations to oppose the deadly economic sanctions the US has placed on NAM countries such as Syria, Nicaragua, China, Iran, North Korea and Zimbabwe.

“Sanctions imposed by Presidents Obama and Trump and unilateral measures by Canada and the European Union have directly and indirectly aggravated the shortages in medicines such as insulin and anti-retroviral drugs” in Venezuela, which in turn “contributed to many deaths,” he said. Zayas has since been vocal about mainstream Western media and the US’ inattention to his data concerning Venezuela.

“Tens of thousands of people are dying because of US sanctions. It’s a very serious attack of economic warfare,” Zeese pointed out. However, at the same time, he said there is a “growing undercurrent” of “multi-layered networks” of civil societies and governments in select countries that are “coming together to challenge the constant violation of international law by the United States."