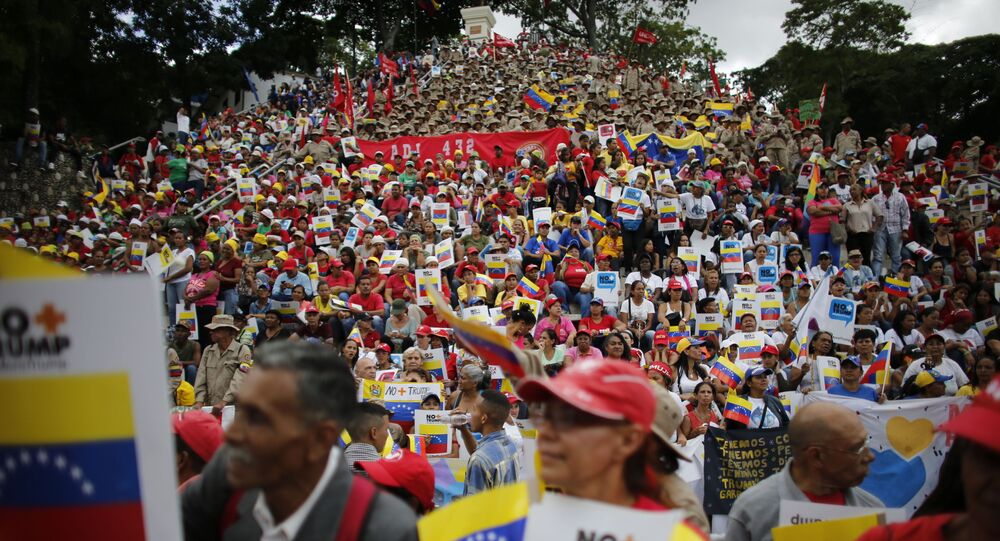 It was an internationally significant event worthy of widespread coverage but my hunch is few, if any, of you reading this column will have heard of the Non-Aligned Movement (NAM) summit which took place in Caracas, Venezuela, on July 20/21st.

The elected President of Venezuela, Nicolas Maduro, addressed the opening session and outlined the broad and honourable aim of NAM, a voluntary international bloc of countries second in size only to the United Nations. Referring to the desire to end US global domination, unwanted interference in the internal affairs of sovereign nations and rejection of intolerable wars and armed conflicts Maduro said:

“The construction of a world without hegemonic empires, a world of peace, of respect for international law, is neither an odyssey nor an unrealistic utopia…”

This assembly of free and sovereign nations representing 120 governments across the world united in condemnation of the unilateral decisions of successive US Governments to impose brutal and deadly economic sanctions on Venezuela cynically designed to cause economic chaos and hardship for ordinary people in the hope that they will turn their anger on the elected socialist government.

Their economic blockade of socialist Cuba has spanned the 60 years since the Cuban revolution and been condemned consistently by the United Nations General Assembly as an illegal act amounting to economic warfare. Barack Obama refused to lift those sanctions despite their illegal character but he did relax some of the restrictions on travel and contact. Donald Trump has shamefully re-imposed them.

America despises the continued existence of a socialist country 90 miles from its Miami coastline, committed to free universal healthcare, education and housing. While the rich and powerful US exports bombs and denies millions of its own citizens health provision, socialist Cuba exports doctors, nurses and medical missions to poor and disaster struck areas across the world and guarantees all of its citizens quality healthcare. Cuba’s decision to prioritise healthcare over warfare has resulted in life expectancy in Cuba being higher than in America. A fact which should shame and embarrass the richest and most powerful country on the planet.

Anxious to prevent the spread of socialist economies prioritising health and education over armaments and personal greed the US has imposed economic sanctions and sought to engineer internal unrest and military coups in Venezuela since the election of charismatic socialist Hugo Chavez in 1999.

A failed coup in 2002 saw US-sponsored opposition groups amongst the rich minority bring violence to the streets of capital Venezuela’s capital Caracas and the arrest of Chavez. But after 48 hours the ordinary people arose from the poor barrios areas around Caracas and united with lower-ranking army personnel to free Chavez and reinstate him in office.

The economic sanctions against Venezuela continued throughout the Chavez era but to little effect as the vast oil reserves within the country were deployed to raise the standard of living across the country and lift tens of millions out of extreme poverty. Proper housing, healthcare and education used to be the preserve of only the rich minority but are now rights enshrined in the new Bolivarian constitution which the people together wrote in a mass exercise in democratic engagement throughout 1999.

After Chavez succumbed to cancer in March 2013 his trusted comrade and Vice-President Nicolas Maduro assumed power before being democratically elected in 2015. However a dramatic collapse in oil prices completely undermined the Venezuelan economy and they had to seek loans on international money markets to raise funds for the purchase of essential foodstuffs, medicines and manufacturing equipment.

The US could smell the opportunity to try and strangle the Venezuelan economy and uprated sanctions to deny Venezuela access to funds and slowly but surely the economy descended into chaos with shortages of food and medicines becoming commonplace.

These economic sanctions were ratcheted up and tightened by Trump but have no international legitimacy whatsoever. The United Nations (UN) has condemned them as contrary to international law and therefore illegal. They have been called ‘economic warfare’. Thorough academic research has estimated that these sanctions have led directly to the loss of 40,000 lives, including thousands of children, in the last 18 months alone.

According to the UN Rapporteur sent to Venezuela on their behalf to compile a UN Human Rights Council Report in 2017 and 2018 the United States has used the illegal sanctions and financial blockade against Venezuela to create a humanitarian crisis and are therefore criminally liable for the increased deaths of children and the infirm denied vital medical supplies directly because of the sanctions.

His damning report stated categorically that the US sanctions kill and therefore America should face prosecution at the International Criminal Court for crimes against humanity.

Alfred de Zayas, UN Human Rights Rapporteur, complained earlier this year that although he has written 13 separate Reports on humanitarian disasters and crisis across the world including Sudan, Somalia and Palestine and all were reported and used by the international media his Report on Venezuela has been ignored and not one single mainstream channel has interviewed him about it.

In November 2017 one US bank blocked the transfer of funds to pay for 300,000 doses of insulin. Another retained $1.65 billion Venezuela had paid for the purchase of food and medicine. Another blocked the transfer of over $9 billion profits generated by the US subsidiary of the publicly owned Venezuelan oil company. In May last year, Wells Fargo bank in America cancelled a payment of $7.5 million from Brazil to Venezuela for the supply of electricity and also blocked a $7 million purchase of dialysis supplies for patients in Venezuela, including thousands of children.

Alfred de Zayas condemns these economic sanctions as not just illegal under international law but also immoral as they are directly responsible for increased child mortality, maternal mortality and deaths due to shortages of life-saving insulin:

No wonder the mainstream media don’t want to talk to this guy. His Report was compiled after spending several months in the country speaking to real people all across Venezuela and reading credible reports from others. He is not spouting the corporate bullshit fed to the big news outlets by Trump, Bolton, Pompeo and Mike Spence.

The elected President of Venezuela won 6.2 million votes in 2018. The right-wing opposition urged a boycott. Yet Nicolas Maduro’s votes represent 31% of the registered voters of Venezuela. That is the exact percentage of the vote Barack Obama was elected on in 2008. No one suggested Obama was democratically illegitimate.

Last week the US disgracefully decided to turn their illegal economic sanctions and financial blockade into a full-blown embargo and empowered themselves to punish any third party country who trades with Venezuela. It has been described as modern-day ‘banditry’. It is also economic thuggery and callous warfare which the world should be condemning robustly.

Instead, John Bolton, the warmonger who drove the Iraq invasion based on lies and deceit, was last week addressing a meeting in Lima announcing the increased economic warfare against Venezuela to representatives of the 52 countries who have fallen into line and recognised the puppet Juan Guiado, installed from Washington in January this year. He has little and reducing support within Venezuela and therefore the threat of military intervention remains on the table according to these warmonger reprobates.

The US has managed to bully 54 nations into supporting their illegal and immoral sanctions and external interference policy but 120 nations have stood steadfast in support of international law and recognition of the sovereignty of nations. Thankfully support within Venezuela for the democratically elected President remains strong but that won’t stop America trying to force regime change to get their grubby and blood-soaked hands on Venezuela’s vast oil reserves, the largest in the world.

Terrorism is reviled across the world but economic terrorism can be just as deadly and destructive. The US is an economic terrorist and it should be condemned, shunned and prosecuted for its actions not supported.

I leave the last word to Venezuela’s UN Ambassador and NAM Presidential Commissioner Samuel Moncada when he addressed the NAM summit a few weeks ago:

“In the world there are 193 countries and the United States [in backing self-declared “Interim President” Juan Guaido] cites only 54. Here there are 120, the international community is defending Venezuela (…) Two-thirds of the United Nations believes that the government of Nicolas Maduro is the legitimate government of Venezuela…”

Hands Off Venezuela and its legitimate President Nicolas Maduro!