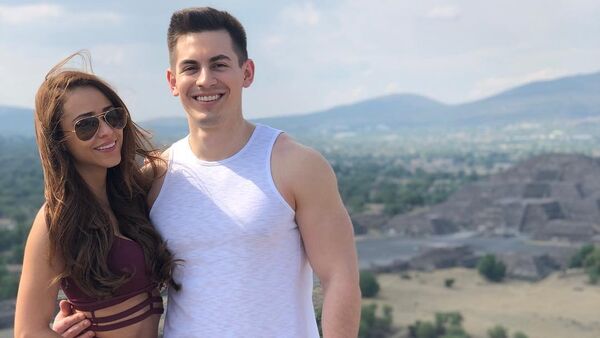 A professional Call of Duty player and famous vlogger has lost his last two tournaments in a row after he broke up with his model girlfriend to avoid distractions as he continues to hone his skills and pursue his chosen vocation. Meanwhile, the spurned stunner has boosted her Instagram following with bikini snaps.

A Call of Duty pro and YouTuber with a 2.5-million-strong following, Douglas Martin, known under his alias Censor, has decided to retire from his gaming career. The player, who dumped Mexican host Yanet García, frequently referred to as "the hottest weather girl in the world" in July, explained his decision to quit cybersport with a 17-minute-long YouTube confession.

​According to Martin, the break-up has haunted him over the past two months, as netizens keep on asking him why this Generation Z poster romance came to an end, although the pro-gamer explained his decision earlier.

He said in July that he parted with his hot girlfriend as he simply didn’t "have time for a girlfriend" and needed to focus on his gaming career, training hard for an upcoming Call of Duty Black Ops 4 tournament.

However, since the break-up, he has lost his last two tournaments in a row playing for сompLexity Gaming. He also was to start the new season with the team Evil Geniuses, but was let go.

Meanwhile, Yanet Garcia, a 26-year-old model turned TV personality who works as a weather forecaster on the Mexican TV station Televisa Monterrey, has boosted her Instagram following from 6.9 million people to 7.7 million since July.

The woman, who rose to fame after people began sharing images of her during weather presentations, comparing her curves to those of reality TV star Kim Kardashian, is now pursuing a film career, according to her social media.

However, she hasn’t given up teasing her followers with bikini pics and model shootings.