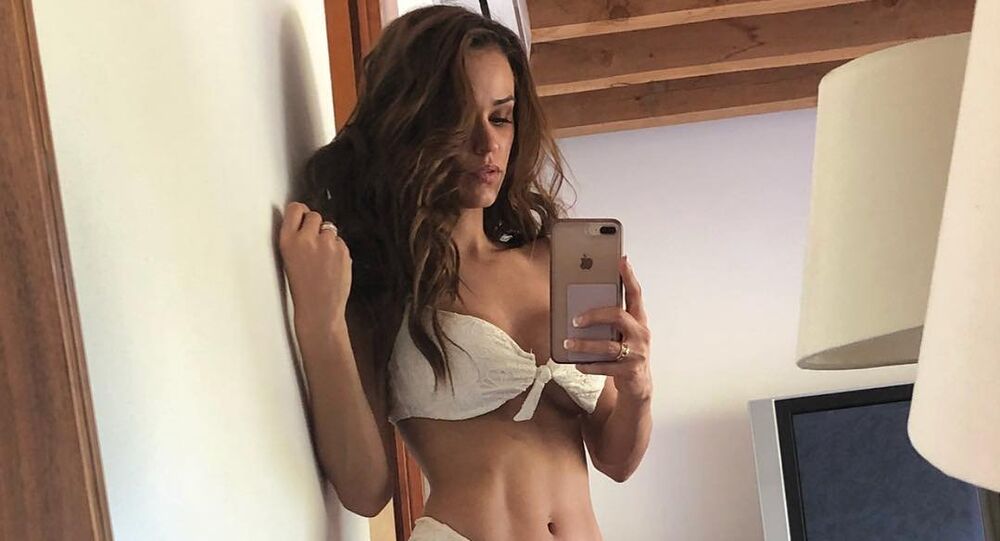 The 27-year-old model and Instagram star returned to single life after her boyfriend broke up with her to pursue his gaming career and spend more time playing Call of Duty. The Mexican beauty is coping with the stress by posting more of her bikini selfies on social media.

Mexican host Yanet García, frequently referred to as "the hottest weather girl in the world," has spoken about the difficult time she’d had since she parted ways with her boyfriend after a year and half together.

In her first TV appearance after a break on the show “Hoy” (“Today”), the woman admitted that “it was obviously something she didn’t expect,” but now she is “at peace.”

"I actually do not judge him, on the contrary I wish him all the success, I hope that he wins that championship and it gives him all that he wants. We were a couple working in social media, and he had commitments with his followers while I have my job and projects," Garcia explained.

When asked if they could still get back together, Garcia dismissed the possibility.

Douglas Martin, a Call of Duty pro known as FaZe Censor and social media celebrity with 2.6 million followers on YouTube, revealed why this 21st century romance between a pro gamer and an Instagram star with almost 7 million followers came to an end in a clip. According to Martin, he simply doesn’t "have time for a girlfriend" and needs to focus on his gaming career.

In response to this development, Garcia tweeted a single word: “heartbroken.” However, she has since returned to posting racy photos and backstage sneak peeks on her social media.

Yanet Garcia, a 27-year-old model turned TV personality who works as weather forecaster on the Mexican TV station Televisa Monterrey, rose to fame after people began sharing images of her during weather presentations, comparing her curves to reality TV star Kim Kardashian. During the 2018 World Cup, her fan base increased as she actively supported the Mexican national team.