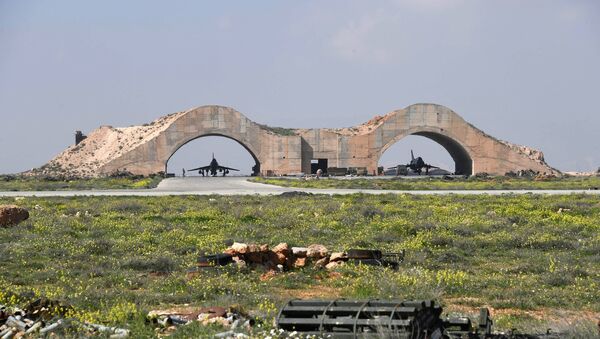 © Sputnik / Mikhail Voskresenskiy
/
Go to the mediabank
Subscribe
International
India
Africa
Militants took advantage of the US missile strike on a Syrian airbase and attacked the government army from the south-western direction. All their attacks were repelled, over 150 terrorists were killed, chief of the Russian General Staff's Main Operational Directorate Col. Gen. Sergei Rudskoi said at a news briefing on Tuesday.

"Having taken advantage of the US cruise missile strike on the Shai'rat airbase, used by Syrian aviation for actions near Hama and Palmyra, terrorists launched counter-attacks against government troops from the south-western direction. All their attacks were repelled, two battle tanks, three infantry fighting vehicles and eight trucks with heavy machine-guns, as well as over 150 terrorists were destroyed," Rudskoi said.

Russian General Staff Warns Against New US Missile Strikes on Syria
The Russian Defense Ministry said on April 5 that the airstrike near Khan Shaykhun by the Syrian air force hit a terrorist warehouse that stored chemical weapons slated for delivery to Iraq, and called on the UN Security Council to launch a proper investigation into the incident.