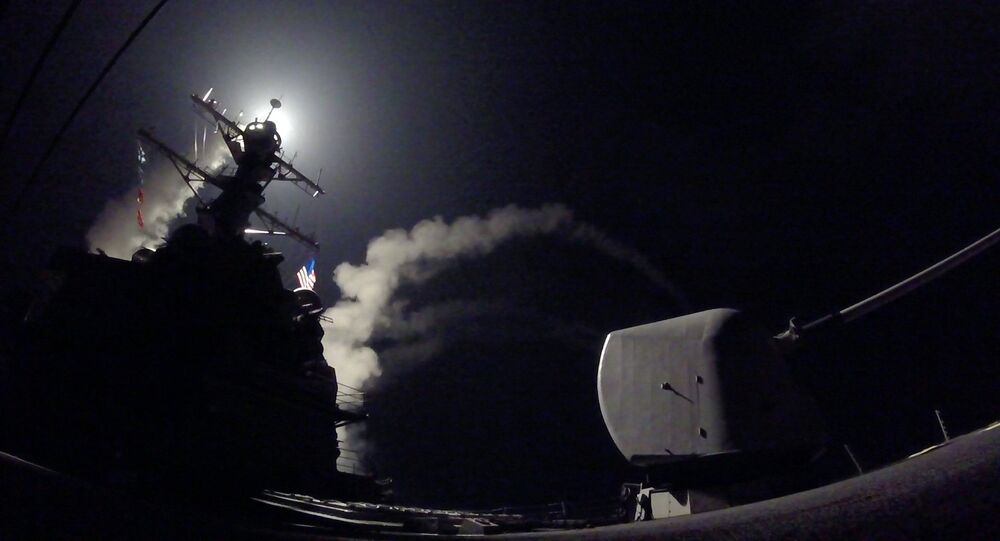 © AP Photo / Alex Brandon
US Attack in Syria Proves US is 'the Most Unpredictable State in World', Result of 'Wars of Elites' - Moscow
LESNYE DALI (Sputnik) — On Thursday night, the United States launched 59 Tomahawk cruise missiles at the Syrian military airfield in Ash Sha’irat, located about 40 kilometers (25 miles) from the city of Homs. US President Donald Trump said the attack was a response to the alleged chemical weapon use in Syria's Idlib on Tuesday, which Washington blames on the Syrian government.

"The strikes have been carried out against Syrian government's troops in violation of the international law," Lavrov said at the 25th Assembly of Russia’s Council on Defense and Foreign Policy (CDFP).

A Sputnik correspondent reported from the scene of the attack that some aircraft had been salvaged, including five Syrian fighter jets. The runway also seemed to have been spared, he said, as well as a few hangars. However, eight other hangers were taken out of service.

Will US Missile Strike in Syria Nip in the Bud Potential Russo-American Détente?