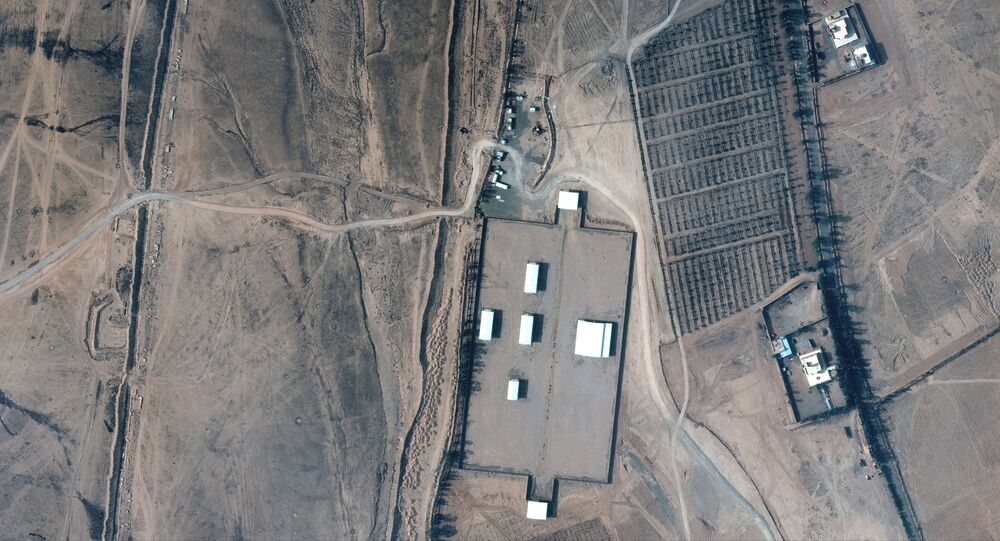 The attack - which was ordered by the US president without Damascus' consent - targeted facilities operated by “Iranian-backed militia”, with the Pentagon saying that it was in retaliation for rocket strikes against US and allies' facilities in Iraq.

Daesh* terrorists in Iraq and Syria will benefit from recent US airstrikes in eastern Syria, approved by President Joe Biden last week.

According to Washington, the airstrikes aimed at destroying facilities allegedly operated by Kata'ib Hezbollah and Kata'ib Sayyid al Shuhada groups, which are part of Iraq’s Popular Mobilization Units (PMU), responsible for fighting against Daesh in the region. However, the United States claims they operate as "Iranian proxies."

"The (Iraqi) PMU forces have mainly fought against Daesh, and they have been highly effective against them. Therefore, when the US attacks the PMU, it assists Daesh terrorists in Iraq and Syria," Richard Black, a former Republican member of the Virginia State Senate, told Press TV on Saturday.

The US strikes came following rocket attacks hitting the Green Zone in Baghdad - where the US embassy is also located, and after an earlier attack targeting the US military base at the Erbil International Airport. According to Black, it is even "unlikely" that the American leadership in fact knows who launched the strikes.

"The Biden Administration chose to use the rocket attacks on the Green Zone as a pretext to attack Iraqi (anti-terror) forces, who were effectively blocking Daesh militants from operating along the Syrian-Iraqi border. The attacks targeted sovereign Syrian territory and were in clear violation of international law," the former state senator said.

"A policy that always assumes that Iraqi anti-terror forces fired the rockets gives Daesh the power to trigger an American airstrike against its enemies whenever Daesh chooses. Daesh fires rockets; we blame the Iraqi militias; the US bombs Iraqi forces. That strategy is unfair and immoral," he added.

© REUTERS / Maxar Technologies
A close up view of destroyed buildings at an Iraq-Syria border crossing after airstrikes, seen in this February 26, 2021 handout satellite image provided by Maxar.

Black drew widespread attention after he visited Syrian President Bashar al-Assad in April 2016 and September 2018. He is one of the few American lawmakers who have criticized American involvement in the Syrian civil war. Black views US policy as being in violation of Syria's sovereignty.

The politician also elaborated on the possibility of US withdrawal from the region.

"It is within the power of the US President to stop these wars. However, he cannot accomplish this without totally removing military forces from the region. The US has repeatedly used attacks on its military forces as justification for new troop build-ups. If Joe Biden wanted to create a lasting, positive, legacy, he would order all US troops to leave the Middle East within 90 days. However, I do not expect this to happen," Black concluded.

According to the Pentagon, one militant died and two were wounded in the airstrikes launched late on February 25. Iran's state-run media reported that the airstrikes in Syria resulted in the death of 17 people. The attack was condemned by the Syrian government as a "cowardly aggression" that will "lead to consequences that will escalate the situation in the region."

Biden said that the airstrikes were telling Iran "You can't act with impunity. Be careful."

The Russian Foreign Ministry said that the US informed the Russian military several minutes ahead of an airstrike on Syria, adding that the US presence in Syria is illegal and violates all norms of international law.

US airstrikes in Syria have angered a number of lawmakers, prompting them to call for the restriction of presidential war powers by repealing two laws that have allowed US presidents to use military force around the globe. Earlier this week, Senators Tim Kaine and Todd Young re-introduced their bipartisan bill to repeal the 1991 and 2002 authorizations for the use military force after Biden approved airstrikes against Iran-backed militias in eastern Syria last week. Their bill has the support of several senators from both parties.

© AP Photo / Hassan Ammar
In this July 15, 2018 file photo, a Syrian national flag with a picture of Syrian President Bashar Assad flies at an Army check point, in the town of Douma in the eastern Ghouta region, near Damascus, Syria.

Successive US presidents have broadly interpreted the AUMFs to send armed forces to countries around the world, including Afghanistan, Libya, Turkey, Georgia, Yemen, Djibouti, Kenya, Ethiopia, Eritrea, Iraq, Somalia, the Philippines and Cuba.

Biden’s explanation that the strikes in Syria were "self-defense" in response to attacks by Iran-backed groups did not satisfy some members of Congress like Senator Kaine, who has demanded a briefing on the administration's legal justification for the attacks.

Relations between the United States and Iran worsened significantly following the assassination of commander Qasem Soleimani, who was killed in a US drone strike at the Baghdadi International Airport on January 3, 2020 - when Donald Trump was still president. Soleimani was a highely respected official in Iran, praised for combatting terrorists in the war-torn region and considered an architect of the country's modern security infrastructure.