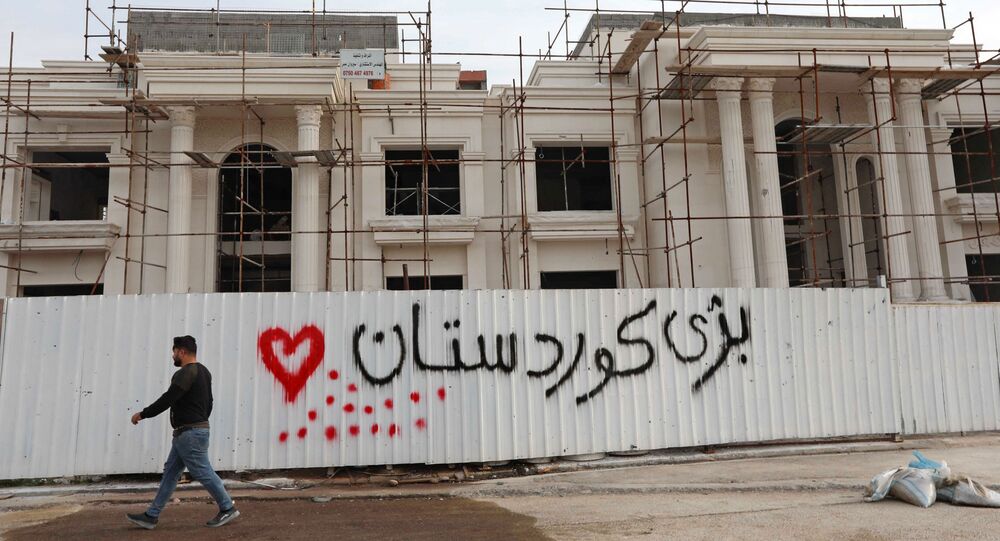 The attack was the first on a Western military or diplomatic facility in Iraq in nearly two months, following a spate of rocket strikes in Baghdad in late 2020. The previous attack targeting the US military base in Erbil happened in September last year, according to reports.

The US along with its European allies, namely France, the UK, Germany and Italy in a joint statement on Tuesday condemned the rocket attack that took place near the city of Erbil, Iraqi Kurdistan's International Airport.

"We the foreign ministers of France, Germany, Italy, the United Kingdom, and the United States of America condemn in the strongest terms the February 15 rocket attack in the Iraqi Kurdistan Region. We offer our condolences to the victims, their families, and the Iraqi people," the statement reads.

The group of top diplomats also vowed to hold accountable those responsible for the attack.

"Together, our governments will support the Government of Iraq’s investigation into the attack with a view to holding accountable those responsible. We are united in our view that attacks on US and Coalition personnel and facilities will not be tolerated," it concluded.

On Monday, a dozen rockets hit the Erbil Air Base in Iraqi Kurdistan, killing a civilian contractor and hurting a total of nine other people.

A video circulating online allegedly shows the exact moment one of the rockets shatters the streets of Erbil.

💥🚨Video shows the moment that one of the rockets lands in Shouqa Zakaria street near #Erbil airport pic.twitter.com/RYQu2XUzu7

Several Iraqi officials accused Iran of playing the role in the rocket strike. Iran has denied all such accusations, stating that it "dismisses any move that would disrupt tranquility and order in this country."

Earlier in the day, the US Secretary of State Antony Blinken spoke with Iraqi Prime Minister Mustafa al-Kadhimi following the latest attack on Erbil Airbase, saying the US is "outraged by the attacks yesterday which harmed civilians, coalition forces, including an American service member."

Had a productive call with Prime Minister @MAKadhimi today to reaffirm our partnership and discuss yesterday’s brazen attacks in Erbil. The U.S. will continue to work with Iraq on ways to address their security challenges and protect U.S. and @coalition personnel.

The State Department spokesperson Ned Price also stated during the briefing that an investigation into the attacks is underway and that Washington is in close contact with Kurdish and Iraqi officials to determine those responsible.