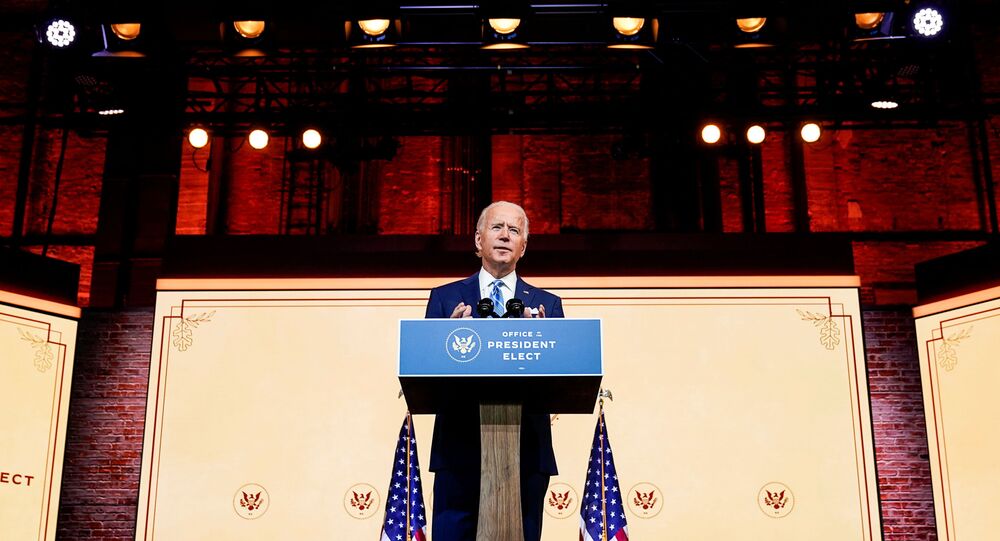 Biden's Cabinet Likely to Get US Mired in More 'Forever Wars', Analysts Say

On Tuesday, Biden announced his selection of Antony Blinken as secretary of state, Jake Sullivan as national security adviser, Avril Haines as director of national intelligence and Alejandro Mayorkas to lead the Department of Homeland Security.

Biden's picks are all Obama-era officials with whom the former vice president has worked side by side and who supported the foreign policies of then-president Barack Obama and ex-Secretary of State Hillary Clinton, including intervention in Libya, a controversial approach to militants in Syria, the drawn-out withdrawal from Iraq, and others.

Biden has repeatedly vowed to end US involvement in "forever wars" like those in Iraq and Afghanistan. However, experts say his first cabinet picks make clear he may fall into the trap of igniting the very types of wars he has discredited.

"I would argue surrounding yourself with Tony Blinken, who supported the Iraq war, and Jake Sullivan, Hillary Clinton's adviser - Clinton also supported the Iraq War - sends the opposite message that he isn't in fact committed to ending 'forever wars' because he's surrounding himself with the exact same people who championed one of these 'forever wars'", Paris-based analyst Mariamne Everett told Sputnik.

Everett argued that the poor handling of the US exit from Iraq during the Obama administration led to even more chaos than the initial occupation and insurgency.

In addition, Blinken looked certain to further cement his lifelong support for Israel, making it highly unlikely to regain the confidence of the Palestinians, which incumbent President Donald Trump totally forfeited, Everett observed.

Finally, apart from backing the arming of extremists in Syria, Blinken has also supported the Iraq war, the intervention in Libya, and the Saudi campaign in Yemen.

PAYING BACK THE DEFENCE INDUSTRY

Reports have surfaced claiming that Biden is considering tapping Pentagon veteran Michelle Flournoy as the first woman in US history to serve as secretary of defence.

Historian and political commentator Dan Lazare said all of these named and potential picks champion unregulated military spending, much to the delight of giant corporations

"Blinken, Sullivan, and Flournoy... are not only hawks but incompetent hawks whose policies resulted in hundreds of thousands of deaths and the destruction of entire societies, yet didn't advance US interests one bit", Lazare told Sputnik.

None of these historic failures had damaged their reputations or earnings in the slightest, Lazare continued. "They were rewarded with cushy defence-related jobs at places like WestExec Advisors, Booz Allen Hamilton, and the Boston Consulting Group. Now... they're back in office thanks to the Washington revolving door", Lazare added.

Biden's picks, he said, will undoubtedly make the same mistakes over again with the same dreadful consequences. "The whole thing is appalling", Lazare concluded.

Though when he initially entered office, Obama indeed promised to step away from George Bush's "global war on terror" approach and replace it with his doctrine of "retrenchment", including restoring strong ties with traditional US allies, it turned out that he did not abandon waging wars. In 2016, President Trump even called Obama and Clinton the "co-founders" of Daesh*, criticising their policies towards Iraq and Syria.

Picking Obama-era officials for key posts in the administration, along with promoting a new slogan of "America is back!", has fueled speculation that Biden's foreign policy will make a significant shift from Trump's "offshore balancing" to an approach that will very much resemble the foreign policy strategies of Obama, namely, collective diplomacy and military interventions.