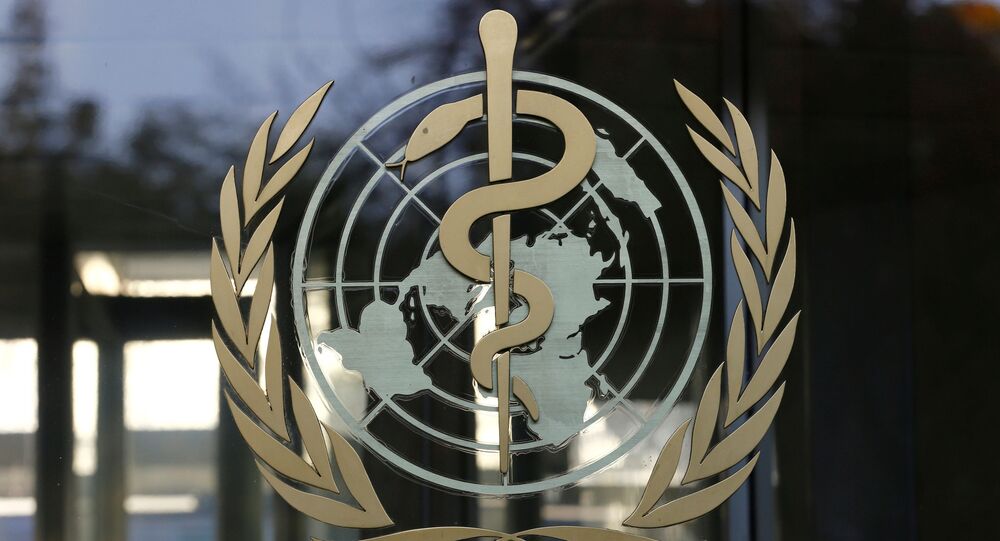 As the coronavirus pandemic continues to spread across the globe, many are already looking ahead, pondering how or if the health crisis will effectively reshape geopolitics and the era of globalisation.

The unfolding global health crisis triggered by the COVID-19 pandemic is profoundly changing the world order built under the auspices of the United States after World War II, claim journalists in an editorial for Le Monde.

In a series of investigations, writes the outlet, it has probed the geopolitical faults laid bare by the epidemic and its fallout for economies and populations.

As they ponder whether the dynamics at work stem from an acceleration of pre-existing trends or from a radical paradigm shift in the context of the pandemic, they believe a transformation of the geopolitical environment is already underway.

While we still do not know just how hazardous and how protracted the health crisis will be, they write, it is already possible, at this stage, to draw certain lessons from the shock inflicted by COVID-19 on the prevailing world order.

Firstly, claim the authors, the already-fragile international order moulded after the Second World War has shown itself to be no longer adapted to the reality of the 21 century’s balance of power, which has witnessed a dramatic rise of China as a key player on the arena.

The end of the Cold War, the dissolution of the USSR and China’s heightened role gradually unbalanced a world order that hinged on American-Soviet duality, writes the editorial. This bipolar order was succeeded by a multipolar disorder, which over time began to increasingly fail to accommodate what was in reality a multilateral mode of global governance.

The delay with which the World Health Organisation alerted the international community to the risk of the COVID-19 pandemic highlighted Beijing's “leverage” over this institution, with the WHO’s “deference to China” widely criticised amid mutual accusations hurtled between Washington and Beijing regarding transparency over the origins of the disease.
The journalists of Le Monde deplore the exacerbated rivalry between China and the United States against the backdrop of the pandemic, as more energy is channelled into mutual confrontation than efforts to better manage the health crisis.

Meanwhile, they claim that China has been savvy in moving quickly to fill a void left by the US, as the latter repudiates its previous leadership role in international organisations.

President Donald Trump had to be asked to agree to participate, by videoconference, in international meetings he should have chaired, writes Le Monde, with the gatherings subsequently failing to produce results. At the UN, the Security Council is, in fact, paralysed, they add.

The onslaught of the COVID-19 pandemic wreaked havoc with the unity of Europe, as the union failed to display solidarity towards the most affected member states, as was the case with Italy, writes the publication.

With lockdowns and shut borders legislated in an effort to slow the spread of the epidemic, the selfishness of the member states endangered two pillars of the European Union: the Schengen area and the single market.

© REUTERS / ALBERTO LINGRIA
A worker wearing protective clothing is seen spraying disinfectant towards a building in Via Cortina d’Ampezzo in Rome, as the spread of the coronavirus disease (COVID-19) continues, Rome, Italy, April 24, 2020.

Abandoned by the United States, coveted by China, and in a “chilly” relationship with Russia, conclude the authors, Europe still believes in multilateralism. But if it wants to influence the development of a fairer and more secure post-crisis world order, it must start by resolutely organising its own economic reconstruction, in a solidarity effort.

As the coronavirus pandemic spreads unabated, Washington and Beijing have been trading mutual accusations, with US President Donald Trump criticising China for its allegedly poor handling of the health crisis, accusing it of concealing vital data about the pandemic during its initial stage and ordering an investigation into reports that the virus had been caused by an accident at the Wuhan Institute of Virology.

In April, Trump halted US funding to the WHO, claiming the international body had covered up the spread of the infection after it was first reported in China.

China had vehemently rejected all accusations levelled against it, stressing that it has been transparent while reporting on the coronavirus pandemic.

The pandemic has also highlighted divisions within European structures, deepening existing tensions between the hardest-hit southern nations, such as Italy and Spain, and the financially stronger north.

European Commission President Ursula von der Leyen extended a “heartfelt apology” to Italy on 16 April, as many Italians have been angry at the perceived lack of help they received from the EU in the early days of the outbreak in March, with states slow to send extra supplies of masks and other PPE equipment to the country.

Speaking at a debate in the European Parliament, Ursula von der Leyen said that "too many were not there on time when Italy needed a helping hand at the very beginning", admitting the continent’s worst-affected country had been ignored by its neighbours.

“We need truth about everything, about our own actions,” said von der Leyen, while claiming that “Europe has now become the world’s beating heart of solidarity”, underscoring joint efforts by EU institutions and member states to distribute medical equipment, and hammer out agreements on financing recovery.