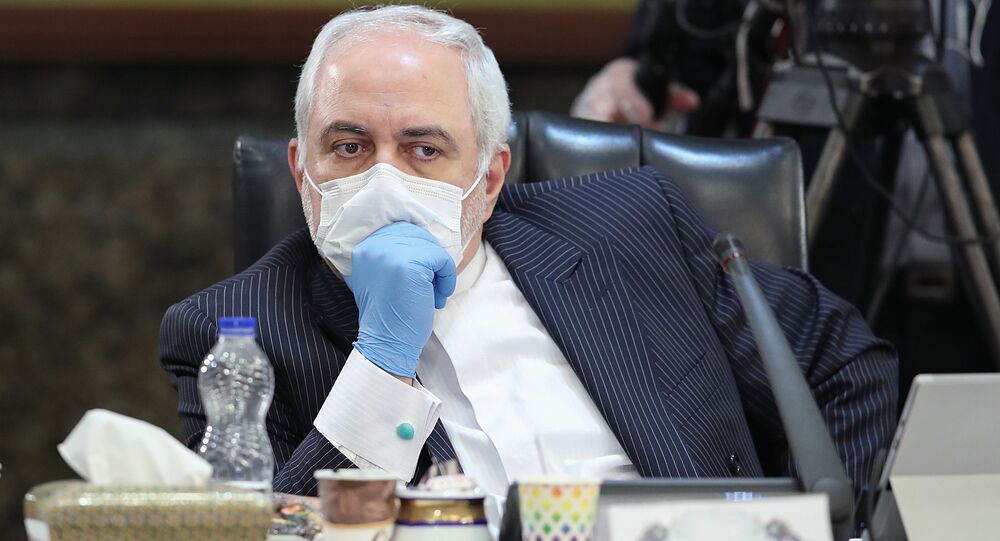 On Tuesday, President Donald Trump announced that the US is halting funding for the World Health Organisation while his administration conducts an investigation of the UN agency, claiming that it had impeded Washington’s response to the COVID-19 pandemic.

Iranian Foreign Minister Mohammad Javad Zarif has slammed the US for moving to pull the plug on the World Health Organisation (WHO) amid the coronavirus pandemic, which, he noted, reflects the White House’s policy of bullying.

“The world is learning what Iran has known and experienced all along: US regime's bullying, threatening, and vainglorious blathering isn’t just an addiction: it kills people”, Zarif tweeted on Wednesday.

He likened the US funding freeze regarding the WHO to Washington’s “maximum pressure” campaign against the Islamic Republic, in an apparent reference to the White House’s anti-Iranian sanctions which were reinstated after US President Donald Trump announced his country’s unilateral withdrawal from the 2015 Iran nuclear deal, also known as the Joint Comprehensive Plan of Action (JCPOA).

Zarif was echoed by Iranian Foreign Ministry Spokesman Abbas Mousavi who pointed out that Trump made the “irresponsible” decision at a time when the whole world is combating the COVID-19 pandemic.

“At the worst possible time and in the midst of the war against a global catastrophe, the United States is suddenly punishing the only global coordinator of health, which is sheer irresponsibility and a crime against humanity”, Mousavi argued on Wednesday.

He suggested that POTUS’ “main goal in suspending the WHO’s budget is to play the blame game and cover up the inefficiency of the US government in containing and controlling the coronavirus”.

UN Secretary-General Says 'Not the Time' to Cut WHO Funding

Also criticising Trump’s move was UN Secretary-General Antonio Guterres who said on Tuesday that it is “[…] not the time to reduce the resources for the operations of the WHO or any other humanitarian organisation in the fight against the virus”.

The view was shared by US Chamber of Commerce Executive Vice President and Head of International Affairs Myron Brilliant, who stressed that suspending WHO funding during the COVID-19 pandemic “is not in US interest given the organisation's critical role assisting other countries - particularly in the developing world - in their response”.

The statement came after Trump announced the decision on Tuesday, pledging a probe into the WHO’s activities and claiming that the organisation had impeded the US response to the coronavirus fallout.

"Since its establishment the American people have generously supported the World Health Organisation. […] With the outbreak of the COVID-19 pandemic we have deep concerns”, Trump told a news briefing.

The US remains the nation worst hit by the COVID-19 pandemic, as the country’s Centres for Disease Control and Prevention reported on Wednesday that the total number of coronavirus cases in America had soared to 605,390, with the death toll rising to 24,582. In Iran, a total of 76,389 cases have reportedly been confirmed as of Wednesday, with 4,777 deaths.