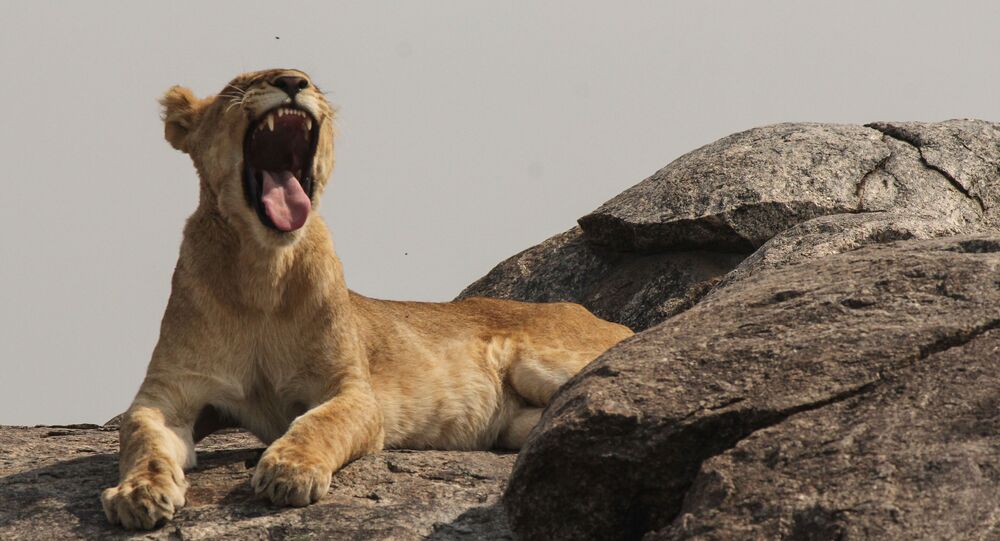 Video: Tourist Almost Gets Face Ripped Off After Trying to Pet Lion in Tanzania

A video recently shared on YouTube shows a group of tourists who faced the aggressive reaction of a male lion after one person leaned out of a safari car to pet the wild animal in the Serengeti National Park, in northern Tanzania.

At the beginning of the 23-second video, the massive animal seemed to be standing next to another lion that was laying on the ground near to the safari van. One of the tourists leaned his hand out of an open window of the vehicle and touched the big cat, which was apparently not paying attention to them.

The tourists were soon terrified when the African beast turned, facing them.

“Close the window,” someone shouted twice from inside the van, before the lion started roaring.

Another frightened tourist sitting next to the window closed the opening in the face of the huge and staring cat.

“This is a very dumb thing to do and you can easily get yourself killed or banned from a national park by doing this,” the publisher of the video wrote in the description.

YouTubers commented on the clip, titled ‘Still the dumbest tourist ever?’, criticizing the mentality of the person who tried to pet the wild animal, with someone saying that she or he “has a brain the size of a flea sitting between their ears”.

“Can’t believe we have grown ups with the mentality of a cockroach, wish the lion had torn them up and the driver and guide should also taken to the task, they should have known there were mentally challenged individuals in the vehicle,” a user posted.

Another netizen preferred ignoring whether tourists violated park instructions that clearly say “don’t get out your car, do not attempt to touch or feed the animals”, questioning, “Dumb tour or dumb people taking the tour?”

“People see lazy lions in zoos, or snoozing during the day in the parks, and have absolutely no idea how freakin' fast a lion actually is. I mean, less than a second and this guy could've had a faceful of claws. Go pet your house kitty [...] feels much the same. House kitty can also tear your face off,” another YouTube user suggested.

King of the Ocean Jungle: Happy Sea Lion Chilling in the Water