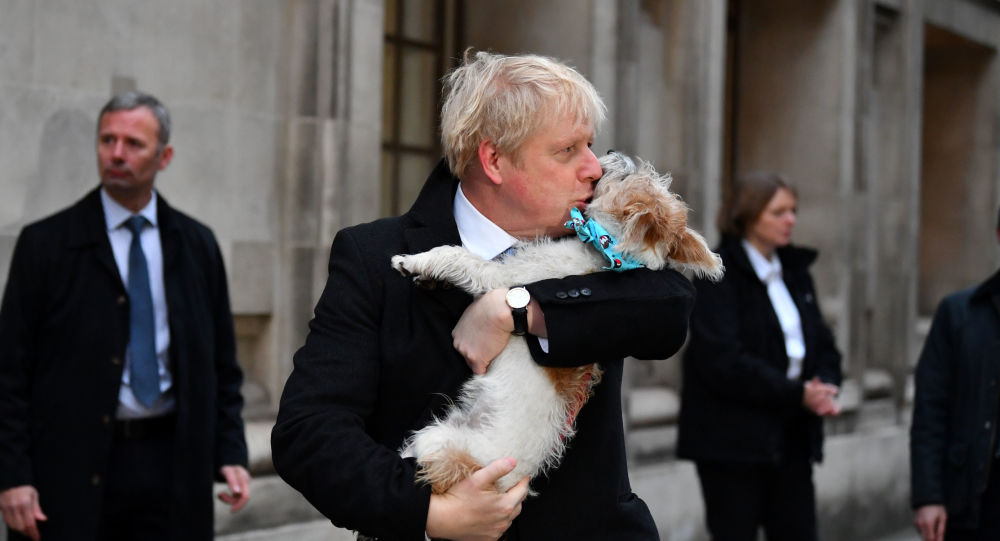 As the final results of the UK general election roll in, UK Prime Minister Boris Johnson has said a commanding Conservative victory provides him with “a powerful new mandate to get Brexit done,” as the Labour Party is left contemplating its disastrous poll result.

Labour supporters, on the other hand, were on Twitter, expressing profound disappointment with the crushing defeat of the party, led by Jeremy Corbyn, who appears to have presided over the worst performance for his party since 1935.

Left-wingers are expressing their anger at the “rich, privileged white men who've ruined our country”.

me to all the rich, privileged white men who’ve ruined our country. #GeneralElection pic.twitter.com/ViAhY25qSP

Waking up and seeing the election results this morning pic.twitter.com/cQkXp5IHGK

Just goes to show social media is overemphasised. We all saw the prospect of Corbyn winning the election by a country mile due to the perception social media gave off. This country has been a shambles since 2016, not even suprised at this point & it’s going to get worse.

​Others deplored the fact that Tories had won in many traditionally Labour battlegrounds.

Seeing so many seats in the North East go to the tories is heartbreaking. I'm usually proud to be from the North East. It's baffling to see so many working class communities vote for a party that doesn’t have their best interests or values at heart.

​Many bemoaned the future of the National Health Service – a contentious issue during the election campaign.

#GeneralElection well done guys! Apparently we are just as dumb as the majority of Americans 👍🏻🙄 goodbye NHS pic.twitter.com/5ykCt7sC5G

“It’s our fault. This is the world we built. Congratulations, cheers all.” 💔#GeneralElection2019 pic.twitter.com/JuzrufoGGr

The UK after laughing at America for voting for Donald Trump and then making the same mistake #GeneralElection2019 pic.twitter.com/C0u6kVDDw9

​The hashtag #NotMyPrimeMinister and #Notmygovernment also started trending, as well as the Canada hashtag, with people expressing their desire to move away and be 'saved' by Justin Trudeau.

Me this morning on seeing the result someone grab me a flight to S.Korea quick 🏃🏽‍♀️✈️✌🏼 #NotMyPrimeMinister #notmygovernment #ImOut pic.twitter.com/STLL3uUEF0

Are you getting ready to drink all those lefty tears?

I think we're going to need a bigger cup.

The conservative voting Brits listening to the shite coming out of the labour celebs today....😂😂#GeneralElection2019 pic.twitter.com/hoNIjtlB4n

They said Jeremy Corbyn was gunna shake things up, was gunna change the face of politics in this country. A political earthquake was coming apparently...#Labour now has their lowest number of seats since 1935. #GE2019 pic.twitter.com/MPXliCauQp

​With all but one district declared on Friday morning, Prime Minister Boris Johnson’s Conservatives had won 364 seats — 47 more than they won in the last election in 2017.

The party’s triumph is the biggest since Margaret Thatcher scooped a third term in 1987.

The sweeping victory now gives Prime Minister Boris Johnson a comfortable majority in the 650-seat House of Commons, after he called a snap poll in the hopes of gaining an advantage for his Conservative Party to finally "get Brexit done."