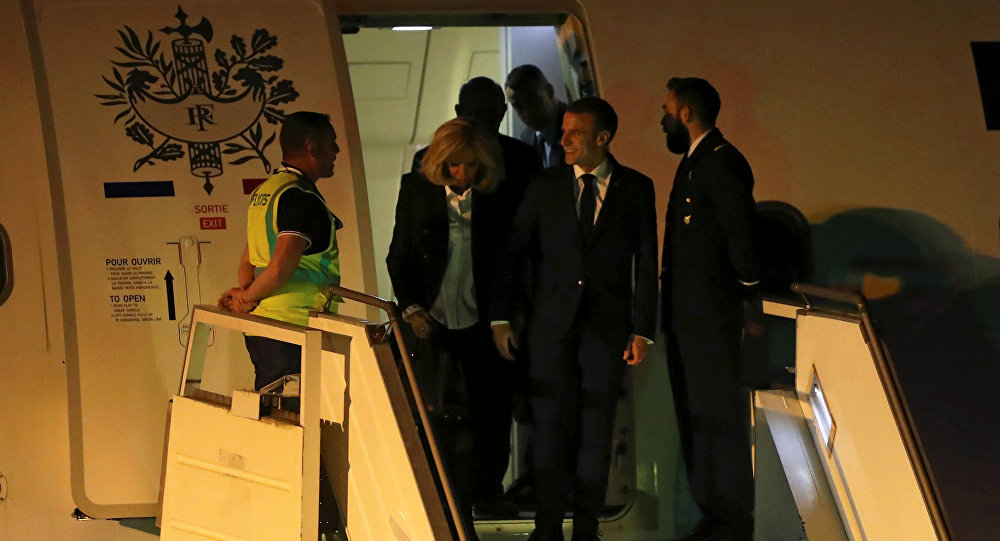 Summit of G20 in Buenos Aires, Argentina turned out to be not only the place for making serious decisions and resolving world problems, but also the place where high-level officials faced organizational problems they have to cope with.

First guest who got in the chapter of accidents was Angela Merkel. German chancellor's plane let her down as it turned around and landed at Cologne airport only an hour after takeoff. "Konrad Adenauer" aborted its planned 15-hour flight to Buenos Aires due to a technical problem.

As for Emanuel Macron, French President did not manage to escape from yellow vests, which "caught up" with him even in Argentina. He got an cold welcome at the Buenos Aires airport: French Leader and his First Lady were greeted at a seemingly empty airstrip by the sporting yellow security vests, which are quite familiar to President Macron.

Chinese leader Xi Jinping's arrival neither went smoothly. During the welcome ceremony, the first person, who was greeted by an honour guard, was random Chinese official, who was taken for President Xi, as the guard announced him to the music playing. Chinese President and First Lady got out the plane a little bit later and were also greeted in accordance with the rules.

US President Donald Trump during the meeting with his Argentinian counterpart Mauricio Macri suffered from synchronized interpretation, which made the US President really angry. "I understood him better in his language than in my 'interpretation'," Trump said before dropping the headset on the floor.

Mass media, observing G20 summit, also has sparked public interest. A US journal accidentally called Russian President Vladimir Putin "Vladimir Trump" in the article, dedicated to Trump's decision to cancel a planned meeting with Russian President. Of course, later the Wall Street Journal released a correction, but netizens still can't decide option they like the most.

Speaking of Vladimir Putin, he has become the subject of public attention yet again after his special handshake with Saudi Crown Prince Mohammed bin Salman caught the eye of quite a few reporters. The video of the exchange quickly went viral.

Find someone who's as happy to see you as Putin is greeting Saudi Crown Prince MBS pic.twitter.com/fZ1TQAi342

The annual G20 summit in Buenos Aires, Argentina began on November 30, Friday. It gathers the leaders of the 19 other countries in the group as well as the EU leadership. The event will last to December 1, Saturday.