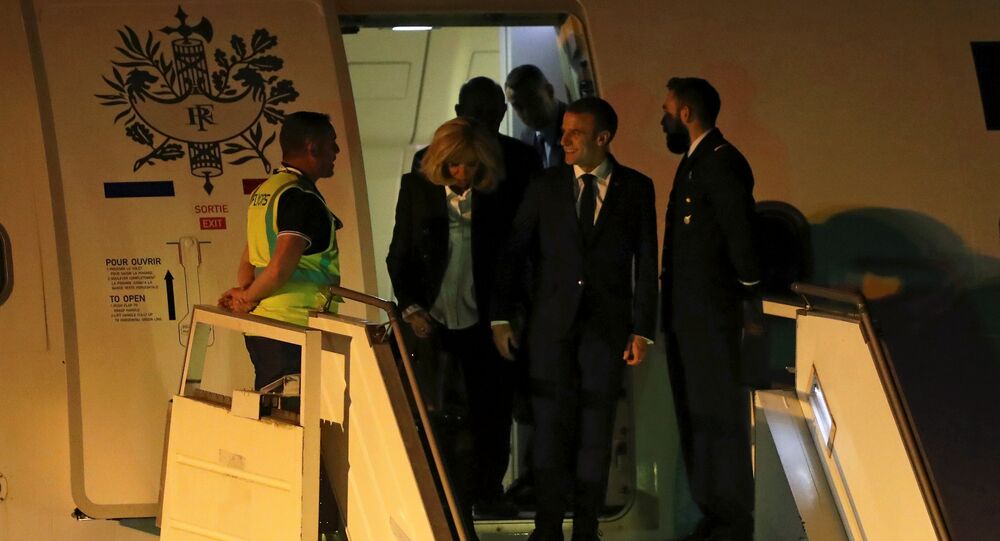 Hours after escaping French protests over rising fuel prices, Macron arrived in Argentina, but as soon as he walked out of the plane, he was greeted by a man wearing a yellow jacket - something that perhaps evoked painful memories for the French leader.

French President Emmanuel Macron got an unexpected welcome at the airport as he landed in Buenos Aires for the G20 summit on Thursday.

Macron and his better half were not greeted by the Argentine delegation upon their arrival — instead, the first people to meet the first couple were sporting yellow security vests similar to the high-vis jackets that French motorists wore during the fuel tax protests.

After looking around and failing to notice any Argentine officials, Macron shook hands with airport workers and headed down the steps. The French leader and his wife then approached the car waiting for them, spotting another man in a yellow vest on their way.

It was only when the president was about to enter the vehicle when Argentine Vice President Gabriela Michetti finally arrived to welcome him. She explained the situation as a protocol gaffe.

A nationwide protest movement against rising fuel prices kicked off in France in mid-November. The demonstrators, numbering in the hundreds of thousands, were dubbed "yellow vests" because they donned in the same yellow jackets that French motorists are required to wear.

In 2018, gas prices across France increased by between 10-15 percent, with the price of diesel jumping nearly 25 percent. A further increase is set to take effect on January 1, 2019. One of the reasons for the increase in fuel prices is the introduction of a green tax, announced by the authorities to encourage the purchase of environmentally-friendly vehicles.

Macron acknowledged public outrage over the tax but stood by it and condemned the demonstrations. "What I've taken from these last few days is that we shouldn't change course, because it is the right one and necessary. But we need to change how we work because a number of our citizens feel this policy course is imposed on them from above," he said.