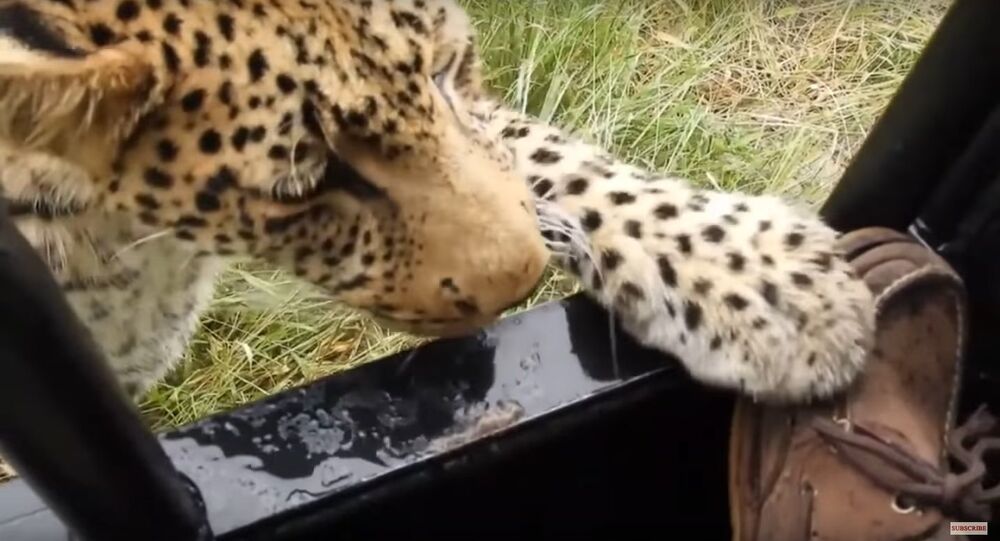 Footage of the extremely close encounter has emerged on YouTube. A wild predatory cat played with a man, tickling the nerves of commentators.

The bloodcurdling video depicting an exceptional safari experience, captured in northern Botswana, shows a dangerously close encounter with a young leopard. According to the video’s description, the leopard approached the car after being disturbed while resting after killing an impala about 15 feet away.

The giant cat not only approached the safari jeep, which was full of tourists, but also sniffed one of them, putting its clawed paw on his leg. The man wrote: “Our tracker told me not to move so I didn’t. Amazingly, I wasn’t frightened at all. He just seemed like a big pussycat.''


However the tourist didn’t escape the encounter completely safe and sound, as the leopard left a bloody scratch on his shin. The footage was filmed at the beginning of April in the Okavango Delta.
...
Reddit
Google+
Blogger
Pinterest
StumbleUpon
Telegram
WhatsApp
111