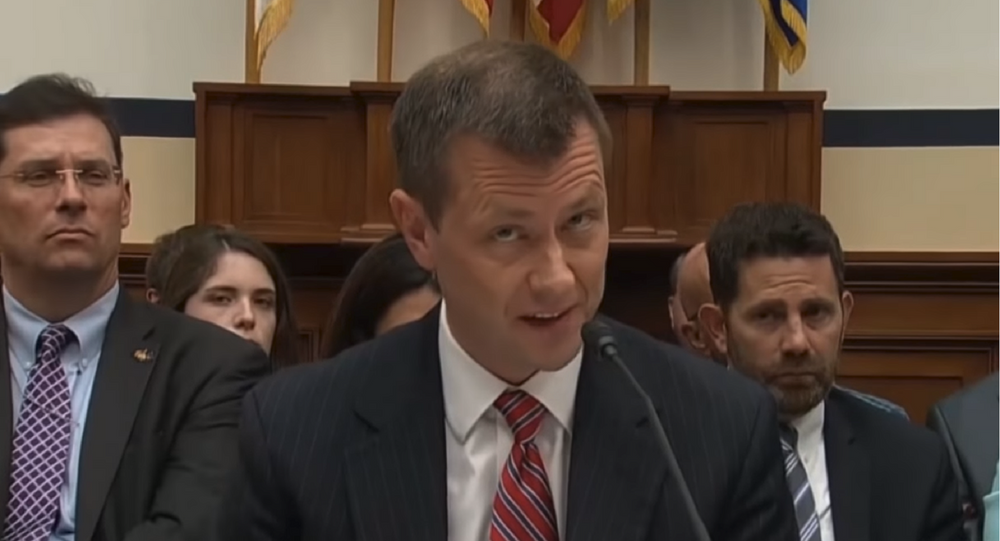 On 14th February 2017, The New York Times published a bombshell exclusive based on the word of a quartet of anonymous intelligence officials - Trump Campaign Aides Had Repeated Contacts With Russian Intelligence.

To say the least, the article caused something of a stir, its sensational claims breathlessly and endlessly repeated by journalists and pundits the world over for months afterwards. While former FBI Director James Comey disputed the article’s veracity under oath in June that year, telling the Senate Intelligence Committee “in the main, it was not true”, The Times defended its reporting, and refused to retract the piece.

Now, a previously classified internal Bureau assessment of the article written by Peter Strzok released at the order of Senate Judiciary Committee Chair Lindsey Graham has exposed the degree to which the article was a crudely woven patchwork of misrepresentation, exaggeration and outright lies.

The file consists of a facsimile of the article, with accompanying commentary and observations from the now-notorious then-FBI special agent - it seems to have been produced due to internal bewilderment at many key claims made by The Times, certain comments making clear the Bureau was keen to identify how and why the disinformation made it into the paper.

Despite Comey denial, NYT stood by their sources: the "current and former" US officials leaking false info. pic.twitter.com/EOH0wb0kZv

​Strzok’s objections begin at the very start of the report, which states “phone records and intercepted calls” showed members of Donald Trump’s 2016 presidential campaign “and other Trump associates” had repeated contacts with senior Russian intelligence officials in the year before the election.

“This statement is misleading and inaccurate...we have not seen evidence of any individuals affiliated with the Trump team in contact with intelligence officials. The FBI has information on the following individuals in contact with Russians (both governmental and non-governmental): [redacted]. There is no known intel affiliation and little if any government affiliation,” Strzok writes.

A few paragraphs on, the article states the anonymous officials alleged the intercepted communications were not limited to Trump campaign officials, and “0n the Russian side, the contacts also included members of the government outside the intelligence services”.

“We do not know nor can we figure out what this means or where it might be coming from (ie something we can identify as a source of misunderstanding),” Strzok notes.

In the very next paragraph, it’s claimed one of the Trump advisers who’d been speaking with Russians was Paul Manafort, Trump’s campaign chair March - August 2016.

“We are unaware of any calls with any Russian government official in which Manafort was a party. If this material is held by the US Intelligence Community, we aren't aware of it. Both CIA and NSA are aware of our subjects, and throughout the summer we provided them names and selectors for queries of their holdings as well as prospective collection,” a flustered Strzok responds.

Fittingly, later on in the article, it’s specifically claimed the NSA captured the phantom calls between Trump’s associates and Russian individuals “as part of routine foreign surveillance” - “if they did, we aren't aware of it”, Strzok bluntly retorts.

Do they stand by this story that Strzok refuted privately, Comey refuted publicly, & Mueller found no evidence of like they stand by their Russia bounty story, which their own reporting contradicted? https://t.co/lqcE3bPQ5B

That's not standing by reporting, it's denying reality.

Page certainly was “closely examined” by the Bureau - he was subject to four Foreign Intelligence Surveillance Act warrants, two of which have since been ruled to have been secured unlawfully. In April 2019, the Mueller Report revealed that investigators found no evidence Page coordinated Trump campaign activities with the Russian government.

Previously declassified files have revealed Flynn was likewise closely examined by the FBI, and their probe quickly closed on the grounds of "no derogatory information" being found, until Strzok himself personally intervened to keep it open.

Stone, however, as Strzok notes in the assessment, wasn’t subject to FBI investigation at all.

The article goes on to note the Bureau was trying to assess the credibility of the information contained in the ‘Trump-Russia’ dossier compiled by former British spy Christopher Steele - “senior FBI officials” are said to believe Steele “has a credible track record”.

Previously released declassified documents have amply underlined there was in fact little faith whatsoever in Steele, much less his dossier, among Bureau staff by February 2017 - in fact, an internal probe into the dossier’s content, and how it was compiled, concluded it contained disinformation fed to Steele’s sub-sources by Russian intelligence operatives. The ex-MI6 operative’s primary source also told investigators Steele had greatly misrepresented many things he’d said.

This is briefly referenced in Strzok’s commentary on the article, the special agent writing that “recent interviews and investigation reveal Steele may not be in a position to judge the reliability of his subsource network”.

In response to the assessment’s public release, Eileen Murphy, a Times spokesperson, said “we stand by our reporting”.