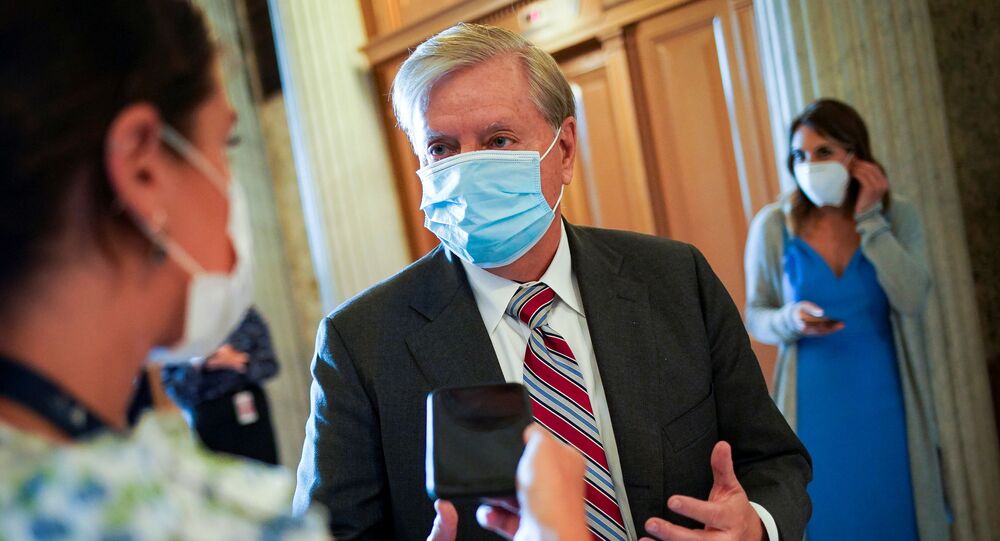 WASHINGTON (Sputnik) - Two recently declassified documents released by the US Senate Judiciary Committee further undercut the reliability of the Steele dossier that became the basis for warrants to spy on members of President Donald Trump’s 2016 campaign, committee Chair Lindsey Graham said in a press release on Friday.

"The dossier was a critical document to justify a FISA [Federal Intelligence Surveillance Act] warrant against [Trump campaign aide Carter] Page and this DOJ [Justice Department] memo clearly indicates that the reliability of the dossier was completely destroyed after the interview with the primary sub-source in January 2017," Graham said in the release.

The memorandum was one of two documents released on Friday.

The first document consists of 57-page summary of a three-day interview the FBI conducted with Christopher Steele’s so-called Primary Sub-source in January of 2017, the release said.

A second document details comments of former FBI agent Peter Strzok, who was fired by Special Counsel Robert Mueller early in an investigation that failed to substantiate allegations of Trump campaign collusion with Russia, the release added.

The statements by Strzok raise troubling questions as to whether the FBI was impermissibly unmasking and analyzing intelligence gathered on Trump aides, according to the release.

Senate Republicans claim malfeasance in the Mueller investigation reflected an attempt by an outgoing Democratic administration to use US intelligence surveillance capabilities to undermine results of an election that placed Trump, a Republican, in office.