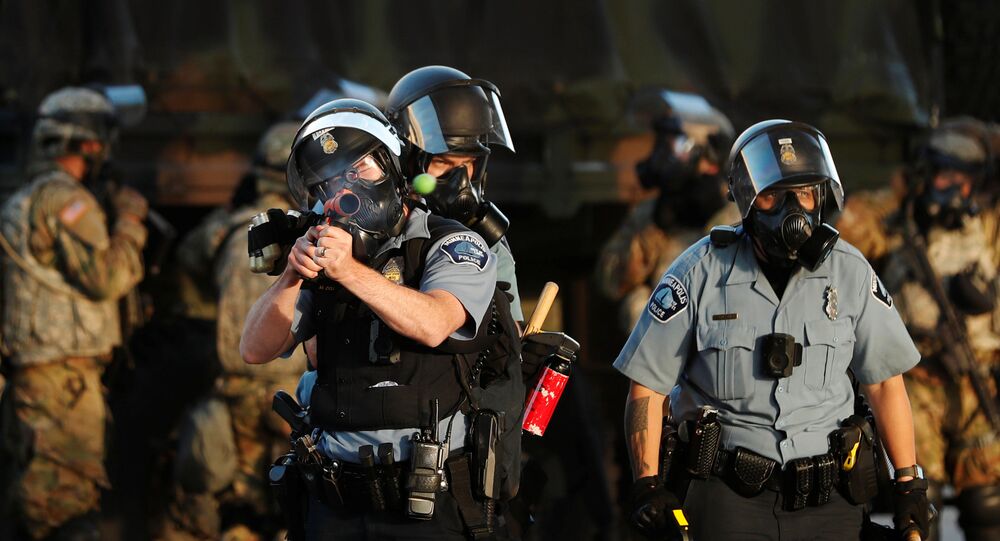 For the past four days, the US has been witnessing rising unrest following the death of an African American man who was brutally manhandled by the police. Protests calling for justice have now spread from Minnesota to other American states, with many rioters resorting to looting, fire-raising and violence.

It all started on 25 May when a 46-year-old black resident of Minneapolis was detained by the police for allegedly using a counterfeit $20 note and physically resisting law enforcement, according to police officers’ accounts. The man, who was later identified as George Floyd, was brutally pinned to the ground during his arrest, with one officer, Derek Chauvin, pressing his knee against the man’s neck for more than eight minutes despite the victim’s repeated calls that he could not breathe. Floyd was pronounced dead an hour later.

The events surrounding Floyd’s arrest are now painfully familiar around the world, as they were caught on camera by passersby and shared online, provoking public outcry.

Following the incident, protests erupted in Minneapolis, and soon spread to other cities across the United States, including Atlanta, New York, and Washington DC.