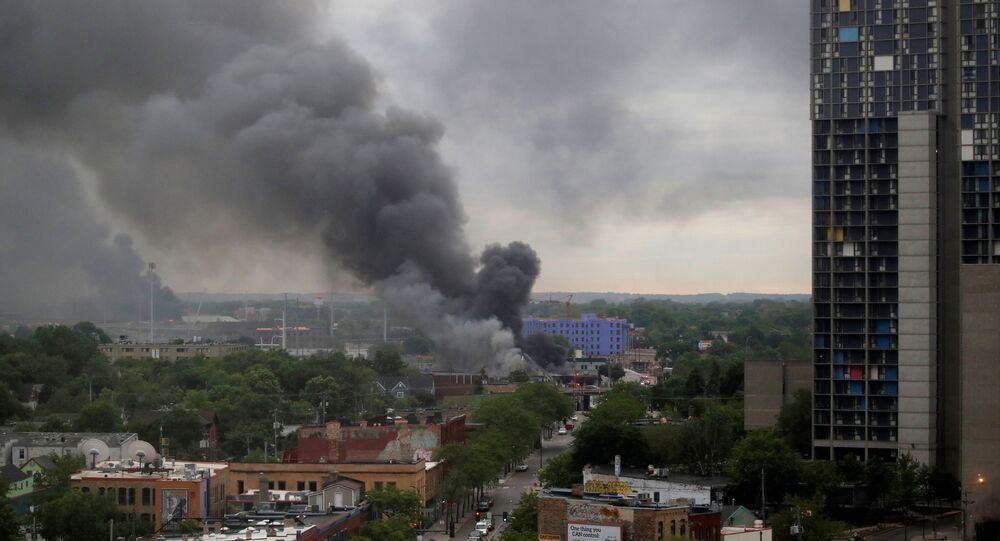 On 29 May, Minnesota Governor Tim Walz called for swift justice for the police officers involved in the death of George Floyd.

Derek Chauvin, a white Minneapolis police officer who was seen on video kneeling on the neck of a handcuffed black man named George Floyd who later died in custody after pleading that he couldn't breathe, was arrested by state investigators, Public Safety Commissioner John Harrington announced.

As Hennepin County Attorney Mike Freeman explained during a press conference on Friday, Chauvin has been charged with murder and manslaughter.

This development comes as Minnesota Governor Tim Walz on 29 May acknowledged the "abject failure'' of the response to the protests that rocked Minneapolis this week, and called for swift and fair justice for the police officers involved in Floyd's death.

"It is my expectation that justice for officers involved in this will be swift, that it will come in a timely manner, that it will be fair," Walz said. "I am confident that those very things I just said will happen."

BREAKING: Fmr Minneapolis police officer Derek Chauvin is charged with third degree murder plus manslaughter. He’s the man who held him knee on George Floyd’s neck until he couldn’t beg for help any longer.
The local prosecutor says its extraordinary how fast they moved to charge pic.twitter.com/D7uYU0BVPz

​George Floyd died in police custody after being pinned to the ground and handcuffed by police officers who arrived in response to a call from a grocery store claiming Floyd had tried to pay for his purchase with an allegedly counterfeit banknote.

A wave of protests erupted in Minneapolis after the footage of the incident went viral, followed by an attack on the Minneapolis Police Department’s 3rd precinct headquarters, where the responding officers, who have since been fired, worked.

© REUTERS / CARLOS BARRIA
A man prepares to throw a mannequin onto a burning car at the parking lot of a Target store during protests after a white police officer was caught on a bystander's video pressing his knee into the neck of African-American man George Floyd, who later died at a hospital, in Minneapolis, Minnesota, U.S., May 28, 2020

The police responded with tear gas and nonlethal ammunition, while Governor Walz called up the National Guard to help deal with the unrest.

"These activities threaten the safety of lawful demonstrators and other Minnesotans, and both first responders and demonstrators have already been injured," the governor said.