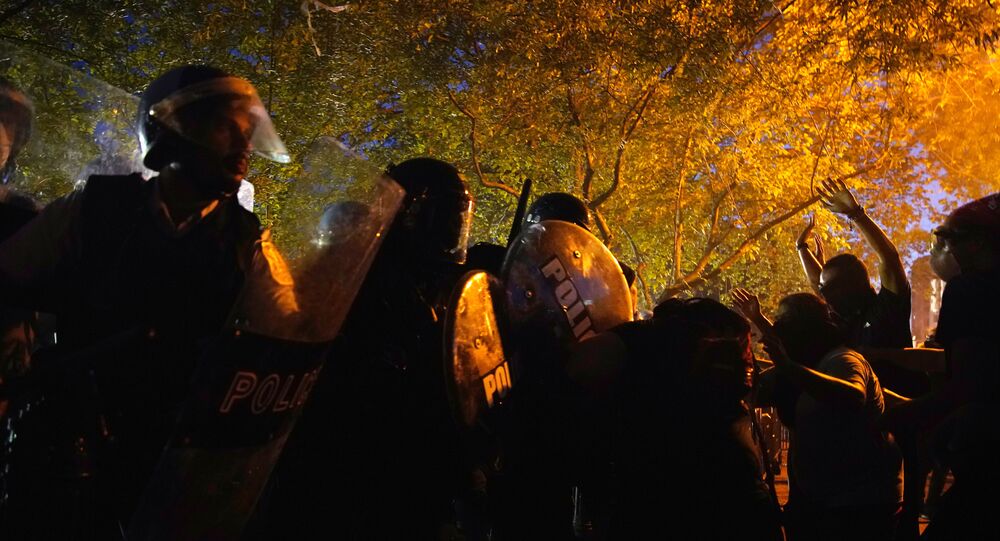 Protests over the death of George Floyd have grown nationwide and are expected to continue for a fifth day in Minnesota and across the US, including clashes and rioting.

The Pentagon said it has increased the alert status of some US military units amid civil unrest. Military helicopters were seen in the sky above Minneapolis on Saturday, for the first time since the George Floyd protests started.

Meanwhile, in Washington, citizens engaged in open clashes with police officers who were trying to prevent them from getting to the White House.

In Los Angeles and Denver, curfews have been imposed as the unrest escalated, with citizens committing multiple acts of vandalism, arson, burglary, and criminal mischief amid the unrest. In New York City, protesters broke the windows of a police van and attacked officers, several people were arrested.

Demonstrations have continued despite the arrest of former Minneapolis Police Department officer Derek Chauvin, who was charged with murder and manslaughter in George Floyd's death.

US President Donald Trump has once again called out the protesters, saying they are disgracing the memory of George Floyd, adding that if tougher action is not taken by local authorities, "federal government will step in and use the military and make arrests".

*Follow Sputnik feed to get the latest updates on the story.