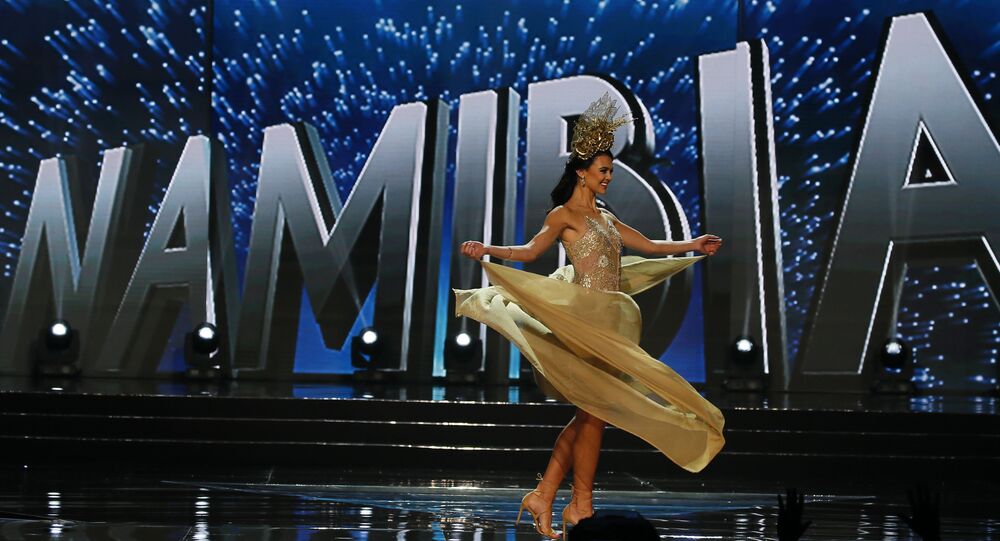 Boasting an abundance of wildlife, massive sand dunes and the world's largest underground lake, tourism chiefs describe Namibia as a place to find - or in Donald Trump's case, lose.

Famous for his "fake news" outbursts, the US president has now added to his growing list of "unpresidented" achievements by inventing a new African country during a speech at the United Nations this month.

Speaking at a working lunch with African leaders, Donald Trump told his guests, "In Guinea and Nigeria you fought a horrifying Ebola outbreak."

Then he went on to make his "Nambia" gaffe that has been greeted with derision by his critics and jokers on social media.

His rebranding of the African country, which gained independence from South Africa in 1990, has also caused much amusement among its two million inhabitants.

So, why could the US president forget its name?

The 'Gem of Africa'

Namibia became one of the last places in Africa that gained independence in 1990 following almost 25 years of bush war between pro-independence fighters and South Africa.

Having been annexed by Germany, it had been taken over by South Africa during the First World War and governed under a League of Nations mandate.

Since becoming completely independent, the president remains the head of the democratically-elected government, ruled from the capital city of Windhoek.

I've arrived with my delegation in New York, USA, for the 72nd Session of the United Nations General Assembly. #UNGA72 pic.twitter.com/2QEmzloJ4T

Freedom of speech remains one of its most important pillars and the general political situation is described as being "stable" while, presently being ruled by the South West African People's Organization (SWAPO) party.

Namibia's main industries include agriculture, tourism and mining for diamonds, uranium and metals.

Known as the "Gem of Africa" by eco-tourists, Namibia has one of Africa's finest parks, Etosha National Park, which is home to the continent's tallest elephants, the endangered black rhino and more than 90 other species of mammal. Its wildlife also features cheetahs, lions and leopards.

Largely malaria-free, the country enjoys 300-days of sunshine as well as the oldest desert in the world, Namib, which means "open space."

Some Namibians decided to make the most of the country's new-found fame by turning the US president's blunder to Namibia's advantage — while showing they have a real sense of humor.

#Nambia is trending now thanks to Trump

Appreciating my beautiful country and its landscapes. #Namibia not #Nambia #fishrivercanyon #Africa pic.twitter.com/Kjdx3B3mJf

Ironically, earlier this year, a video produced in the African country went viral after it satirically asked Mr. Trump to let Namibia be "First" in Africa, in exchange for letting America be first in the world.

It is, of course, not the first time Mr. Trump has put his foot in his mouth — and got it horribly wrong.

He famously tweeted about the "unpresidented" act of China in capturing a US Navy research drone — only to later delete it and replace it with the correct spelling.

Indeed his love of using social media as his own personal platform to inform the world what he is doing in the White House has often backfired.

The president introduced his Twitter followers to the word "covfefe" while attacking the media over their constant negative press coverage.

He has also been known to send messages to the wrong people, such as his daughter Ivanka, whom he described as being "a woman with real character and class." Unfortunately it was sent to Ivanka Majic in Brighton, who responded by telling Mr. Trump to spend less time sending messages and learn more about climate change.