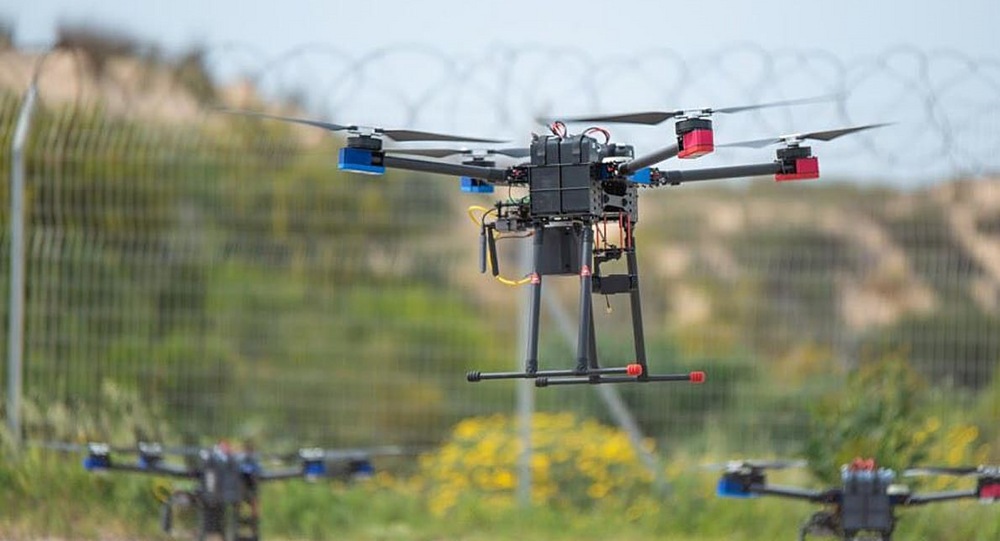 Just a handful of countries are known to have advanced homegrown drone warfare programmes, with fewer still working on the concept of integrating artificial intelligence technologies to command entire armadas of drones on the battlefield. Israel is one of them.

The Israeli military has formally acknowledged its use of swarms of AI-assisted drones during May’s campaign of air and missile strikes against Gaza, Walla News has reported, citing a company commander of the IDF’s highly-secretive "ghost" unit identified only as Major "Mem."

According to the commander, small "flocks" of advanced AI-driven drones were used in the intense 11-day conflict between Tel Aviv and Hamas, which saw the IDF launching hundreds of air and missile strikes into the besieged enclave as thousands of Hamas rockets rained down on cities in Israel.

Mem said the drone flocks – capable of communicating with one another, pinpointing targets and even directing airstrikes – were deployed over Gaza and used to look out for rocket launch sites and inform Israeli Air Force aircraft or ground-based forces in Israel to attack them.

“After a year of preparation and exercises, the situation came and the aerial detection system is able to find the enemy and destroy it and bring the operational achievement we are looking for,” Mem told Walla, with his comments translated into English by The Times of Israel.

“We conducted more than 30 sorties with the drone swarms, which collected precise intelligence and assisted other drones to carry out attacks on the targets,” Mem added.

Mem’s unit is said to have worked hand in glove with Elbit Systems – a major Israeli defence electronics company and drone maker, as well as other military units – to tweak the drones’ capabilities during the fighting.

The commander also suggested that the real test for the AI drone swarms would come in the event of another conflict with Lebanon’s Hezbollah militants, whose capabilities in terms of rocket numbers, their range and manoeuvrability characteristics are thought to far outmatch those of Hamas.

“We’re not resting on our laurels. We are already looking northward and preparing for operations in the next war,” Mem said.

© AP Photo / Mohammed Zaatari
Hezbollah Warns Israel With Hellfire If It Strikes as Gantz Threatens to Make Lebanon ‘Tremble’
The AI-assisted drone swarm was not the only advanced technology used by Israel in the last Gaza campaign. Earlier this year, the IDF revealed that a semi-autonomous ground-based robot fitted with sensors, a 7.62 mm MAG machine gun and a self-destruct capability developed by Israel Aerospace Industries had been deployed to the Israel-Gaza border.

Along with Israel, the United States, China, Russia, the UK, Italy, and Japan are known to be working on either drone swarm technology, the means to shoot down swarms of drones, or both.

Last year, Abishur Prakash, geopolitical futurist and author of the book "The Age of Killer Robots" told Sputnik that the rapid advance of AI-powered drone technology makes it crucial for nations to at least discuss the possibility of establishing rules of engagement or safeguards for such new weapons systems to guard against a flashpoint turning into a great conflagration.

Others have suggested the drafting of formal treaties, aimed restricting the use of advanced drones and other advanced weapons amid concerns that human beings can be taken out of the loop in controlling them, and that such systems can be transferred to terrorists and other non-state actors.

Videos: Sirens Sound at US Embassy in Baghdad Amid Reports of Downed Drone