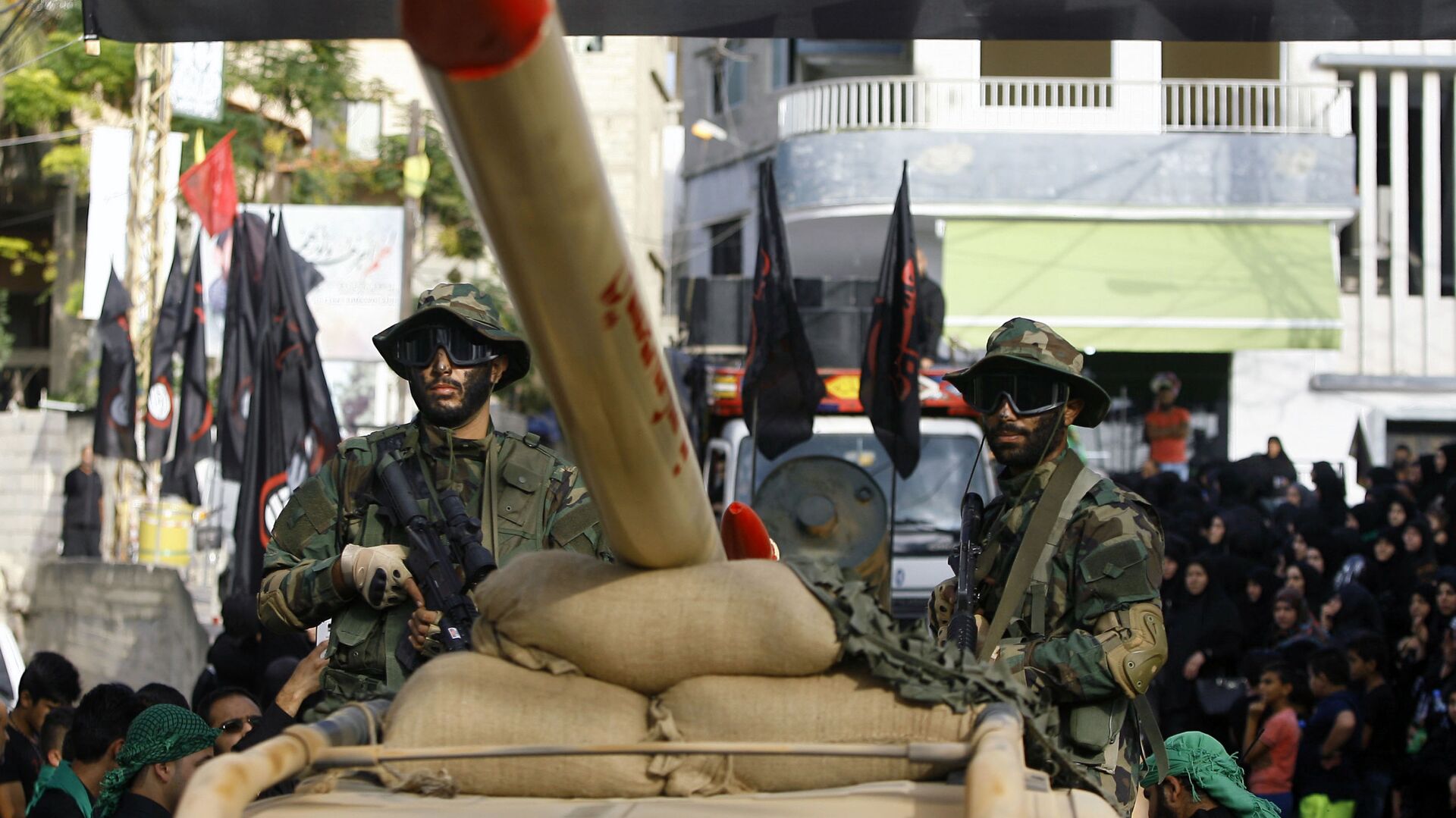 Ilya Tsukanov
All materialsWrite to the author
The Lebanese Shia political party and militant group has engaged in dozens of skirmishes with the Israeli military in recent years, and fought a major war against the Israel Defence Forces in 2006.

Israel is advised to stop making threats against Lebanon, and will face a previously unimaginable response in the event of hostilities with Hezbollah, Hassan Baghdadi, a member of the group’s central council, has warned.

“They should not err in their calculations again. If there is a war with Hezbollah, they will see the fire of hell as they have never imagined even in their dreams,” Baghdadi said, his comments quoted by Sputnik Arabic.

The official suggested that the problem with Israel’s leaders was that they “do not learn lessons and do not understand real politics,” and that their “aggressive and criminal nature always drives them to adventurism…adding to our faith the hope that this entity will cease to exist at a record speed.”

“We are ready as ever to protect Israeli citizens. If an attack comes from the north, Lebanon will tremble,” Gantz warned on 26 May in a speech marking the 39th anniversary of the Israeli invasion of southern Lebanon in 1982. “The houses in which weapons and terrorist operatives are being hidden will become rubble. Our list of targets for Lebanon is bigger and more significant than the one for Gaza, and the bill is ready to be settled if necessary."

Gantz’s comments came following last month’s fighting between the IDF and Hamas, during which the Palestinian political and militant group fired thousands of rockets into southern Israel, while the IDF pounded Gaza with hundreds of missiles. The conflict, the largest of its kind since the 2014 Gaza War, led to the deaths of over 250 people in Gaza and the West Bank, and caused over a dozen Israeli fatalities. It was sparked by the Israeli Supreme Court’s threat to evict Palestinian families in East Jerusalem and police attacks on worshipers at the Al-Aqsa Mosque. 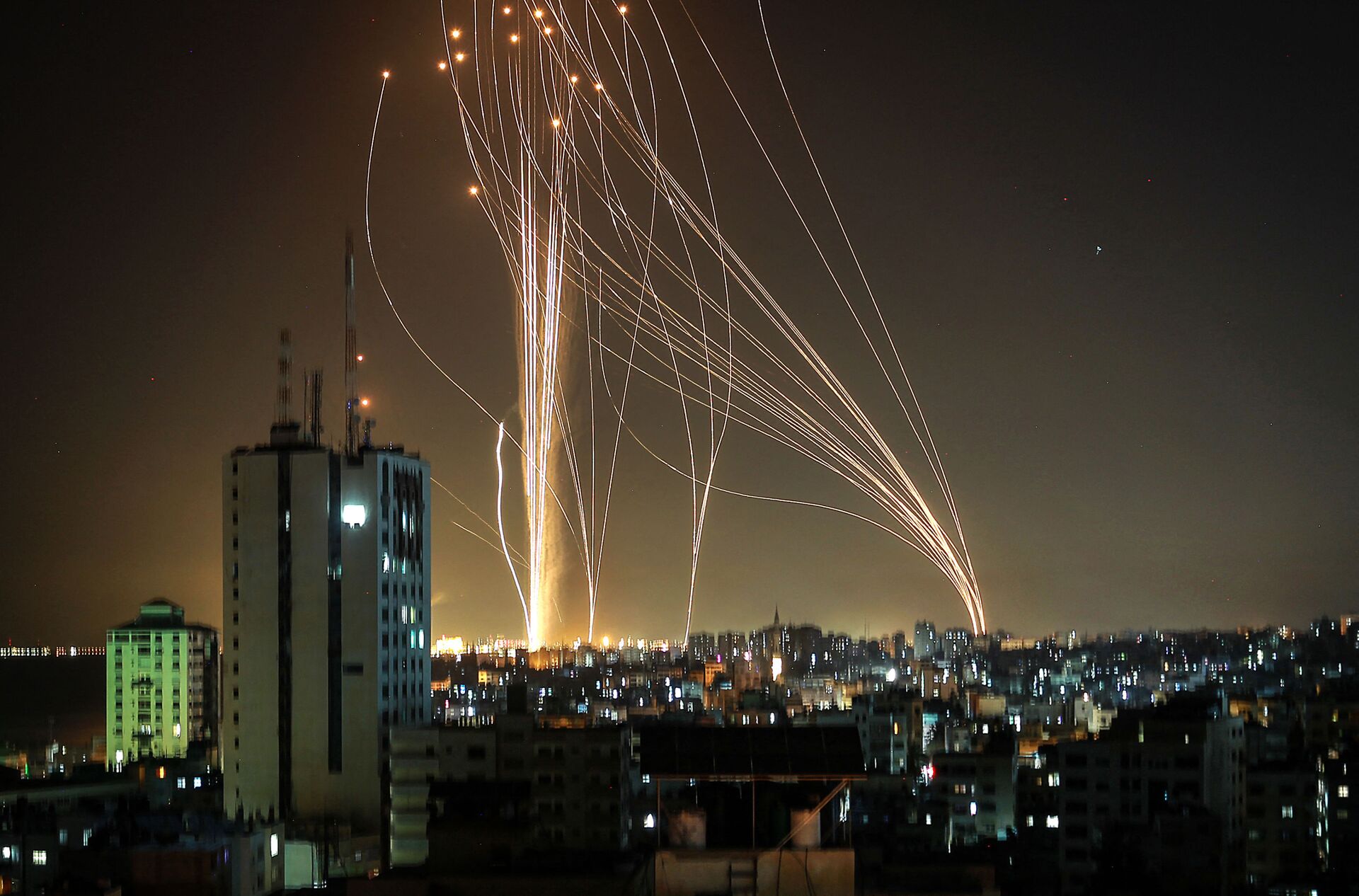 Rockets are launched from Gaza city, controlled by the Palestinian Hamas movement, in response to an Israeli air strike on a 12-storey building in the city, towards the coastal city of Tel Aviv, on May 11, 2021
© AFP 2022 / ANAS BABA

IDF Launches Massive Military Exercise to Simulate War on 'Multiple Fronts' Amid Flaring Tensions
Hezbollah, whose rocket and missile power is widely considered to be far greater than that of Hamas, has repeatedly warned Israel against possible aggression. Earlier this year, Hezbollah leader Hassan Nasrallah suggested that “should war erupt, Israelis will see events they haven’t witnessed since Israel’s inception,” and urged Tel Aviv not to “play with fire.”

In March, Israel’s Home Front Command stated that the country would face a barrage of as many as 2,000 rockets and missiles a day in the event of war with the Lebanese militant group, and that such an assault would pose a challenge to Israel’s military and civil defence capabilities. Even the recent clashes between Israel and Hamas proved to be a challenge for Israel’s Iron Dome defence system, with Israeli defence observers expressing concerns about the militant group’s ability to partially overwhelm air defences using massed volleys of rockets, which have shown improved range characteristics since the 2014 war.