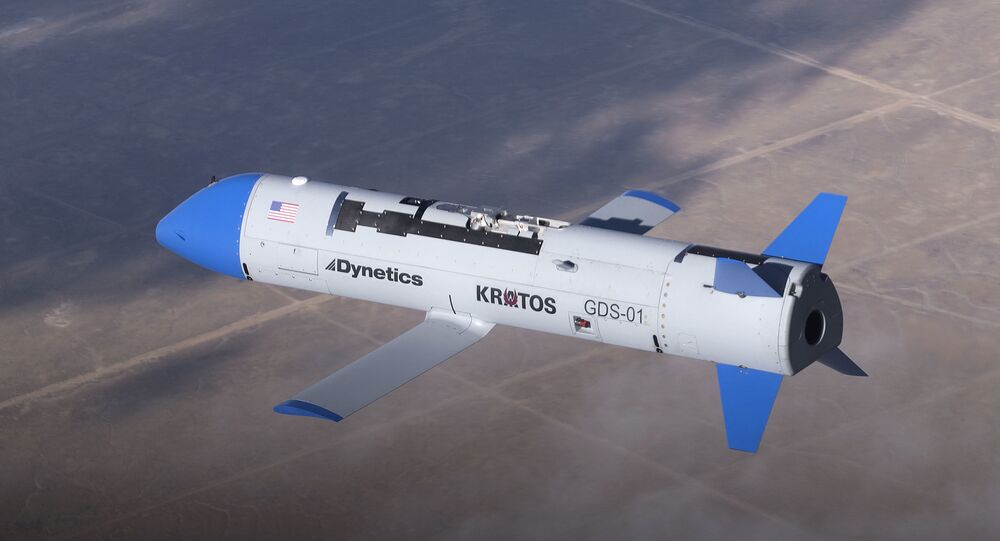 Semi-autonomous drone swarms are the next step in unmanned aerial vehicles, but getting the machines to function individually, much less in unison, has proven challenging so far for the Pentagon.

During a recent flight test, scientists at the US’ Defense Advanced Research Projects Agency (DARPA) and Dynetics failed to reconnect any of the three X-61A Gremlins Air Vehicles (GAV) to the C-130 Hercules “mothership,” a vital function in making the swarming drones functional as war weapons.

In a recent news release, DARPA noted the effort was “just inches from success” after the three semi-autonomous drones couldn’t hook up to the retractable “bullet” towed behind the C-130 mothership, which is how the drones are retrieved at the end of their mission.

The Gremlins made nine attempts, but “relative movement was more dynamic than expected,” DARPA said - in other words, there was too much turbulence behind the large, prop-driven C-130 cargo plane bouncing the plug around for the Gremlins to make the connection. Since they have no ability to land on their own, the GAVs deployed emergency parachutes and floated down instead.

Still, DARPA said researchers collected enough information during the flights to plan for another test flight in the Spring of 2021. Their goal is to eventually demonstrate the ability to deploy and recover four Gremlins in 30 minutes.

"All of our systems looked good during the ground tests, but the flight test is where you truly find how things work," Scott Wierzbanowski, the Gremlins Program Manager in DARPA’s Tactical Technology Office, said in the release. “We came within inches of connection on each attempt but, ultimately, it just wasn’t close enough to engage the recovery system.”

Dynetics flew a Gremlin for the first time in November 2019, a test that demonstrated the basics of its functioning, but in which it was also destroyed after its parachute failed to deploy and it plummeted into the ground at full speed.

According to a Dynetics fact sheet, the nimble drones are 14 feet long with two folding wings that reach an 11.4-foot wingspan, or roughly the size of a cruise missile. A jet engine can power them at up to Mach 0.6, and they can carry up to 145 pounds of ordnance for missions including electro-optical or infrared imaging, laser spotting, electronic warfare or even “kinetic” attack. They are intended to become semi-autonomous or fully autonomous, communicating with other Gremlins in their “swarm” to carry out missions.

However, the Gremlins aren’t the Pentagon’s only option for developing an aircraft-borne drone: in September, General Atomics, which makes some of the Pentagon’s staple unmanned aerial vehicles like the Predator and Reaper drones, introduced its Sparrowhawk, which is unique in that its mothership would be another drone.