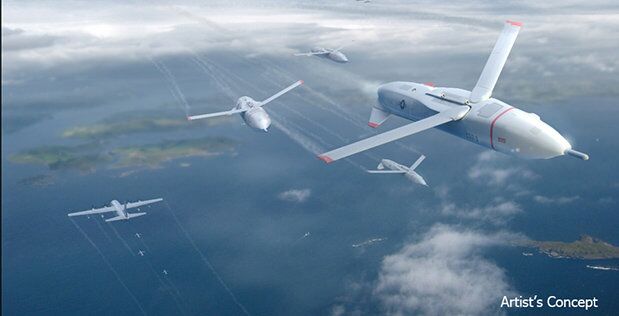 Besides Russia, a handful of other countries, including the US, China, Italy, the UK, Japan and Israel are known to be working on technologies related to the mass deployment of unmanned aerial vehicles, whether it’s to use them in combat and reconnaissance or to bring them down.

The Scientific and Research Institute for Long-Distance Radar Communications (Russian acronym ‘NIIDAR’), a major Russian radar systems developer, is currently working on a new, cutting-edge radar capable of the precision detection of drone swarms, a spokesperson from the company’s press service said.

Speaking to Sputnik on the sidelines of the ongoing ARMY-2020 military expo outside Moscow, the spokesperson explained that although existing radar systems can detect drone swarms, they cannot discern their precise numbers, and detection can be spotty depending on the drones’ size.

“Several versions of the system are being developed – for sectoral and for omnidirectional control of airspace, with the ability to detect small and low-speed unmanned aerial vehicles, including those operating in swarms. The number of objects which can be detected simultaneously is limited only by the system’s computing power,” the spokesman said.

According to NIIDAR general director Kirill Makarov, amid the massed use of drones in a variety of settings today, the creation of the new radar will help operators ensure the safety of important infrastructure from airspace violations for industrial espionage, or other illegal purposes.

The company believes its radar system could prove useful for both government and private entities, and that it has major export potential.

Developers in in a handful of countries are working on drone swarm and anti-drone swarm technology for military applications. The United States alone has multiple separate programs in this area, with the Defense Advance Research Projects Agency (DARPA), also known as the Pentagon’s ‘mad scientist division’, working on concepts including a computer-brain interface to enable a human being to control a swarm of drones with his or her mind, and the Gremlin project by Dynetics, which envisions the deployment of drones from and to a C-130 ‘mothership’ transport aircraft.

DARPA
Video: Pentagon’s ‘Mad Scientist Division’ Tests ‘Mothership’ for Gremlin Drone Swarm
In early August, US Army Combat Capabilities Development Command issued a notice to defence contractors on the capabilities it wants its next-gen UAVs, or ‘Air-Launched Effects’, to have. The Army wants new swarm drones to have the ability to carry out lethal attacks, act as a decoy against integrated air defence systems, and conduct reconnaissance. In addition, the Army wants two different kinds of drones, including a ‘small’ UAV weighing no more than 100 pounds (45.35 kg), with a cruising range of at least 100 km at a speed of 30 knots. A ‘large’ drone is to weigh no more than 225 pounds (102 kg), have a range of 350 km, and a cruising speed of at least 70 knots.

The US defence industry is also known to be working on drone swarm defences, with the Air Force Research Laboratory recently testing a new piece of equipment known as the ‘Tactical High-Power Operational Responder’, which is said to be capable of taking down several unmanned aerial targets at once using an electromagnetic strike.

The Coyote, a ‘loitering munition’ system developed by Raytheon to take down enemy drones using kinetic force, is another program which has been approved by the Pentagon.

Last month, Abishur Prakash, geopolitical futurist and author of the book ‘The Age of Killer Robots’, told Sputnik that the rapid advance of technologies including kamikaze drones, AI-powered drones, and drone swarms, makes it vital for nations to at least talk about the possibility of establishing rules or safeguards for such new weapons systems to guard against any potential disaster.