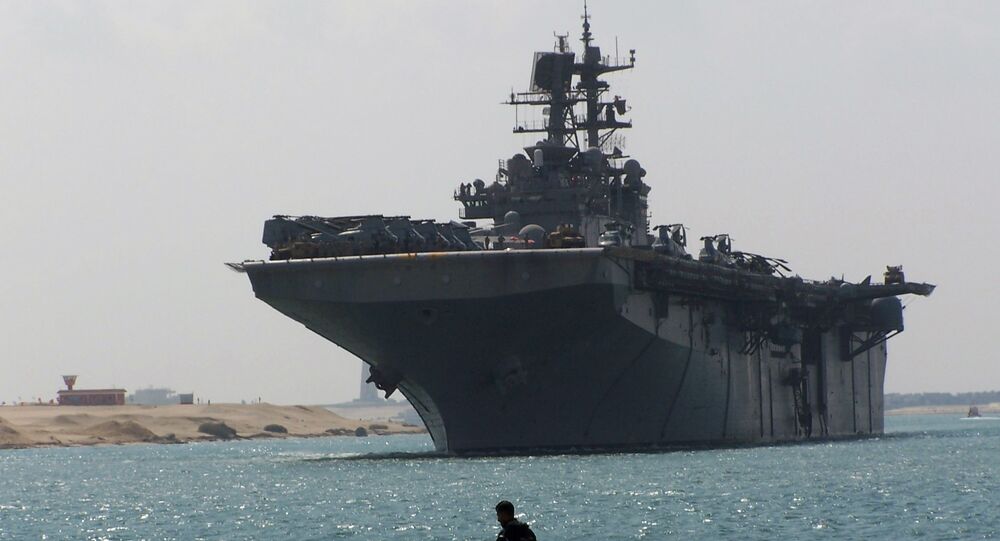 While there has been ample focus on China’s few but ever-larger fixed-wing aircraft carriers, comparatively little attention has been paid to a host of helicopter carriers and amphibious assault ships that pose a far greater danger to Taiwan and the South China Sea.

The Type 075 landing helicopter dock (LHD) is almost as large as the aircraft carrier Liaoning and its larger sister ship, Type 001A, but the new vessel’s construction has been paid comparatively little attention. While the assault ship can’t launch fixed-wing aircraft, it can carry dozens of helicopters as well as large detachments of marines and their landing craft, posing a potent threat to any maritime area.

China is going to war soon. Here are some of their new fleets:

​The Type 075 ships are predicted to be roughly the same size as the Wasp-class ships, making them by far the largest such vessels operated by a non-American naval force. The Diplomat notes that the initial Type 075 LHDs are expected to weigh in at 31,000 tons’ displacement and carry 28 helicopters, but that a larger Type 075A is believed to be in the works, to the tune of 40,000 tons’ displacement and an air wing of 40 helicopters.

That’s roughly the size of World War II-era fleet carriers used by the US and Japan.

​An LHD for the People’s Liberation Army Navy (PLAN) has long been anticipated, ever since the eighth and final Type 071 landing platform dock (LPD) was announced. These 25,000-ton warships are like LHDs but without the flat top and hangars for aircraft, although they have a small landing platform on the stern of the ship. The US operates a similar vessel, the San Antonio-class LPD.

It’s currently believed the three Type 075-class ships ordered are being assembled by Hudong Zhonghua, a subsidiary of China State Shipbuilding that operates out of Shanghai. Numerous aerial, satellite and on-the-ground photos support this thesis, showing two vessels with large well decks such as those required to perform amphibious dock duties being built side-by-side in the Hudong Zhonghua drydocks.

Via Airbus Defence and Space imagery, this image of the first Type 075 LHD and the 8th Type 071 LPD was taken on 4. June at the Hudong-Zhonghua shipyard, just two days prior to the 071's launch on 6. June. pic.twitter.com/hbwqQPCfuQ

​The shipyard technician who took these photos and posted them on his Weibo account reportedly noted shortly thereafter that he’d been fired from his job, The National Interest reported. His Weibo account was deleted soon after.

These are allegedly the very first clear images of the PLAN Type 075 LHD under construction :-o

​According to Sina, three such ships are expected to be in service by 2025, with the first finishing construction next year.

One glaring weakness the PLAN faces compared to the US Marine Corps is that it has no vertical takeoff fixed-wing or tilt-rotor aircraft, such as the V-22 Osprey or F-35B Lightning II, meaning it can only operate helicopters from the new carriers. However, with Beijing readying a naval version of its new Z-20, the PLAN could soon have a potent anti-ship and anti-submarine aircraft.

Taiwan in the Crosshairs?

The Pentagon has taken notice of the new assault fleet, even if the press hasn’t. In the US Department of Defense’s annual China Military Power Report to Congress this past May, the Office of the Secretary of Defense told lawmakers that China’s navy “continues to develop into a global force, gradually extending its operational reach beyond East Asia into a sustained ability to operate at increasingly longer ranges.”

“China’s amphibious ship fleet, however, has in recent years focused on acquiring a small number of LPDs, indicating a near term focus on smaller scale expeditionary missions rather than a large number of LSTs and medium landing craft that would be necessary for a large-scale direct beach assault,” the 2019 report says, being careful to note that “there is also no indication China is significantly expanding its landing ship force at this time – suggesting a direct beach-assault operation requiring extensive lift is less likely in planning.”

The report also notes that “large-scale amphibious invasion is one of the most complicated and difficult military operations,” dependent upon a multitude of factors, from maintaining sea and air superiority as well as the ability to quickly build up and resupply forces on shore.

“These stresses, combined with China’s combat force attrition and the complexity of urban warfare and counterinsurgency, even assuming a successful landing and breakout, make an amphibious invasion of Taiwan a significant political and military risk.”

Naval News notes that with just the eight Type 071 LPDs, the PLAN can project a force of more than two marine brigades, or roughly 10,000 troops. In addition to this fleet, the PLAN operates at least 60 LSTs (landing ship, tank), which are landing craft large enough to transport up to 10 tanks onto a beachhead and which displace about 5,000 tons each.

The Pentagon’s 2018 report on Chinese military capabilities noted Beijing’s plan to more than triple the size of the PLAN Marine Corps from two brigades to seven by 2020, giving it 30,000 marines and a vastly larger area of responsibility that includes security at overseas bases like that in Djibouti. However, that’s still a tiny fraction compared to the US Marine Corps’ 186,000 men and women under arms.