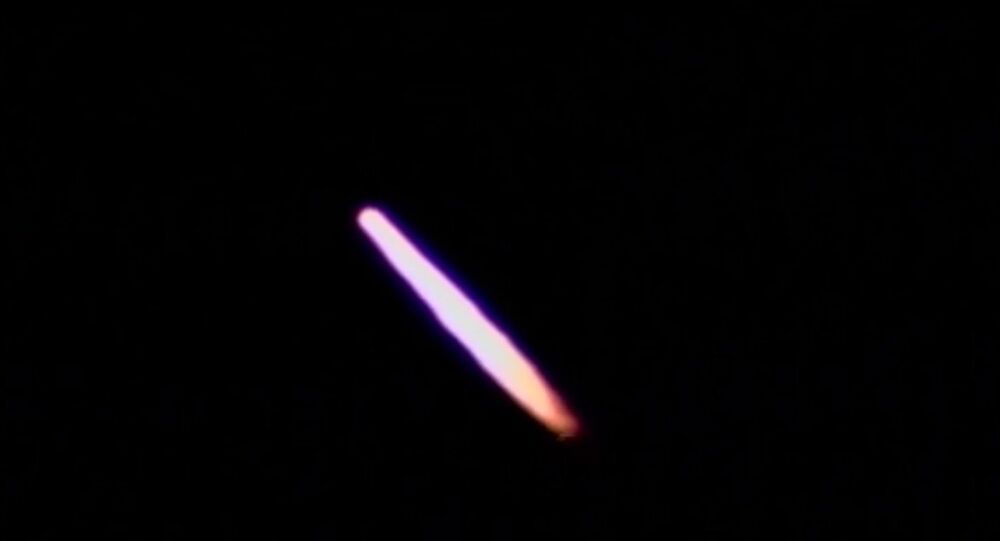 US's Latest ICBM Test: Message for Pyongyang, or for Moscow and Beijing?

The US Air Force has conducted another test of a Minuteman III ballistic missile, the second in a week's time. Speaking to Sputnik, respected Russian military observer Konstantin Sivkov made clear that Moscow is surely aware that the tests are not connected to the tense situation in the Korean peninsula.

On Wednesday, a dummy Minuteman III intercontinental ballistic missile blasted off from Vandenberg Air Force Base in California, flying about 6,800 km and touching down in the Pacific Ocean in the Marshall Islands' Kwajalein Atoll.

The test, which the military said took ten months to plan, was the second Minuteman III launch in a week's time.

Following the first test, which took place April 24, media reports hinted that the test may have been meant as a show of force amid growing tensions between the US and North Korea over Pyongyang's own nuclear and missile testing programs.

After Wednesday's test, US media again speculated that the missile testing was probably connected to tensions with North Korea.

© REUTERS / Michael Peterson/USAF/Handout
US Conducts Second Test Launch in 1 Week of Minuteman 3 Ballistic Missile
The US has about 450 Minuteman III ICBMs in its arsenal, each capable of traveling about 12,900 km to strike targets worldwide. The Minuteman III remains the US's only ground-based ICBM.

Asked to comment on Wednesday's second round of Minuteman III testing, Konstantin Sivkov, a respected Russian military analyst and a member of the Russian Academy of Rocket and Artillery Sciences, told Radio Sputnik that the test was not a message to Pyongyang, but to the world as a whole, and to Russia in particular.

For starters, the expert recalled that "the Minuteman III is a rather old missile. It has been in the US strategic nuclear forces' arsenal for over 40 years. Therefore, these missiles require regular test launches, and it has nothing to do with North Korea."

© Sputnik / Ramil Sitdikov
Always on Guard: All You Need to Know About Russia's Missile Defense
Furthermore, Sivkov noted that even if a war did break out between North Korea and the US, it would be extremely unlikely for Washington to decide to fire the Minuteman III into the Korean peninsula, given its immense destructive firepower.

At the same time, the analyst said that it's worth remembering that the US has made the decision to develop a new, heavy ground-launched missile, which will eventually replace the Minuteman III.

Ultimately, Sivkov emphasized that ICBM tests of this kind by the US are intended not so much as a message to Pyongyang, but as "a signal to the entire world, and especially to Russia, that the US is keeping its nuclear forces ready for use."

© Sputnik / Alexandr Kryazhev
Russia Continues to Limit Nuclear Weapons as NATO, US Seek Military Expansion
Washington has ambitious plans to upgrade its nuclear weapons arsenal. In the waning months of the Obama administration, the White House announced a thirty-year, trillion-dollar program to upgrade its arsenal. After being sworn into office, President Donald Trump whole-heartedly approved the proposed upgrades.

Russia is currently in the process of upgrading its own strategic deterrent, taking account of US and NATO efforts to ring Russia with missile defense, and the bloc's superiority in conventional forces. At the same time however, notwithstanding NATO's continued military buildup along its borders, Moscow has continued to adhere to the 2010 START nuclear arms reduction treaty, and hopes that other nuclear powers will join in in the near future.