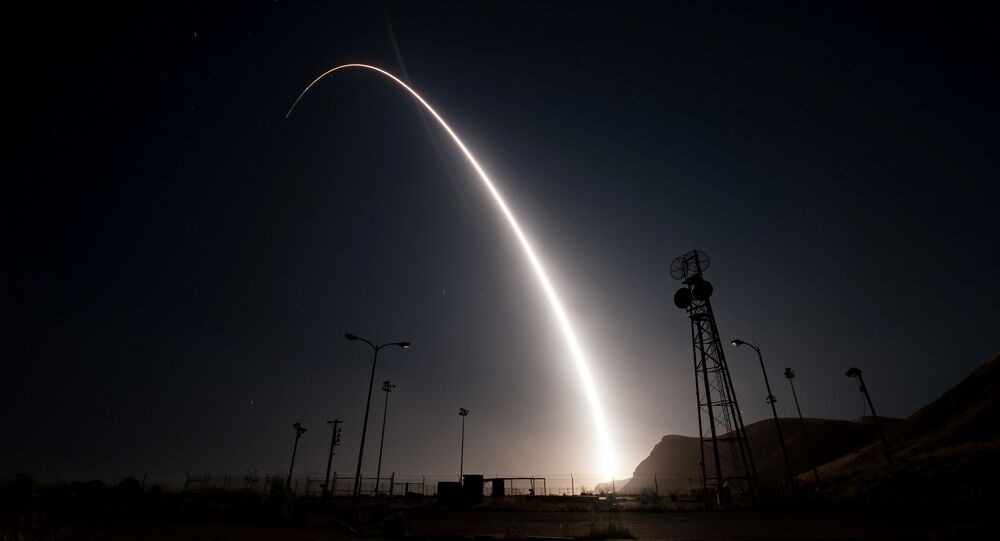 The US Air Force test launched the intercontinental ballistic missile (ICBM) Minuteman 3 for the second time over the course of one week, media reported Wednesday.

© Photo : YouTube/ Raytheon
US Navy Successfully Completes Missile Test Off South California Coast
MOSCOW (Sputnik) – According to Fox News, which broadcast the launch, the unarmed ICBM blasted off from an air force base in California and flew more than 4,000 miles before falling into the Pacific Ocean.

The previous test launch of the ballistic missile by the United States took place on April 26. Media reported, citing the US Air Force Global Strike Command, that an unarmed Minuteman 3 was delivered to a target approximately 4,200 miles from the US Pacific Coast.

The launches are carried out amid tensions surrounding North Korea which had test fired several ballistic missiles over the recent months, including the latest one on Saturday.

According to media reports, there are currently 450 Minuteman missiles in service with the United States Air Force Global Strike Command and about 50 to 75 in reserve.

US, Allies May Ban DPRK Fishing Rights as Punishment for New Missile Tests