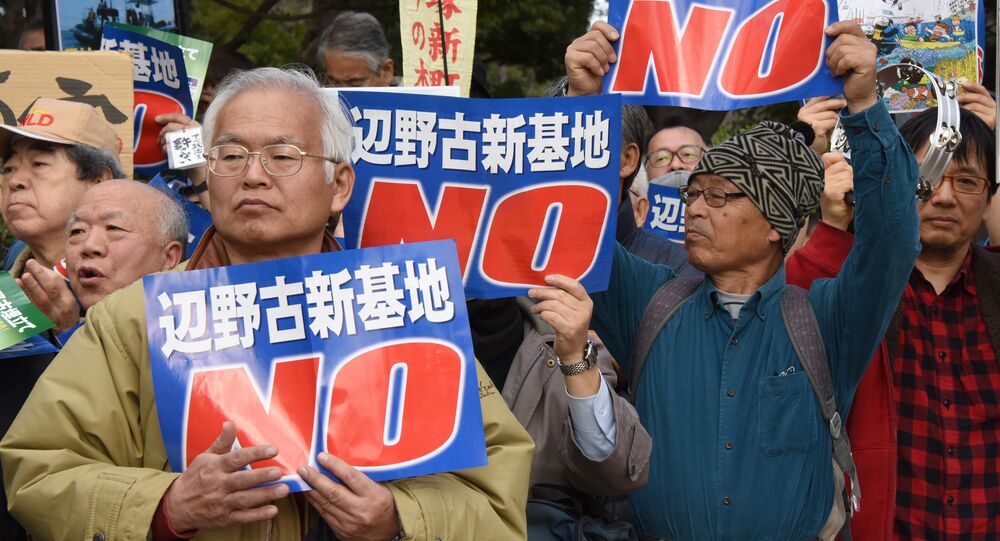 After years of controversy, Japan has announced its intention to continue building a new air base to house elements of the US Air Force stationed on the island of Okinawa.

Tuesday's initiation of the construction of seawalls around the new base, a replacement for the 1945-era US Air Station Futenma on Okinawa, continues the steps toward relocating the immensely unpopular foreign military facility.

Though these plans have met with resistance by officials and the public in the local prefecture, due in part to the ongoing environmental destruction required by the new base, Tokyo officials are going ahead with the build, including the dumping of landfill waste into sensitive marine habitats.

Okinawa governor Takeshi Onaga, citing local resistance to the move, has threatened to withdraw his support, which could hamper the completion of the project. A December 2016 ruling by the Japanese Supreme Court stated that Onaga's offer to annul the construction of the air base was illegal, although legal grounds to back up the governor's threat remain in place.

Local protesters have stepped up their actions at the construction site. The call to have the base closed down entirely, not simply relocated, has gained traction in recent years, particularly in light of several grisly crimes against locals, including sexual abuse, rape and murder, at the hands of US servicemembers stationed at the Futenma base.

Tokyo issued a statement in support of construction, as Defense Minister Tomomi Inada said, "I'm convinced that the start of the construction marks a steady first step toward realizing the complete return of the Futenma airfield."

But the island base, regardless of its location, remains profoundly unpopular with residents.

As protesters held up signs saying "stop illegal construction work!" and "block the new base," 64-year-old Yumiko Gibo from the village of Ogimi said, "They should not make Okinawa shoulder the burden of hosting [US] bases anymore," according to the Japan Times.

Senior officials in Okinawa prefecture have slammed Tokyo for what they term the government's "authoritarian" attitude toward the construction of the new facility, and have accused national officials of poor judgment after they "ignored the local will."

A 71-year-old Naha resident, Yoshiko Uema, said, "We must not provide the place for war. We will unite and definitely stop the relocation," according to the Japan Times.

Tokyo has remained unsympathetic to concerns on the island, insisting that the new air base in Henoko is "the only solution," as the current Futenma site lies in a densely populated residential zone.

Some officials in Tokyo have privately acknowledged that the US Air Force presence in Okinawa is integral to maintaining the US-Japan military alliance.

A completion date for the new US air base, begun in 2015, has not been set.

Okinawa Governor Orders to Halt US Military Base Relocation