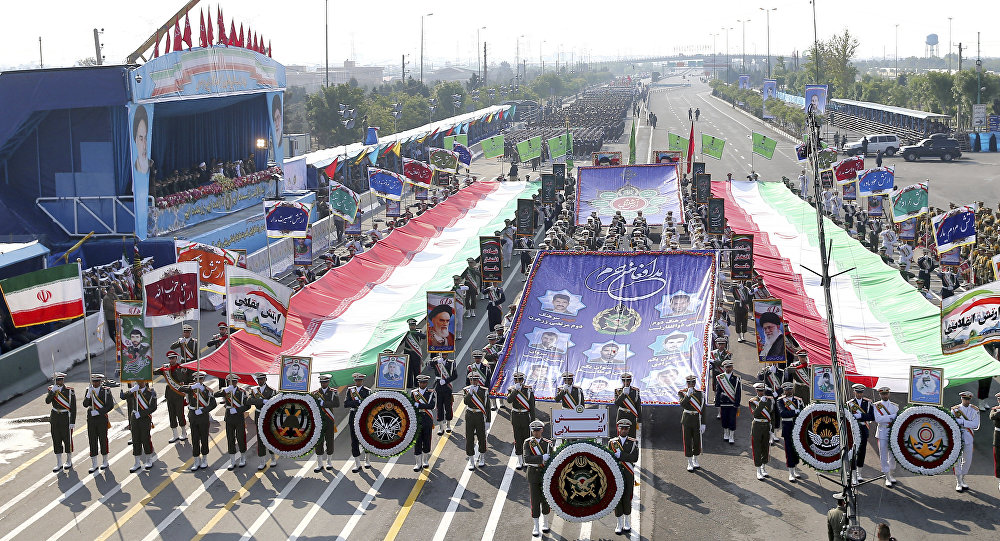 Mohammad Baqeri, Chief of Staff of the Iranian Armed Forces, has warned the United States against imposing sanctions on Tehran, which he said would not affect the Islamic Republic.

"Iran's strategy of supporting the oppressed people and those who are seeking independence in the world, and confronting the organized plots of arrogant leaders will remain unchanged. The enemies' sanctions against Iran, a country that is bestowed with divine blessings, will not work, and the sinister enemies will be disappointed," Baqeri stressed.

The statement echoes remarks by Iranian President Hassan Rouhani, who said earlier in the week that the Islamic Republic's "progress" would not be disrupted by "the plots hatched by the US, the Zionists and certain reactionary Arab regimes in the region."

Rouhani also reiterated Tehran's adherence to the Iran nuclear deal, also known as the Joint Comprehensive Plan of Action (JCPOA) deal, but warned that far-reaching consequences will be there "if anyone wants to betray our nation and our agreement."

Since his election campaign in 2016, US President Donald Trump has expressed his dissatisfaction with the JCPOA. In late January 2018, he intensified his rhetoric, asking the Congress to address the flaws in the "terrible Iran nuclear deal and threatening to pull out of it otherwise.

European countries which are signatories to the JCPOA have repeatedly voiced concern about Washington's plans on the Iran deal, while Moscow has warned against scrapping the agreement.

The Russian Foreign Ministry announced that it would stick to the JCPOA provisions as long as other participants do. Moscow also added that it does not believe the deal needs to be changed.

The Russian President's spokesman Dmitry Peskov, for his part, pointed out that the Iran deal "has no alternatives and that it should be implemented by all parties."

After his visit to the US, French President Emmanuel Macron, in turn, expressed a willingness to preserve the deal, but noted that he wants to add several new provisions to the document.

Earlier this week, Fars news agency cited Ali Akbar Velayati, a senior advisor to Iran's Supreme Leader Ayatollah Ali Khamenei, as saying that Tehran would not accept any amendments to the JCPOA.

© REUTERS / Kevin Lamarque
Washington Has Violated Iran Deal ‘Ever Since the Agreement Was Signed’
Velayati also underscored that "if Trump exits the deal, Iran will surely pull out of it… Iran will not accept a nuclear deal with no benefits for us."

Iran Suggests Countering 'Hostile' US Measures Together With Russia, China