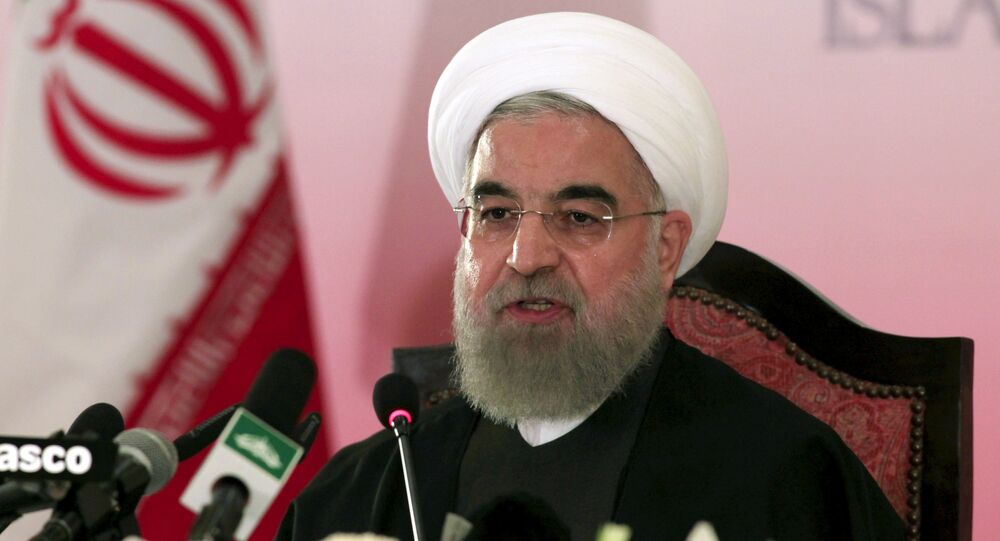 On Friday, Trump's administration announced that it would waive sanctions on Iran that were required by the JCPOA, also known as the Iran nuclear deal. However, the US leader said it would be the last time he signs the waiver unless the deal is modified. Trump also announced his intention to toughen anti-Iran sanctions over Tehran's ballistic missiles tests.

"During the year, even before his win in the presidential election, during the election campaign, Mr. Trump has taken all possible steps to impede the nuclear deal with Iran. But he failed," Rouhani said in a speech broadcast by state television.

© REUTERS / Alessandro Bianchi
EU State Signs Biggest Ever Credit Deal With Iran as US Decision on Sanctions Looms
The Iranian president added that Trump's failure had proven that "the international accords are successful" and that the US side had succeeded neither in imposing its will on other parties to the deal nor in neglecting the public opinion.

In July 2015, the European Union, Iran and the P5+1 group of nations — the United States, Russia, China, France and the United Kingdom plus Germany — signed the JCPOA. The agreement stipulates a gradual lifting of sanctions imposed on Iran in exchange for Tehran maintaining the peaceful nature of its nuclear program.