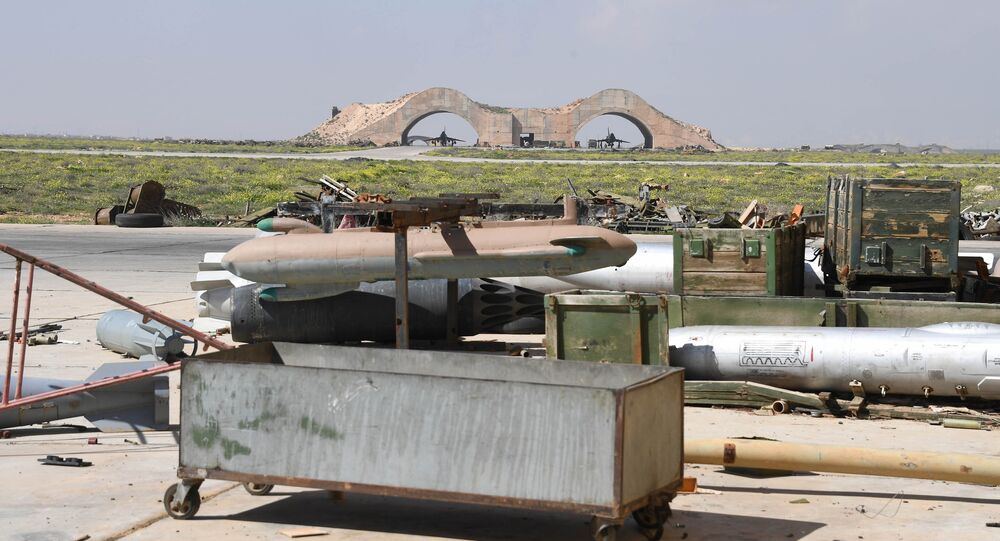 MOSCOW (Sputnik) — The United States' missile strike on a military airfield in Syria is an act of aggression that violates international law and bolsters terrorists, the Russian Foreign Ministry said in a statement Tuesday.

"The recent US missile attack on the Sha'irat Syrian government forces airbase, representing an act of aggression against a sovereign state in violation of international law, leads to the reinforcement of terrorists," the ministry said.

Last week, the US fired 59 Tomahawk cruise missiles at Ash Sha’irat airbase in Homs province in response to an alleged chemical weapons attack against Syrian civilians in Idlib province on April 4.

"In this context, a reasonable question arises: does Washington plan to move to real cooperation with us in countering terrorism, including in Syria?" the Russian ministry asked.

© AFP 2021 / Brendan Smialowski
Shocking Family Business: Trump's Son Confirms Ivanka's Role in Striking Syria
The Syrian foreign minister denied the government’s involvement in the Idlib incident, saying it had never nor would it ever use chemical weapons on either civilians or terrorists operating in the country.