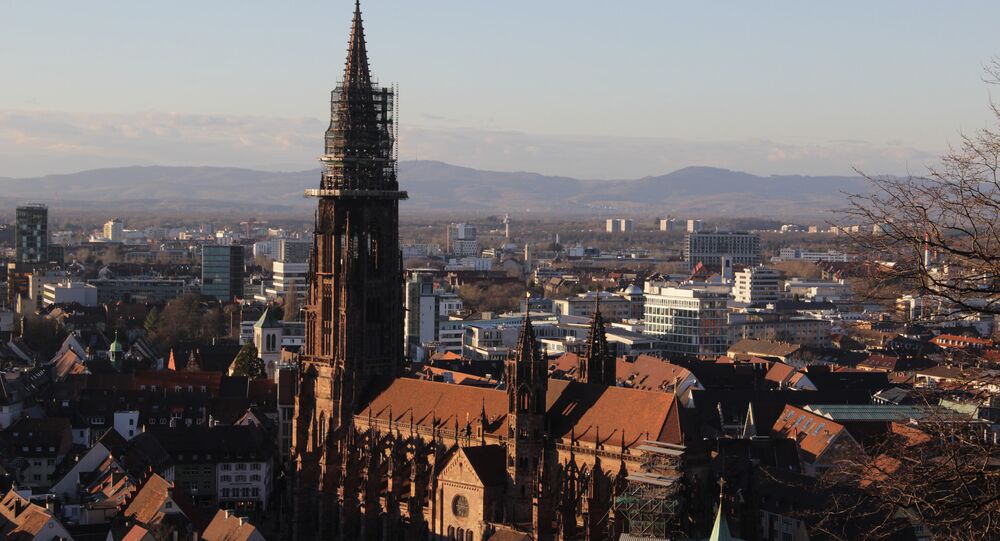 Seven Syrians and one German citizen have been arrested; they are suspected of raping an 18-year-old student. The men have been on the police radar long before the arrest for other alleged wrongdoings, which drew criticism on the authorities.

Up to 2,000 demonstrators flooded the streets of the university city of Freiburg in southern Germany following a gang rape, which was allegedly committed by migrants from Syria as well as one German citizen.  The right-wing Alternative for Germany party brought around 500 people to protest the crimes committed by refugees and Chancellor Angela Merkel’s migration policy, repeating demands for stricter migrant control following the arrest of the suspects.

​This drew nearly 1,500 counter-protesters, who slammed the AfD for inducing hatred.

​This anti-AfD rally was marked with violence against the police and protesters, some tweets suggested. According to the Twitter users, who allegedly posted videos of the protests, demonstrators from the left-wing radical group Antifa and others threw bottles and stones.

​The AfD called for demonstrations after eight suspected of gang raping an 18-year-old were detained. Seven Syrians, aged 19 to 29 and living in refugee camps, as well as one German citizen were arrested on October 26. However, police are investigating if there were more who participated in the gang rape. The suspects are said to have been on the police radar before.

An arrest warrant had been issued against one of the alleged perpetrators earlier, according to the Interior Ministry. However, it wasn’t moved forward immediately "due to tactical reasons,” a spokesman of the state interior ministry said.

In mid-October, a teen student was offered a drink by a man in a nightclub, with whom she later left. The drink was allegedly drugged, so she couldn’t defend herself. She was assaulted by several perpetrators, who took turns raping her. DNA evidence linked the victim to at least one of the suspects.

The incident is the latest in a series of violent acts to hit the southwestern university town since 2016. A middle-aged man was beaten to death by a group of teenagers, a female jogger was raped and killed by a truck driver and a pedophilia ring was nabbed in the nearby town of Staufen.