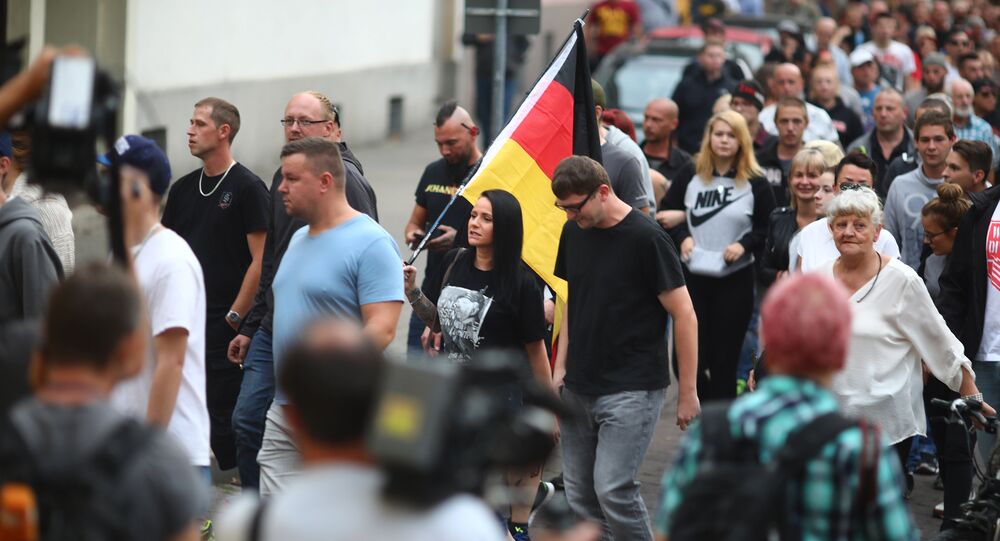 MOSCOW (Sputnik) - Anti-migrant protests in Germany will not deter migration flows to the country, Violeta Wagner, a senior project manager at the International Centre for Migration Policy Development (ICMPD) told Sputnik on Thursday.

Germany has seen a series of anti-immigrant rallies and counterprotests in recent weeks. Thousands of people, including right-wing activists, took to the streets of the eastern city of Chemnitz. Dozens of people have been injured and hundreds have been detained during the rallies, according to media reports.

"I don't think so. Of course, migrants look at which countries are more beneficial for them to travel to and Germany still stays a strong magnet. I don't believe Germany is such a magnet because of Merkel's immigration policy, I don't think that's the main reason. The main reason is that Germany needs migrants, there are jobs available for migrants and last but not least there are community reasons, family and friends who are already there. I don't think that this xenophobic or other issues that we witness now would be the main reason for migrants to stop coming to Germany," Wagner said on the sidelines of the Migration and International Law conference.

© REUTERS / Hannibal Hanschke
Chemnitz Riot: Maassen Sacked, Merkel Sticks to Her Migrant Policy – AfD Chair
In light of the protests, Wagner urged German right-wing politicians to be more cautious about the sentiments that they spread.

"I think that right-wing politicians should take responsibility for their statements because it's exactly what leads to the situation that happened in Chemnitz," Wagner added.