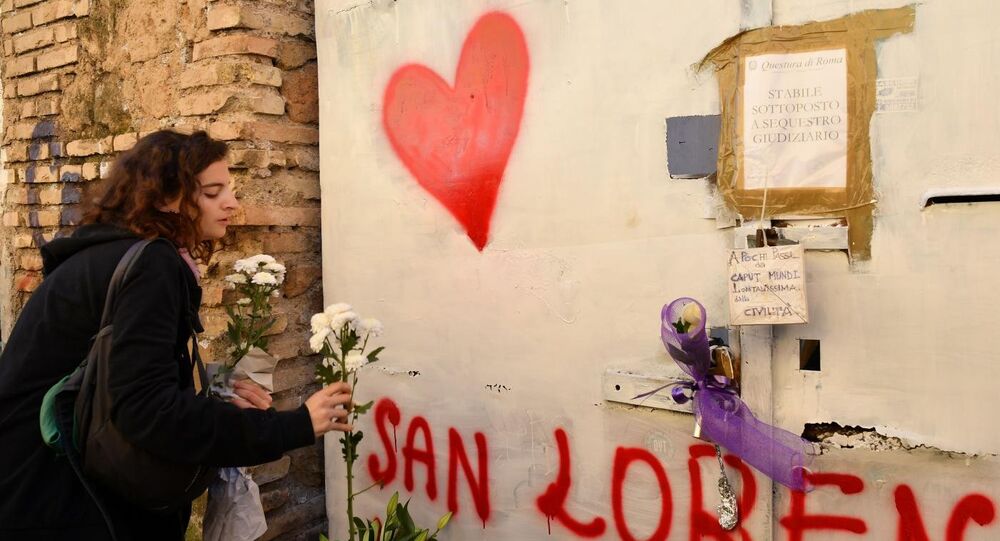 The violent death of a teenage Roman girl at the hands of African refugees has once again raised the issue of crimes committed by migrants in Europe.

Three men of African descent have been arrested in Rome on suspicion of murdering 16-year-old Desiree Mariottini, The Local reported.

Two Senegalese men, aged 26 and 43, were detained on Thursday. A third suspect, a 40-year-old Nigerian, was apprehended on Friday.

The three will be charged with gang rape, voluntary manslaughter and drug dealing. All three have previous convictions for drug trafficking.

Desiree Mariottini was found dead in a derelict building in the city’s San Lorenzo area, known for drug trafficking, late on October 19 after an anonymous call to emergency services.

Investigators believe that she was drugged and gang raped.

Although the exact circumstances and cause of the teenager’s death are yet to be confirmed, an autopsy revealed that she had been under the influence of drugs and had been sexually assaulted.

Citizens have been bringing flowers and candles to the building where Mariottini’s body was found.

“I want justice for Desiree. I do not want this tragedy to happen to other girls,” the victim’s mother, Barbara Mariottini, said.

Mayor of Rome Virginia Raggi has announced a day of mourning for the city to coincide with Mariottini’s funeral. She announced that the city’s authorities would be “stepping up controls” in San Lorenzo and raising the drinking age.

Migrant violence has disrupted Italy for years, including fighting between migrants and Italians, as happened in Sassari last October, where ten Italians were attacked by up to 30 asylum seekers in a revenge attack.

Migrant criminal gang wars have made their way onto the streets of Italy, with Nigerian migrants often engaged in attacks on each other with knives and other weapons.