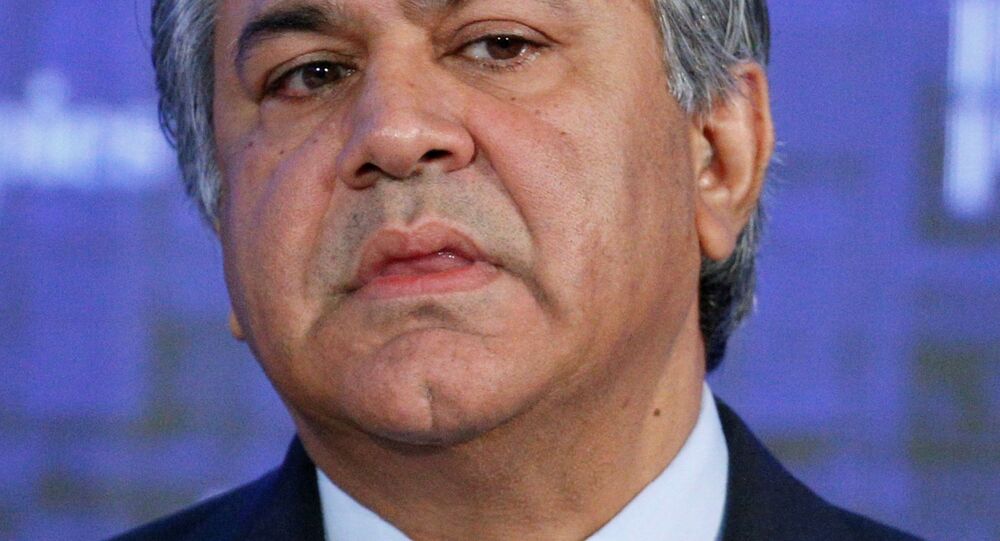 Before its collapse, the Abraaj Group was the Middle East's largest business of its kind, spanning six continents. Former investors claim that hundreds of millions of pounds were wrongfully used to cover up losses at the firm. The former CEO faces up to 45 years in a US prison if convicted on charges of fraud and money laundering.

Pakistani financier Arif Naqvi is to be extradited to face money laundering and other charges in the United States, a UK judge has determined. US prosecutors in New York levied 16 counts of fraud and money laundering-related crimes, alleged to have occurred between 2014 and 2018, whilst Naqvi was CEO of one of Dubai's largest private equity firms, the Abraaj Group.

Naqvi, who it was accepted by all of the parties has serious physical and mental complications, argued against his extradition on the basis that his Article 3 right to be free from cruel, inhuman or degrading treatment or punishment would be violated by the conditions of pre-trial detention in New York's Metropolitan Correctional Centre (MCC). No argument was raised that Naqvi's rights would be violated in post-trial detention, should he be convicted.

Senior District Judge (Chief Magistrate) Lady Emma Arbuthnot, who oversaw the extradition case, "accepted the experts view that there is a real risk that [Naqvi] will attempt to commit suicide", should he be sent to the US. She also accepted that Naqvi has a range of physical ailments, past and present, including diabetes and coronary heart disease.

© Photo : Mohamed Elmaazi
'I Had Convinced Myself That They Were Ok' Ex-Prison Warden Tells Assange Hearing on Detainee Regime
However, during the extradition proceedings at Westminster Magistrate's Court, the US government granted assurances that they would not oppose bail. The prosecution also assured Judge Lady Arbuthnot, the chief magistrate who oversaw the extradition case, that should Naqvi nonetheless be held on remand by a New York judge, the US would not detain him at the more notorious MCC or Metropolitan Detention Centre facilities, instead they would detain him at Essex Correctional. Lady Arbuthnot then quoted a letter of assurance sent via the US Embassy in London:

"The note explains that the US Marshals Service ‘play the primary role in designating the facility where Mr Naqvi would be detained if he were to be remanded in custody after extradition and prior to trial’. A statement is attached from the Deputy US Marshal for the US Marshals Service who confirms that if remanded, the RP will not be held in the MCC or MDC, but he would be detained at Essex Correctional in Newark, Jersey".

The judge was therefore satisfied that either Naqvi would not be subjected to the more notorious pre-trial detention centres or in the alternative would be housed in a facility with a far better reputation. She was also convinced that the facilities for suicide prevention at Essex Correctional were sufficient. Lady Arbuthnot also determined that it is "clear from the experts’ assessments that Mr Naqvi’s mental condition is not such that it has removed his capacity to resist the impulse to commit suicide".

Mohamed Elmaazi
Judge Rules Against Extraditing Julian Assange to the US, Purely Based On His Risk of Suicide
The chief magistrate also rejected an Article 6 claim that Naqvi would be at real risk of suffering a denial of justice in the US based on his inability to prepare for his case, especially if he is not granted bail and disallowed face-to-face access to his lawyers amid COVID-19 restrictions. "I do not accept that [Naqvi] will be prevented from properly engaging in the process either by preparing or by instructing his lawyers. I do not find there is any risk at all of an Article 6 breach, let alone a real risk", the judge concluded.

Investors in Abraaj lost millions of pounds. The fraud is alleged to have occurred as Abraaj found itself in financial difficulties and high ranking executives, including Naqvi, used investor money to cover up the fact that the buy-out firm could not afford to cover its day-to-day costs. Among the major investors was the Bill and Melinda Gates Foundation. It is alleged that Naqvi, and others, illegally siphoned millions of pounds away from the $1 billion health fund, financed by the Bill and Melinda Gates Foundation, as well as development banks and philanthropic organisations and individuals. The fund was pitched on the basis that it would invest in hospitals and other care centres in low-income cities and other such areas.

Multiple investors, including the Bill and Melinda Gates Foundation and the World Bank’s private sector arm, hired forensic investigators in 2017 to track the funds missing out of the health fund managed by Abraaj.

Naqvi, who was also a patron of the arts, was a regular attendee at the World Economic Forum in Davos, where he shared a stage with Microsoft founder Bill Gates. False representations were also allegedly made by Naqvi to investors in order to continue to secure further investment into Abraaj.

FBI Special Agent Dayna Kendall testified to Westminster Magistrate's Court that "critical aspects" of the alleged fraud and conspiracy took place in the US, as Naqvi obtained many of Abraaj's investors from there.

When it collapsed, the Abraaj Group was the Middle East's largest private equity fund and spanned six continents. Whilst challenging his extradition, Naqvi was only granted bail in the UK on the condition that he put up a £15 million security bond, among other conditions. Naqvi faces up to 45 years in prison if convicted on all of the charges. The home secretary will not be sent the case to make the final decision as to extradition.