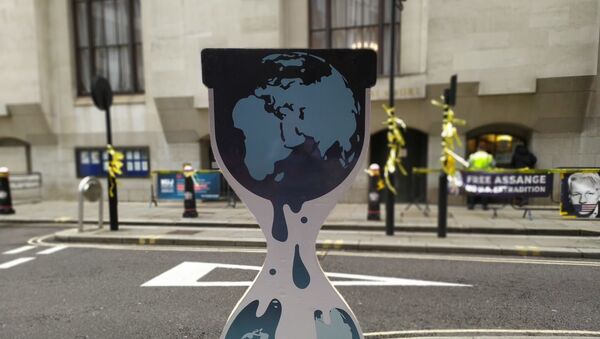 Julian Assange should not be extradited to the United States to face charges of espionage and conspiracy to commit computer intrusion, District Judge Vanessa Baraitser said on the morning of 4 January 2021.

"I am satisfied that Mr Assange has the intellect and determination to circumvent suicide prevention measures [in the US]", the judge said, after rejecting every other argument posed by the defence in this case.

Assange is at Too High a Risk of Suicide, Judge Says

The decision was made purely on the basis that the WikiLeaks publisher was at too high a risk of suicide or self-harm if he is extradited.

The judge accepted that Assange would likely be subjected to high levels of isolation as well as Special Administrative Measures both before and after trial in the US that would severely impact his mental health. The judge accepted testimony that Assange was on the autism spectrum, albeit on the high-functioning end, and that both his own mental condition combined with his likely treatment in the US would pose an unacceptable risk to his mental health.

@JohnWRees of @DEAcampaign gave me his quick thoughts outside the Old Bailey. He called it an "incredible judgement". pic.twitter.com/QVbhjH5KAA

​During the extradition hearings in 2020, the court heard experts and other witnesses testify that Assange would likely face solitary confinement in both pre-trial detention and, should he be convicted, post-trial detention. Both defence and prosecution experts noted that Assange would be at a higher risk of suicide should he be extradited, although the prosecution expert believed that the risk was manageable.

​It is noteworthy that the judge rejected every other argument posed by the defence against extradition.

The decision, in one of the most politically significant and complex extradition cases of the era, marks the most important development in the two-year long extradition hearing proceedings brought against the award-winning publisher. However, it is not necessarily the end of the case.

​The court adjourned temporarily for the defence to decide whether they would launch an immediate bail application or whether they wanted to wait to prepare more fully. Barrister Clair Dobbin, speaking for the prosecution, asked the judge to continue bail. However, it is unclear as of yet whether the US government will seek to appeal the decision. The prosecution must request permission to appeal to the High Court within seven days of the date of Judge Baraitser's decision.

Judge Baraitser's decision was handed down in Court Room 3 of the Old Bailey, the same room were the Guildford Four were wrongly convicted of multiple pub bombings in 1975 leading to 15 years imprisonment before their convictions were ultimately quashed.

The US indictment against Assange almost entirely relates to his role in 2010-2011 in receiving, possessing, and publishing Iraq and Afghanistan war logs, Guantanamo Bay detainee files, and US diplomatic cables. The documents revealed war crimes as well as other criminality and abuse committed by the US government and American-backed forces around the world.

Charges Against Julian Assange Are 'Unconstitutional' And Threaten Press Freedom, Expert Tells Court
Mr Assange faces to up to 175 years in prison should he be convicted of all of the 18 charges levied against him in the US. There is no public interest defence for any charge brought under the 1917 Espionage Act. 17 out of 18 of the charges against Assange fall under the World War I-era legislation.

WikiLeaks worked extensively with establishment news outlets around the world, including The Guardian, The New York Times, and Der Spiegel. The court heard from multiple witnesses who were present with Assange during the time period in question and who testified that both he and WikiLeaks had showed the strongest commitment to protecting potentially vulnerable CIA and US military assets by engaging in a meticulous redaction process. Throughout the case, the prosecution alleged that Assange had a cavalier attitude to the safety of informants when it came to publishing information.

Audio Recordings Confirm Assange Spoke to US State Dept to Stop Publication of Unredacted Cables
Evidence was also presented from two former Spanish contractors working with the security firm UC Global that their organisation had violated its duty to protect the Ecuadorian Embassy and Assange by recording all of the conversations inside the residence, including privileged attorney-client discussions, and fed the information directly to the US. There is an ongoing criminal case in Spain against David Morales, the CEO of UC Global, for his role in the alleged criminal conspiracy. The defence argued that because of the violations of Mr Assange's privacy and legally privileged conversations, his prosecution was inherently political in nature and that he would be denied the possibility of having a proper defence.

Assange's Lawyers 'Priority Targets' of US-Backed Espionage of Ecuadorian Embassy, Court Told
The defence also argued that the prosecution of Assange would represent an unacceptable violation of freedom of speech and the right to a free press, as well as that the espionage charges against Assange were inherently political in nature. The Anglo-US extradition treaty prohibits extradition in cases were an offence is a "political offence". The court also heard that Donald Trump himself was involved in arranging Assange's removal from the Ecuadorian Embassy and that the Department of Justice during the era of Barack Obama had determined that they could not prosecute Assange without opening the door to prosecuting news outlets like The New York Times, something they were apparently not prepared to do. Defence witnesses argued that the reversal of the decision to prosecute by the Trump administration is further evidence of political interference and abuse of process in the case, which meant that Assange would not face a fair trial were he to be extradited. Human Rights lawyer Clive-Stafford Smith also told the court that the very nature of how conspiracy trials in the US are conducted in and of itself meant that a fair trial would be next to impossible.

If he were to be extradited, Assange would likely face a jury made up of officials who work for the CIA, the Department of Defence, Homeland Security, or the FBI, or their family members, according to expert testimony heard in September 2020. Although the judge rejected that argument, saying that the jury pool was too large and that she had confidence in the US legal system to ensure Assange would receive an impartial jury.

Trump could still potentially bring an end to the proceedings against Assange, either by directing the Department of Justice to drop the prosecution case, or alternatively to grant him a pre-emptive pardon for any alleged offences committed in the indictment against him.