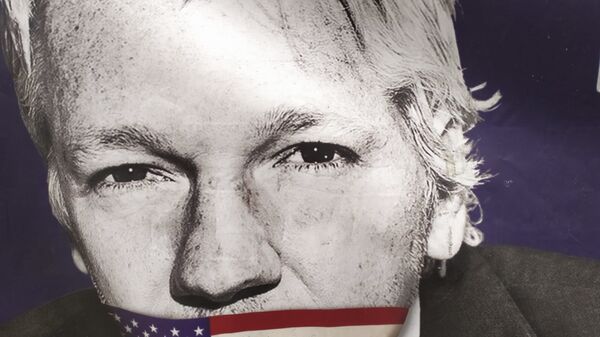 Mohamed Elmaazi
All materialsWrite to the author
Detainees subjected to Special Administrative Measures in the US can expect around 23 hours a day or more confined to a prison cell, without any contact of other prisoners, surveilled and intercepted communications and high levels of anxiety and depression, the Old Bailey was told on Tuesday.

Julian Assange faces a bleak future should he be detained in the US under Special Administrative Measures (SAMs) the Old Bailey heard on 29 September 2020.

Maureen Baird, a former employee of the US Bureau of Prisons and former Warden at the Metropolitan Correctional Center in New York City, told the Old Bailey on Tuesday that based on her experience, and review of Mr Assange's case file, the WikiLeaks publisher is likely to be subjected to SAMs.

Ms Baird has been a warden at multiple institutions for seven years and is familiar with the SAMs regime. Those subject to SAMs normally spend between 23 to 24 hours per day in their cells and are not permitted to communicate with inmates "at all" Ms Baird told Edward Fitzgerald QC for the defence.

"Had the opportunity to come out of their own cell and into another cell we considered the recreation cell. There was no exercise equipment in there at all. I had an exercise bike put in there. It was just an empty cell. Always alone.", Ms Baird explained.

Additionally phone calls are "always monitored" by FBI agents who require two weeks notice before each phone call and "All mail coming in or going out any SAM assigned inmate is screened before it ever gets to the recipient", Ms Baird said.

Assange Faces Conditions 'Essentially the Same as Solitary Confinement' in US, Old Bailey is Told
Ms Baird explained that prison wardens have no authority to make any changes to the SAMs regime and that "very, very few" requests for amending SAMs "are ever approved for any reason".

"It's not discretionary. It can’t be changed by a warden or anybody at the BOP. It is more of a directive. It is very black and white. There is no grey area with SAMS. If someone is in pre-trial for terrorism or a different type of case they would be subjected to the same measures", Ms Baird told the court.

Assange is at 'Very High Risk of Suicide' Should Extradition Occur, Neuropsychiatrist Tells Court
The former warden further explained that from her own experience the SAMs regime causes severe depression, "it causes anxiety, it causes paranoia, in some weight loss, detriment to their physical health [and] severe detriment to their mental health".

Furthermore, post-conviction, if Mr Assange is subjected to SAMs, "the only place for him to go is in ADX [maximum-security facility] Florence, [Colorado] unless there is severe change in his medical status", Ms Baird says adding that “You have to be almost dying, for lack of another description.”

If sentenced to a lengthy sentence there is also a "real risk" that Mr Assange could spend his life in the H-Unit at the ADX prison. Crucially, Ms Baird also explained that "SAMs inmates are not entitled to group participation", countering evidence given by Assistant United States Attorney Gordon Kromberg that inmates under SAMs could socialise in programmes with other inmates.

There are likely "very few inmates" that make it to phase three, which theoretically permit inmates under SAMs to engage with other prisoners, "because it completely defeats the purpose of what SAMs is for", Ms Baird said.

Mr Assange is being charged "with an espionage crime and its believed that he continuous to have involvement or he is familiar with people who have involvement with disclosing classified information", Ms Baird said, explaining why she believes SAMs would be applied to the award-winning journalist.

Ms Dobbin also put it to Ms Baird that because the former prison warden had never served in the ADX she could not testify as to the nature of the SAMs regime at the ADX, which is where it is expected Mr Assange would be held if he is convicted post-trial in the US.

When challenged as to whether she had any experience of deciding whether a prisoner is transferred to the ADX Ms Baird responded "one of my jobs, over the course for many years, is that I was the designator [...] I made the determination as to where a person would be sent".

Ms Dobbin asked Ms Baird if, as a prison warden, she had ever told her correction officers to engage in discussions with inmates subjected to SAMs, and Ms Baird responded in the negative.

"That’s not something that a warden does. I may want them to do that but [...] they are all in a union, if I told them they had to confer with inmates they would say it is not in their job description", Ms Baird replied.

"If conditions were worrying as you suggest wouldn't you tell your staff to have conversations with the inmates?" Ms Dobbin asked.

"No, that’s not something that is done in a prison. I’m sorry that I’m not answering the way that you want me to. I am answering it the way that it is. What I want is not what I can enforce", Ms Baird insisted.

Assange is a 'Resilient Man' Who Isn't at Risk of Suicide If Extradited, Government Expert Says
She also confirmed that she never complained to judges or to other officials in the Bureau of Prisons regarding the treatment under SAMs.

Ms Dobbin put it to Ms Baird that the conditions of SAMs didn’t cause her "that much concern at the time" and asserted that it is only now that Ms Baird is testifying for the defence that she is concerned about the regime.

"They did cause me concern, but I had convinced myself that they were ok", Ms Baird replied.

US Failed to Fulfil Representations in a Prior Extradition Case

In the afternoon US lawyer Lindsay Lewis, testifying for the defence, also explained that in her experience Mr Assange would be subjected to SAMs and would also be transferred to the ADX should he be convicted. She also described the severe nature of the restrictions of the regime. Ms Lewis also noted that in the case of suspected terrorist Abu Hamza, the US government secured his extradition from England after making representations to the English courts and the European Court of Human Rights that Abu Hamza would not spend much time, if any, at the ADX. Despite those representations Abu Hamza remains in the ADX, and subjected to SAMs, since October 2015.

Mr Assange faces to up to 175 years in prison if he is convicted of all of the charges levied against him in the US. The indictment almost entirely relates to his role in publishing the Iraq and Afghanistan war logs, Guantanamo Bay detainee files and diplomatic cables that revealed war crimes as well as other criminality and abuse committed by the US government and US-backed forces around the world. The substantive hearings are due to finish on Friday, with the defence's closing arguments to follow four weeks thereafter.