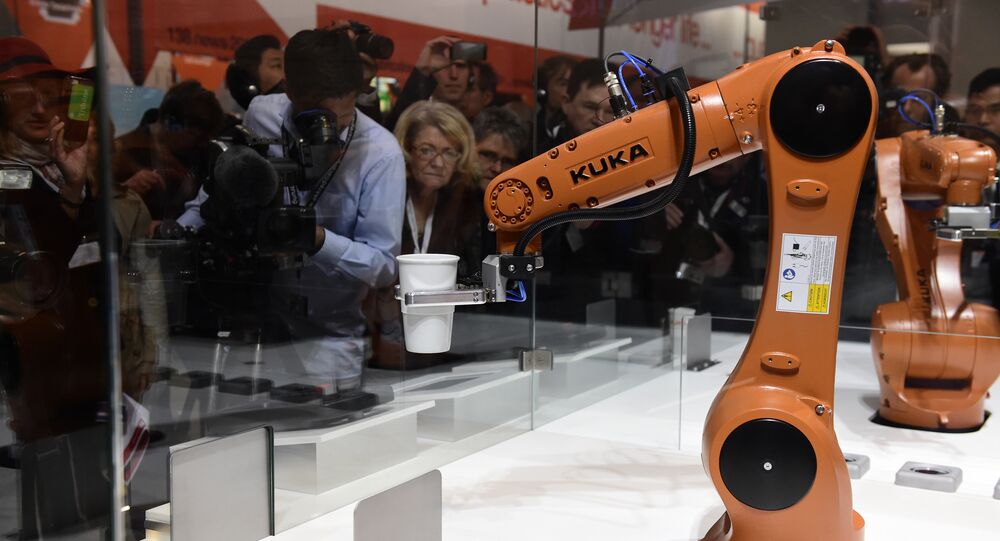 The US has slapped Chinese technology companies with multiple rounds of sanctions, recently adding Semiconductor Manufacturing International Corporation, China’s biggest microchip maker, to its technology exports blacklist. All this while the Treasury has granted exemptions to US tech giants, allowing them to continue to do business with the PRC.

European diplomats and tech executives are becoming "increasingly frustrated" with America’s unilateral sanctions against China, and fear that the restrictions are barring the bloc’s companies from entering the Chinese market, thus giving American firms enjoying exemptions a competitive advantage, the Financial Times has reported, citing business and diplomatic sources.

“So far, US companies have been given licenses to supply Huawei, while European suppliers cannot,” one anonymous executive told the newspaper.

A second executive said their products had been blocked from being exported to China amid fears they could be a dual-use item usable for military purposes, but complained that US vendors are reportedly filling this void by selling through middlemen.

On Friday, the US Commerce Department placed Semiconductor Manufacturing International Corporation on its trade blacklist, citing national security interests. The move reportedly led ASML Holding, a major Dutch semiconductor component company, to lose out on the opportunity to sell its newest equipment to the Chinese company.

Other European technology firms have also been blocked by the US restrictions, particularly those who produce micro chips or chipmaking equipment relying on US patents.

© CC BY 2.0 / Fabrice Debatty/Friends of Europe / 45821
Beijing Says China-EU Trade Deal to Conclude 'Soon' as Russia Slams US Over Sanctions Diplomacy
In early December, Switzerland’s STMicroelectronics reported that it had been forced to postpone reaching its annual revenue target until 2021, citing US sanctions on Huawei and the US-China trade war. Meanwhile, the FT says, although the list of companies granted exemptions to blacklisted Chinese companies is not publicly available, some US companies, as well as firms from South Korea and Japan, have reportedly received exemptions and continue to supply some components to Huawei.

European countries and tech manufacturers are reportedly “frustrated” by America’s unilateral sanctions, and are striving to reduce dependence on US intellectual property.

Earlier this month, the European Commission announced the creation of a “European initiative on processors and semiconductor technologies,” with a whopping €145 billion in funds from the €672.5 billion COVID-19 Recovery and Resilience Facility fund earmarked for “digital transition” projects in the coming years.

One anonymous European diplomat in China told FT that the “European initiative” is an indication “that European governments want to be less dependent on US technology,” with this desire “accelerated” by US sanctions. The diplomat admitted that actually making technological independence a reality “will take a long time.”

The initiative comes amid increasingly noise from the EU’s foreign policy department and its chief Josep Borrell, who recently unveiled the concept of “strategic autonomy” for Europe in a bid to allow the bloc to secure its place in the global arena amid rising geopolitical competition and take its fate “into its own hands.” The proposed doctrinal shift marks a major transition away from Western Europe’s post-WWII tendency for a resolutely pro-US foreign policy.

© AFP 2020 / GEORGES GOBET
‘Strategic Autonomy’ for EU Would Allow Bloc to Defend Against Sanctions, Borrell Says
Earlier this month, Borrell indicated that strategic autonomy was applicable to economics as well as politics. “For example, the extraterritorial sanctions imposed by some states that affect negatively our firms. We refuse, we don’t accept this kind of extraterritoriality, but in practical terms it has effects. If we don’t accept, we should be able to resist it. This is part of autonomy,” he said.

Along with major new sanctions against Russia and China last week, Washington has recently stepped up its sanctions against Nord Stream 2, a joint Russian-Western European energy project, and on Syria, Iran, Venezuela, Cuba, Nicaragua and Turkey, a NATO ally, over Ankara’s purchase of a Russian-made missile system.

Last week, informed sources told US media that president-elect had no plans to abandon Trump’s sanctions policy, but would be recalibrating it and likely expanding restrictions on Russia, China, and North Korea, while possibly easing off on Iran in a bid to rejoin the nuclear deal.

Crises, Sanctions and Protests: How 2020 Reshaped the Arab World