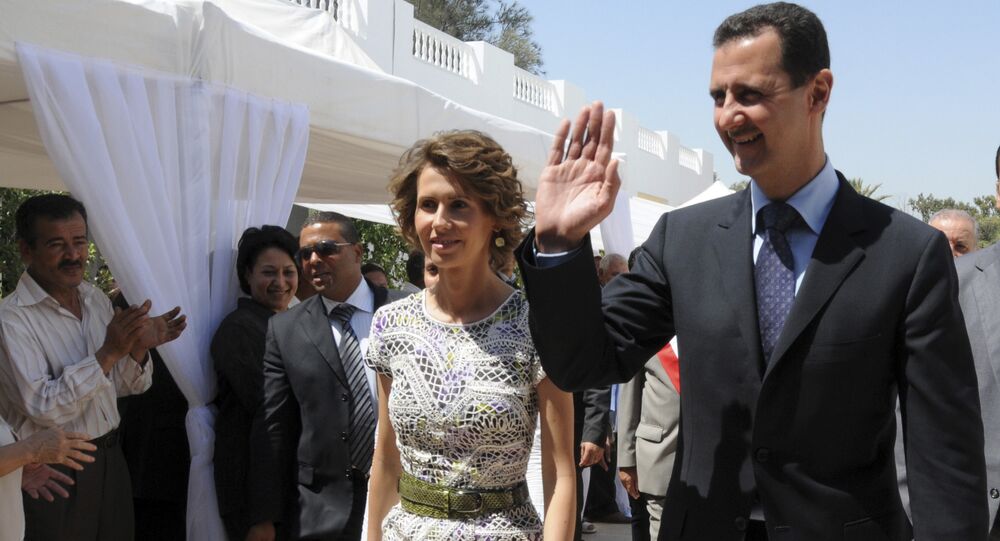 Earlier, the US Department of the Treasury announced sanctions against Syria's Central Bank, as well as nine other entities and seven individuals in Syria.

The U.S. sanctioned 18 more individuals and entities today for fueling Assad's war machine and obstructing efforts to bring the Syrian conflict to an end. We stand with the Syrian people and reaffirm our support for the path to peace laid out in UNSCR 2254.

The US State Department designated Asma al-Assad, the wife of the Syrian president, accusing her of impeding efforts for a political resolution to the war, and several members of her family, Pompeo added in his statement. Asma al-Assad was previously hit with US sanctions in June.

Earlier on Tuesday, the US Department of the Treasury announced sanctions against Syria's central bank, nine other entities and seven individuals in Syria. ​

"The US Department of the Treasury’s Office of Foreign Assets Control (OFAC) sanctioned a high-ranking official in the Syrian government; her husband, a member of the Syrian People’s Assembly; and their business entities," the release said. "In total, OFAC added two individuals, nine business entities, and the Central Bank of Syria to the SDN List, pursuant to Syria sanctions authorities."

Last month, Syrian President Bashar al-Assad said that the US and its western colleagues are hindering the return of Syrian refugees to their motherland.

"...there are big obstacles, besides the pressure that Syrian refugees are subjected to abroad to prevent their return; there are illegal economic sanctions and blockades imposed by the American regime or its allies," he said.

Syrians have been living through harsh US and EU economic sanctions, with the country's foreign-held assets frozen and transactions involving oil banned. The sanctions also stopped the work of hundreds of Syrian companies and individuals.