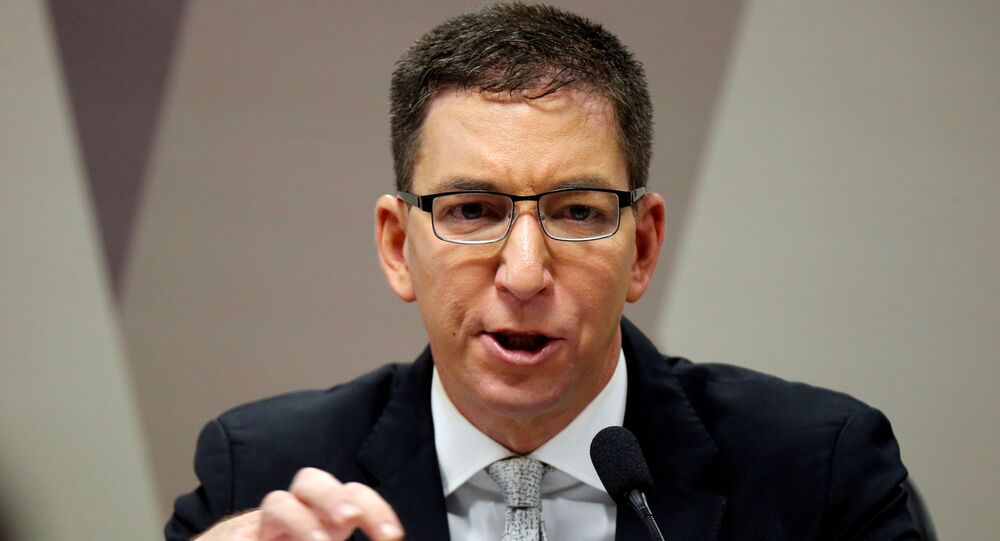 Brazilian prosecutors issued charges against American journalist Glenn Greenwald, alleging he “directly assisted, encouraged and guided” an operation to obtain text messages that were later published and embarrassed prosecutors. One expert told Sputnik that this is just the latest in a series of attacks against both Greenwald and the free press.

Dan Kovalik, a human rights and labor lawyer who is the author of the book “No More War: How the West Violates International Law by Using 'Humanitarian' Intervention to Advance Economic and Strategic Interests,” joined Radio Sputnik’s Loud and Clear on Tuesday to give his thoughts on the charges brought against Greenwald and explain whether he believes the US government will assist the American journalist.

“These are clearly trumped-up charges against Glenn Greenwald in retaliation for him doing some real journalism,” Kovalik told hosts Brian Becker and John Kiriakou frankly.

The Intercept reported the federal complaint filed on Tuesday said that Greenwald “directly assisted, encouraged and guided the criminal group, DURING the criminal practice, acting as guarantor of the group, obtaining financial advantage with the conduct described here.”

“The Bolsonaro government - [Brazilian President Jair Bolsonaro], multiple members of his government, simply don’t believe in a free press. They don’t believe in press freedom. They don’t even believe in democracy. They’ve repeatedly and explicitly praised the dictatorship that ruled the country until 1985 as a superior form of government, and this is all about ushering in that level of repression,” Greenwald said in a Tuesday video posted on Twitter in response to the charges.

Regarding the criminal charges brought by the Bolsonaro government: it’s a grave and obvious attack on a free press, brought by a far-right judge.

We’re going to defend a free press, not be intimidated by authorities abusing their power. The reporting will continue. pic.twitter.com/kd9b8Kggx3

He also noted that an investigation published less than two months ago by the Brazilian Federal Police found that he committed no crimes and acted within the bounds of press freedom.

Greenwald, co-founder of The Intercept and a Pulitzer Prize recipient, has received staunch backlash from the far right and other individuals who support the rule of Brazilian President Jair Bolsonaro following his reporting that exposed a political scandal regarding Sergio Moro. Private messages obtained from the phone of Moro, a presiding judge over the trial which led to the conviction and imprisonment of former Brazilian President Luiz Inácio Lula da Silva, suggested Moro conspired with prosecutors to ensure that Lula da Silva would be removed from the 2018 presidential race and Bolsonaro, the opposition candidate, would win the election.

“Just to remind people, Lula da Silva, until very recently, was in jail and sat out the most recent election in jail, even though he would have won,” Kovalik noted. “What Greenwald helped expose is the fact that he was put in jail precisely to neutralize him as a politician and … the claims of fraud and whatnot against him were trumped up. So now, in retaliation for Glenn Greenwald exposing that, they’re now bringing trumped up charges against him.”

The American journalist was also assaulted on November 7 by Brazilian columnist Augusto Nunes, who suggested that Greenwald and his husband David Miranda, a Brazilian congressman representing the state of Rio de Janeiro in the Chamber of Deputies, were not properly taking care of their two adopted children.

“They want civil war, they want violence in our political discourse, and that’s what makes them so dangerous,” Greenwald said of Bolsonaro’s supporters following the incident, which occurred during a livestream on YouTube. The journalist has also slammed Bolsonaro directly as a “wanna-be dictator” and accused the Brazilian president of targeting him for “reporting on the corruption at the highest levels of his government.”

“I don’t see the US coming to Glenn’s rescue,” Kovalik asserted. “The US Department of Justice aided Brazil’s Ministry of Justice in prosecuting Lula da Silva. That is to say the US itself is behind the persecution of Lula … Glenn Greenwald is not seen as a friend of US policy either.”