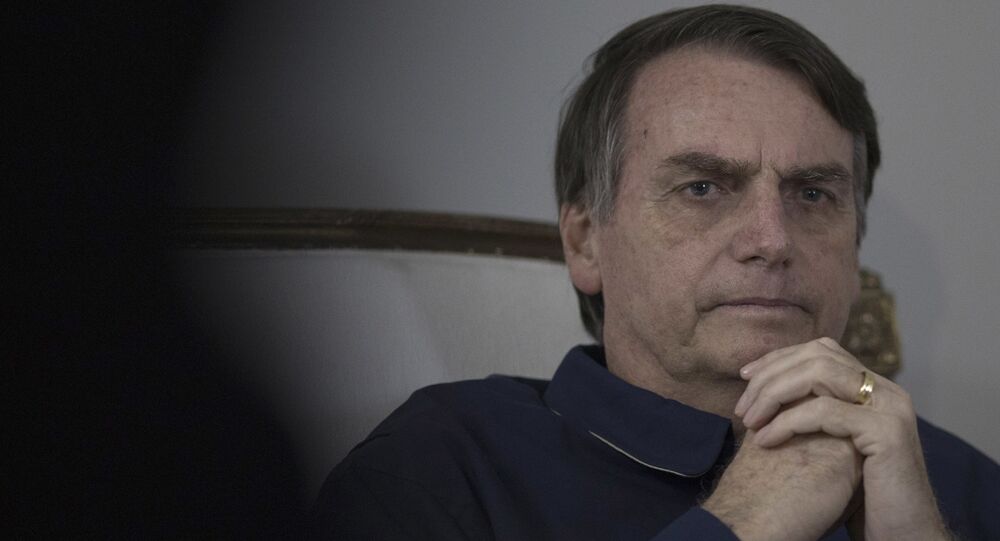 Sergio Moro, one of Bolsonaro’s allies who now serves as the justice minister, had overseen the sweeping corruption probe into former President Lula da Silva. Greenwald had accused Moro of conspiring with prosecutors to convict da Silva in a bid to prevent him from running against Bolsonaro in last year’s election.

Glenn Greenwald has lashed out at Brazilian President Jair Bolsonaro, after he suggested that the American journalist could possibly go to jail for leaking the contents of hacked phone conversations involving the justice minister.

Bolsonaro suggested on Saturday that Greenwald, who is a resident of Brazil, had married a Brazilian citizen to avoid deportation. His comments came after Justice Minister Sergio Moro issued a decree that allows for the deportation of foreigners who have committed unconstitutional acts or are deemed “dangerous” to national security.

"Trickster, trickster, to avoid such a problem, he marries another trickster and adopts a child in Brazil," Bolsonaro was quoted as saying.

"That is the problem we have. He will not leave. Maybe he will do jail time in Brazil, but he won't be kicked out."

Greenwald quipped: “Apparently I can predict the future, since I married David 14 years ago when I was still a lawyer.”

He went on claim that Bolsonaro is going after him for “reporting on the corruption at the highest levels of his government” and called him a “wanna-be dictator”.

Fun day in Brazil exchanging comments on the front page of @Folha with the wanna-be dictator of Brazil over whether I should be arrested for reporting on the corruption at the highest levels of his government: pic.twitter.com/on8j86rmpP

Greenwald, one of the reporters awarded the Pulitzer Prize for covering Edward Snowden’s NSA exposés, is the co-founder of The Intercept investigative website.

Last month, it ignited a scandal in the top echelons of Bolsonaro’s government with a series of disclosures targeting Sergio Moro, the president’s close ally.

The Intercept alleged that Moro, while being a presiding judge in Operation Car Wash – one of the most sweeping corruption investigations in Brazil’s history, which led to the conviction and imprisonment of former President Lula da Silva – conspired with prosecutors to damage da Silva and remove him from the 2018 presidential race, eventually won by Bolsonaro.

“Moro and the Car Wash team have repeatedly denied these accusations, insisting that their only consideration was to expose and punish political corruption irrespective of party or political faction,” said the Intercept.

The Intercept has not disclosed the identity of its sources.