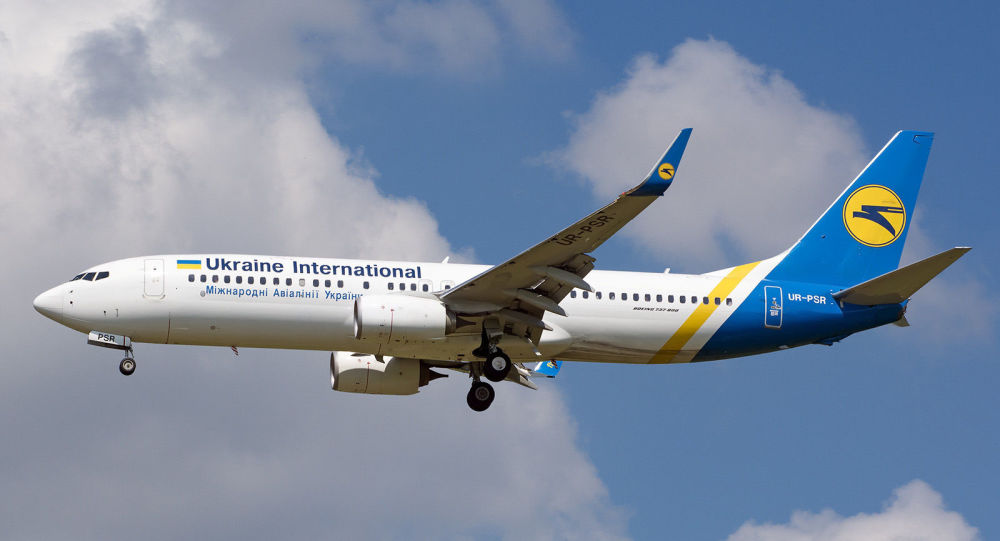 Ukrainian Flight PS752 crashed over Iran within minutes after take-off killing 167 passengers and nine crew members on board. While speculations emerged that the Ukrainian jet could have been shot down by an Iranian missile, defence analyst Giovanni de Briganti believes it is too early to leap to conclusions.

On Thursday, AP broke that a Ukrainian Boeing 737-800 (Flight PS752) was "accidently" shot down during Iran's retaliatory strike on Iraqi bases housing US troops, citing two unnamed US officials. The report was immediately rubbished by the head of Iran’s civil aviation, Ali Abedzadeh, who denounced it as "illogical rumours".

On 8 January, the Ukrainian flight heading to Kiev crashed near Tehran's Imam Khomeini International Airport soon after take-off, killing all 176 people on board, including 167 passengers from Iran, Ukraine, Canada, the UK, Germany, and Sweden, and nine crew members. Iran's Air Accidents Investigation Branch (AAIB) has opened a probe into the crash welcoming experts from countries whose citizens died in the plane crash to join the investigation.

Giovanni de Briganti, a defence analyst and editor-in-chief of Defence-Aerospace.com, believes that at this stage it is impossible to confirm whether the Ukrainian airplane was indeed shot down by Iranian air defence missiles.

"I have seen no official statement on this yet, but some reports suggest the Ukrainian Boeing 737 was returning return to Tehran because of a technical problem, in which case it could have been mistaken by the Iranians as an incoming attacker. The missile battery would not have necessarily been informed by the tower that the aircraft was turning back", the defence analyst suggests.

Briganti highlights that "mistakes do happen", citing an air incident in which a US Navy cruiser, the USS Vincennes, shot down an Iranian A300 airliner in 1988, "which it mistook for an attacking Iranian aircraft". A second similarly controversial incident occurred in 1983, when the USSR shot down a Korean Air Lines Boeing 747 believed to be an American spy plane.

"There are widespred fears that military airplanes could hide under a civilian airliner to launch a surprise attack, especially in countries which have older radars not capable of accurate target resolution, so air defences tend in some countries to have twitchy trigger fingers", he presumes.

Ukraine's National Security and Defence Council is considering four major versions of what could have happened including a terror attack, engine malfunction, collision with some flying object departing at the time from Tehran's Imam Khomeini Airport, or a missile strike.

Meanwhile, a 19-second video has emerged on the internet. It was released by The New York Times on Thursday. The clip features a small explosion in the sky, which is claimed to be an Iranian missile striking the Ukrainian Boeing.

For his part, Canadian Prime Minister Justin Trudeau stepped forward saying that he had intelligence information from multiple sources that the Ukrainian jet was shot down by an Iranian rocket. In response to Trudeau's allegations, Tehran asked Canada and any other government to share information with the Iranian committee investigating the air incident.

According to the Pentagon, at approximately 10:30 p.m. (GMT) on 7 January Tehran launched over a dozen short-ranged missiles at American positions in Iraq in retaliation for a targeted US drone attack that killed Iranian Quds Forces chief Qasem Soleimani. The DoD suggested that at least 16 rockets were fired from Iran's Tor-M1 9K331 air defence system (NATO reporting name: SA-15 "Gauntlet") at Iraqi bases in Ayn al-Asad and Erbil; about 11 missiles hit al-Asad and at least one struck a military installation near Erbil while four Iranian rockets were believed to have broken up in flight.

Ali Abedzadeh, Iran's Civil Aviation Organisation chief, who vehemently rejects the version of an accidental missile attack, reported Thursday that Iranian and Ukrainian specialists were "downloading" data from the jet’s black boxes in order to find out what really happened.

For its part, the International Civil Aviation Organisation (ICAO), has urged the sides concerned for "diminished speculation about the possible causes of the accident until the Annex 13 investigation is permitted to be concluded and its official results are confirmed".